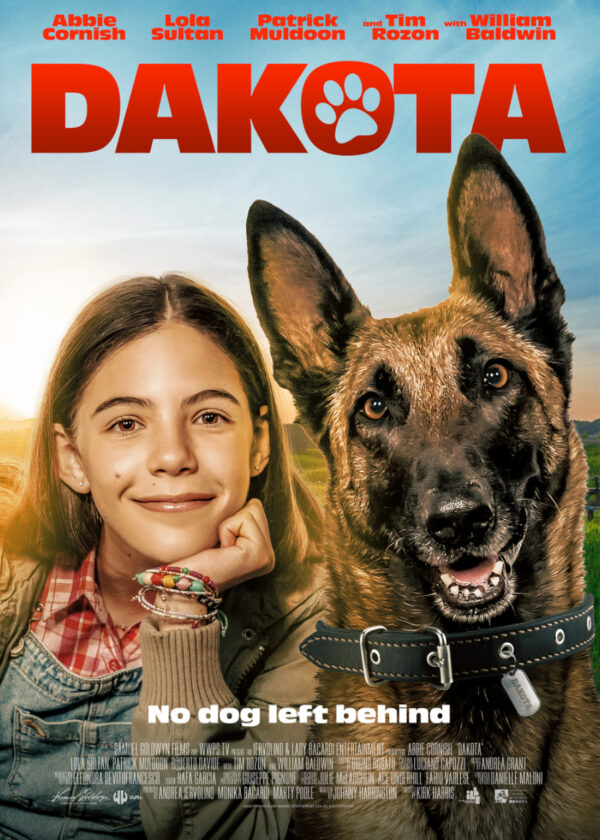 Kate, a widow who lost her husband in the war in Afghanistan, struggles to maintain her small-town farm with her daughter while also running the local volunteer fire department.

Dakota’s heartwarming story shares how one service dog’s loyalty can restore what once was lost.

Alex grew up quickly — but not by choice. After her father Clay dies in Afghanistan, she and her mother are left hopeless, scraping by and praying the bank won’t foreclose on their family farm. Passed down by Clay’s grandfather, this land holds generational value, fond memories, and unforeseen treasures.

Dakota, Clay’s service dog from overseas, ducks the military’s protocol and return home to Clay’s family. Though Alex believes they don’t have the time or money to look after a dog, Dakota quickly becomes Alex’s ally, and unknowingly, Alex begins to lean on Dakota as a gateway to healthily grieving the loss of her dad.

Meanwhile, Dakota senses that the local sheriff’s generous offer on the farm doesn’t come from a place of good will. It’s up to Dakota to use her military training and uncover the sheriff’s dirty scheme to take over the farm and claim its buried treasures.

While there is one swear word and a few moderate flashbacks of war to consider, Dakota is a heartwarming, family-friendly, faith-based film. Themes of bravery, loyalty, forgiveness, healing, friendship, and the power of prayer are consistent throughout. Even the lessons learned in this story carry virtuous scenes appropriate for young children.

Dakota is a refreshing film that denies today’s culture with traditional values of family, love, and sacrifice and is Dove-approved for All Ages.

Dog fan or not, Dakota is guaranteed to give all the warm, furry feelings of home.