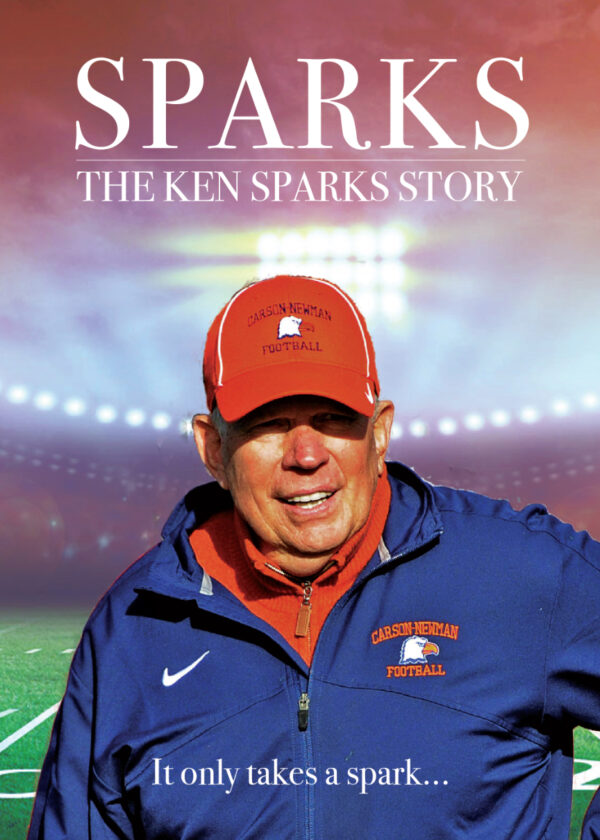 For 46 years, Ken Sparks devoted his life, despite the sacrifices it demanded of him, to coach the game of football in such a way that it led players and fans to Jesus and in so doing made the man a legend.

Ken Sparks was the head football coach at Carson-Newman University for 46 years until he died in 2017, and he is considered a legend, not so much for his outstanding coaching abilities as for his love for his players. Sparks: The Ken Sparks Story is a tribute to the exceptional life Sparks led, as he devoted himself from a young age to winning souls on the football field.

Candid interviews tell the story of this revered man’s life that are vulnerable, powerful, and touching. Ken had the ability to speak into people’s lives with gusto, always asking “how’s your heart?” This is the thing he cared about more than winning, for he strongly believed that if you put the Lord first, then you always win. The way his own son recalls his father’s legacy in these candid interviews will move the viewer to tears at times, and his peers and the players he deeply affected tell their story with conviction and gratitude.

It is believed by all that Ken never backed down from an opportunity to share the Lord and help his players understand the integral value of their lives as men. A record holder for the most wins as a coach in NCAA Division II history, and winner of five NAIA championships, this film seeks to communicate that Sparks was a humble man, who sought to lift up the downtrodden and speak purpose into their lives. Ken’s ability to see people and the gifts they possess, and leave a lasting impact on them, is well portrayed in this touching tribute to a great American figure.

This thoughtfully told story of the life of a great man of faith stress that it only takes a “spark” from God to achieve the impossible.

Christian biography that highlights a man of faith in God and his testimony.

Main character of biography sacrifices time and effort and follows his calling into the service and personal formation of his football players.