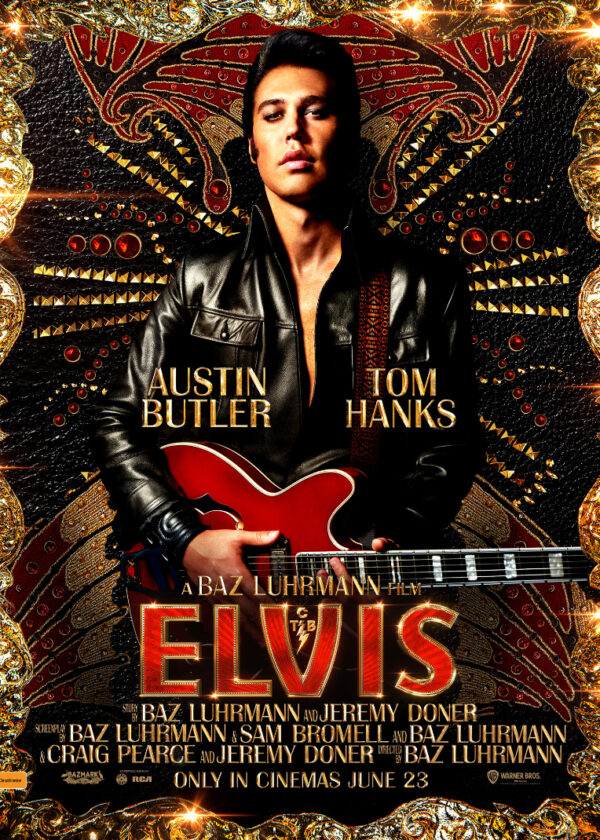 From his childhood in Tupelo, Mississippi, to his rise to stardom starting in Memphis, Tennessee, and his conquering of Las Vegas, Nevada, Elvis Presley becomes the first rock ‘n roll star and changes the world with his music.

Elvis the movie takes readers back to the rock and roll legend’s start, to a time when a young, impoverished boy was influenced by African-American-inspired Blues and Gospel music.

Once Elvis began making music, playing small shows with big hopes to uproot his family from poverty, Colonel Parker, a veteran show manager, discovered the potential star. The Colonel promised to make Elvis an unstoppable, unforgettable name—but at the secret expense of using Elvis’ talents to pay off all of his enormous gambling debts.

Meanwhile, though Elvis longed to remain loyal to the black community who inspired his love for music, government leaders favoring segregation sought to have him arrested.

Rebelling against the police and cultural norms—all while unknowingly being subjected to the Colonel’s financial abuse—Elvis became an unforgettable name in music culture’s history.

This film portrays the raw, real pressures of fame—and the toll such pressures take on not only the body but soul. As Elvis chased his two sole goals to provide for his family and give his fans the music they loved, the Colonel slowly manipulated all Elvis was and would become.

While Elvis has noble intentions to provide for his family and end the sin of racist hatred, he gets lost in a world of nothing short of sin and darkness.

Elvis fans will, no doubt, find this tribute fascinating, factual, and nostalgic. It will call back classic music memories and the buzz Elvis brought to this country. The acting is remarkable and cinematography outstanding. However, due to the heavy elements of manipulation and addiction, Elvis is Not Dove-Approved.

Elvis prioritizes providing for his family; the film sheds light on the racist culture of the 50s and 60s.

Police brutality against black people, riots, mobs, and in one scene, an inebriated Elvis shoots at someone who isn’t there.

Half-naked women are predominant in the film, from show girls to Elvis’ wife and mistresses.