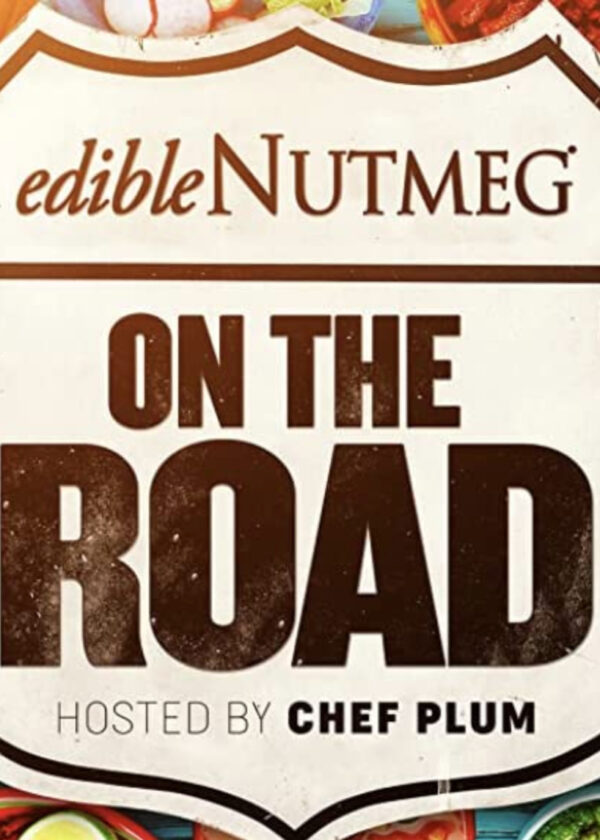 Edible Nutmeg: On the Road

This is a fantastic series, and the 20-minute episode Dove reviewed is jam-packed with various scenes and information, including Chef Plum visiting a micro-green farm, where organic edibles are grown, to a bee farm where honey is produced.

Chef Plum promotes what he calls “fantastic local foods” and has made a career out of doing so. He uses local foods from local farmers and encourages the use of local artisans and farms. “They make great products!” he says, as he enthusiastically endorses them.

He shows some of his favorite places in the “nutmeg” state, Connecticut. As he beams with hometown pride, he takes the viewer to Gilberties Herb Gardens, run by Sal Gilberties. Petite edibles are produced in Easton, Conn., and Chef Plum says he uses their micro-greens, all organic, all the time.

Gilberties have been producing edibles for 90 years and we learn there is a three-week cycle from seed to when the microgreen is cut. And a microgreens cookbook is shown, which shows how to grow them, and a recipe section is included in the back of the book. “What a great book!” gushes Chef Plum.

Also shown is a micro-green that can be used in burgers, and a green that looks like a lily pad. “Let’s make a salad!” urges Chef Plum, and he proceeds to do so. It includes greens, avocados, bacon bits, and carrots. He also uses cumin and mustard. “Mmmm … good!” he exclaims. He goes on to make a vinaigrette in a pan. He adds a “cheers” with forks with Gilberties.

Next, we meet Carla Marcheese, who runs “Red Bee Honey,” and we see the honey making process. Marcheese shares that one should never swat at the bees, but should walk away and return a short time later if they seem stirred up. She uses smoke to move them on and she says they remain calm. We learn what “propolis” is, and about the bees bringing back “the nectar.” Chef Plum proceeds to make a roasted tomato with relish honey salad and he includes cherry tomatoes, chopped jalapeños, and a sweet dressing. He mentions cocktail hour and he uses vodka and a lemon slice for a drink, with honey, but says to use seltzer for a non-alcoholic cocktail.

The visuals are great, including those of the farms and bees, and the lessons of growing and making great foods is nicely shown. This series has easily procured our Dove seal for All Ages.

This is a fascinating series with great visuals and easy lessons to learn, one in which the entire family can enjoy.

The various farmers and bee makers use quality foods and tactics in making the best products available; the chef encourages patrons to use their local markets and artisans.

A cocktail with vodka is shown and a toast is made and two people sample it; the way to make the cocktail with seltzer is also mentioned.