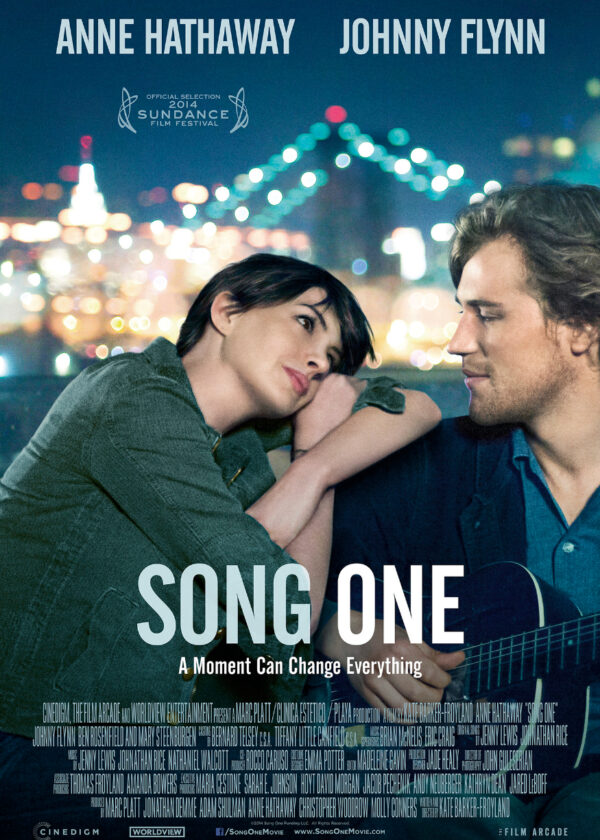 A young woman strikes up a relationship with her ailing brother’s favorite musician.

This movie shows there is always a light to be found in dark places. Starring Anne Hathaway and Mary Steenburgen, the movie focuses on a family, namely Franny (Anne), her mother Karen (Mary), and her brother Henry (Ben Rosenfield), who is an aspiring musician. Henry is struck by a car one evening while crossing the street following a time of playing his guitar and singing for donations at a local subway station. He is hospitalized and Franny is contacted about her brother.

Franny, who was out of the country, flies back to be with her mother and to keep a bedside watch. Henry is comatose and the prognosis isn’t great that he will come out of it. Franny feels guilt as she and Henry hadn’t spoken to one another in about six months. He did not go to college as she did, preferring to seek his fame and fortune as a musician. They argued about it and only now, seated by his bedside in tears, does Franny regret the lack of contact.

Franny winds up popping a CD in her player, one that Henry had sent her, of a song he had sung, and she is moved by the experience. She sees posters of a musician named James Forester in his room, and after reading through a journal Henry had kept, Franny learns that Henry loved Forester’s music and was hoping to connect with him. She also finds an unused ticket to a James Forester concert, and she decides to attend it herself. She makes it to the Bowery Ballroom, and soon James is on stage, saying, “Hello New York.” James is very talented with a nice voice as he sings and strums his guitar. James plays the violin too and performs a memorable song about life’s difficulties.

Franny manages to meet James and she gives him a CD with a song on it that Henry had hoped James would listen to. Franny explains what happened to Henry and James takes the CD.

Later, James winds up visiting Henry in the hospital, and he tells Franny he liked Henry’s song. Franny, continuing to work at coming to terms with what has happened to Henry, visits some places he liked, including a diner. In fact, she and James meet for a meal. Franny and James begin to get to know one another, as James explains he lives in a cabin in Maine when trying to be creative. He also broke up with his ex about a year before when she met someone else. Franny shares that she is getting her PhD in Anthropology. When she tells James she has been frequenting places that Henry had gone to, he replies, “You’re his sister. I get it.”

At one point, in an emotional scene, we see Franny play a keyboard in Henry’s hospital room, and she tells him, “I’m sorry.” She keeps trying to help Henry to wake up, including holding some M and M’s under his nose, as he loved M and M’s. At one point James, Karen and Franny all give a toast to Henry. Yet there is tension between Karen and her daughter, as she tells Franny, “You came out of my womb having all the answers.” She is upset that her daughter didn’t keep in touch except for a few texts. Yet they do manage to move forward in their relationship.

There are a few light moments in the film, including the scene in which James shares that once when he was being interviewed, and was asked about anything unusual happening to him, he replied he was once chased by a moose in California! Franny and James become romantically involved, but will it last?

One of James’ songs features a line about believing in miracles and sure enough, Henry finally wakes up near the end of the film. But then James disappears. Is it for a short time or for good?

The film does a nice job in showing a family coping with a tragic event, but unfortunately the film includes some strong language in addition to sex outside of marriage. Therefore, it has not earned our Dove seal.

This is a well-made film which would have reached more families had the movie stuck to a more wholesome approach.

A journal has an entry about the writer wondering if there is a God; a singer sings about the mystic and the other side of life.

A couple kisses passionately, undress each other (nothing graphic), and have sex outside of marriage.

A young man is struck by a car, but it is portrayed with lights and the car’s tires screeching.

Drinking including wine and a toast with wine.

A woman’s bare shoulders are seen and a man’s shoulders too.

A woman gets a tattoo; tension between characters including a few disagreements; a family copes with a loved one being in a coma in the hospital.