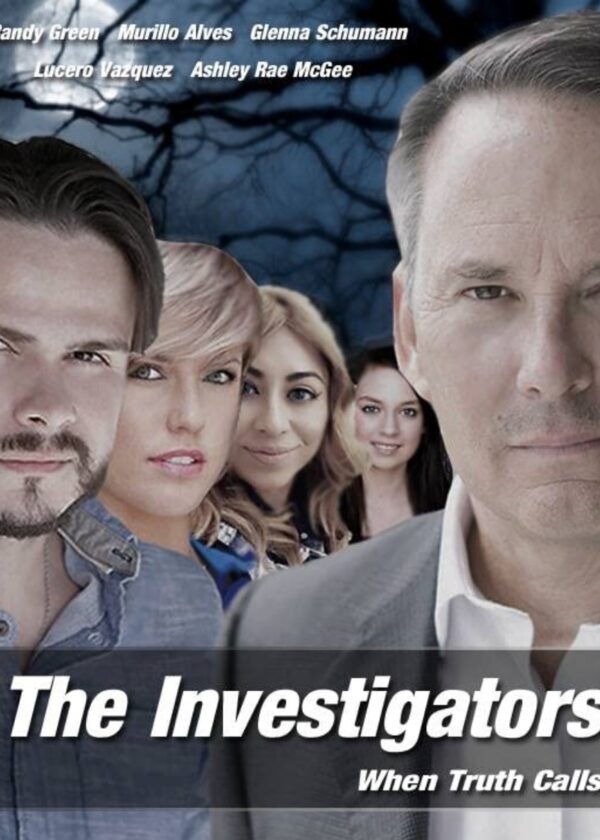 The Investigators: When Truth Calls

It all started one fateful night when a young Ernesto had an encounter with Jesus Christ Himself. Now, 18 years later, can Ernesto’s faith help Ben (his brother-in-law) before it’s too late?

Here is a movie from Rookie Films that may lack the spit and polish of a more costly, high-quality produced film, and yet features a gospel message of hope. It centers around a character named Ben Richardson (Randy Green), and his doubts about God. Ben’s mother was a Christian but, unfortunately, she followed the advice of a “fraud” preacher, who tells her to quit taking the medicine she is on, and to have faith that she’s been healed. She soon dies. She tells Ben before she dies that she made the mistake in following the preacher’s advice, and she prays God will forgive her for her decision to listen to him. Yet Ben is unrelenting in his hate toward the preacher, and he wants to hear nothing about God.

Later, Ben marries his true love, Jessica (Lucero Vasquez), and there’s a cute moment in the film when he finds a ring on the ground and shows her, and she thinks he’s proposing! He wanted to propose to her but not at this particular moment. But she accepts and so they’re engaged! Years later they have a daughter, Zoe. When Jessica and Zoe are killed in an auto accident, Ben becomes even more angry with God. Yet, did Jessica and Zoe really die? Or is there more to this story than meets the eye?

Ernesto (Murillo Alves) and Casey (Glenna Schumann) reach out to Ben. Ernesto is a minister who unrelentingly ministers to Ben, telling him that God is a friend, not an enemy. Ernesto also has his hands full, taking authority over a witch and her black magic which attempts to turn those he loves to evil. She wants a witch in training.

The title of the film comes from a TV show in which Ben, a police officer, appears in the show to investigate various crimes and mysteries. The movie deals with real-life issues, such as sickness, and death and grief. It also shows the struggle that some people have in dealing with a loving God yet living in a world of pain and suffering. Ben’s own dad is a Christian who prays for Ben’s survival after a crash in which he has also been shot.

There are scary images in the film, with monster faces and a witch laughing along with eerie music. Yet Ernesto, Ben’s mom and dad, and others minister Christ to those who are hurting.  And Ben must confront his feelings when Antonio, the fraudulent minister who fleeced thousands, is caught up with. It is stated that Antonio also led others to their deaths by telling them to quit taking their medicine, instead of allowing a real healing to speak for itself. It should be noted that Natasha Hawke is very good as young Casey. She’s very believable.

Parents are to be cautioned. There are a few uses of language in the film, along with a bit of drinking, and the scary images. Yet, the gospel message of Jesus Christ is shared, as well as scriptures that are quoted and seen on screen. And we see changed lives in the film. Therefore, it has earned our Dove seal for Ages 12+.

This movie clearly shows that no darkness is so great that it can overtake the gospel of Jesus Christ.

A few people speak of Jesus Christ and the gospel; scriptures are quoted along with the 23rd Psalm, scriptures are seen on screen and a man invites Jesus into his heart.

A car crash; gun held on young man; a man is shot and in a car accident with crashing glass; monster-like demons terrorize a few people.

A few scenes of a man drinking beer.

Shirtless man in a scene.

A woman practices the occult and witchcraft and scary images are seen of monsters along with darkness and eerie music; a priestess wants to convert a woman to be a witch; tension between characters; death and grief.