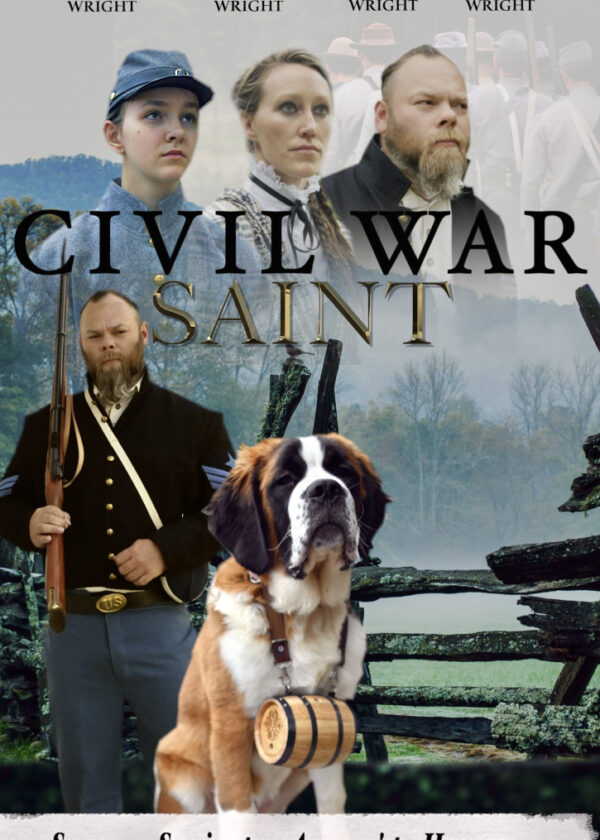 Civil War Saint is about a war hero, Jonathan, who is injured in the woods. A dog from a nearby home rescues him. A woman bandages him up and he takes the dog as a guide to find his way home. Along the way, he finds a runaway girl and a homeless woman. Together, while finding their way home, they find love, community and most importantly, freedom in Jesus.

Civil War Saint a faith -based drama and deals positively with issues such as love for country, equality, and patriotism. Christian viewers will enjoy the Christian-themed lyrics of the songs played, as well as the pro-family elements. This film has additional positive elements such as honesty, honor and forgiveness. This is displayed when Jonathan asks for forgiveness.

Interwoven within the plot is a connection between love for country and love for Jesus.  Christians who favor historical films that take a pro-military stance will particularly like this film. Additionally, negative elements such as revenge, rebellion and greed are also explored. However, villains receive consequences for their actions.

The biggest issue with the movie is the acting. It is one family fulfilling most roles. Most of the dialogue and acting feels forced and some scenes seem irrelevant to the overall plot. There are also some scenes and lines of dialogue that are confusing to the audience. There is also light violence including acenes of gun shots and light blood is shown, as well as light foul language. There are also discussions about revenge as well as dysfunctional family systems. Any of the objectionable content, however, does not go further than a PG rating.

Civil War Saint is a family film that parents and older children will enjoy together. It can also be used as a good educational film for homeschooling families. Because of issues with violence, however, parents may question whether this movie is appropriate for younger children. Because of these elements, Dove gives Civil War Saint the seal of approval for ages 12 and up.

Children will enjoy the overarching element they can be of help to those in need. Parents will like the strong bonds of family and Christian values such as honor, patriotism and respect.

Positive elements such as honor, honesty and redemption and always coming home to the Father’s love

Characters do the right thing even if they risk their lives; honor, serve and protect each other

Brief discussions about sex slavery (but has redemptive element).

Scenes of gun shots; one person is wounded; person threatens young girl with a gun; a man hits men over head with gun.