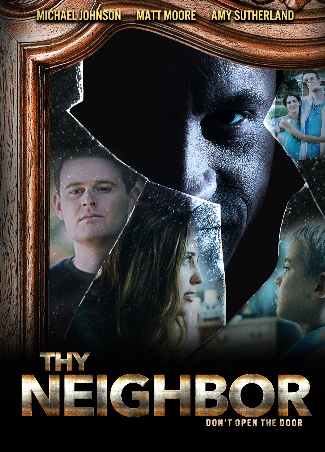 A hotshot young author becomes the pastor of a small-town church with big dreams of changing the world, but things change when he grows suspicious that his neighbor may be a threat to his family's safety.

Thy Neighbor offers a suspenseful and dramatic look at the motives of the human heart, but doesn’t fully deliver on its promise of redemption.

Message that God can redeem anyone.

Kissing, mildly intimate scenes between a husband and wife.

Shirtless man in a hot tub, woman in a bathing suit.