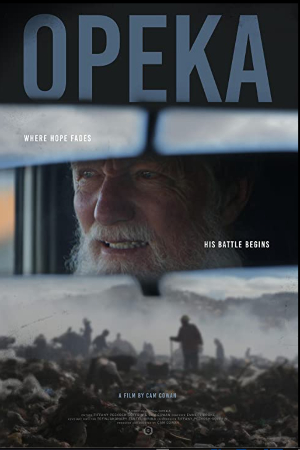 An iron-willed Argentine priest inspires hope for an entire nation by teaching people living in Madagascar's largest landfill to build a highly functional city in their failing African country.

Pedro Opeka could’ve been a professional soccer player in his native Argentina, could’ve made a lot of money. He passed it up to become a Catholic priest in faraway Madagascar, a land of backbreaking, soul-wrenching poverty where he pointed the way to hope in a place that hope forgot.

This is nothing like Disney’s Madagascar, where the animals talk, where penguins lead an escape from New York City and Chris Rock’s voice comes crackalackin’ through a mouth of a cartoon zebra. This is the real Madagascar, where children fight pigs and other scavengers for scraps in a landfill. This is a land where people are rejected and unloved. This is where Father Pedro, a missionary whose life is defined by sacrifice, has been rolling up his sleeves since 1972 to help them rescue themselves.

Father Pedro knows something about building as the son of a bricklayer. But this French-speaking island nation off the eastern shores of Africa was daunting, besieged by extreme poverty and the political unrest and corruption that always seems to come with it. Even if you have the knowledge to build, what it is without the materials? That was among the first problems to solve.

Nevertheless, against the staggering odds, the priest taught those living in Madagascar’s largest landfill that they could build houses for themselves. Through English subtitles, we learn how he led them through decades of work that slowly paid off as the people built it brick by brick, coming together to create villages, schools, medical clinics, even a college.

Throughout the documentary, we see children constantly hanging onto Father Pedro’s arms wherever he goes. Truly, it is for them that he has done the most good, constructing a future for them and teaching them how to construct the future when they have children.

It is a fascinating and powerful tale that proves the adage where there’s a will, there’s a way and makes you wonder if poverty could be eradicated completely if there were only more people in the world who think like Father Pedro. The movie merits the Dove-approved Seal for All Ages.

Father Pedro shows what can happen when you plant the seeds of dignity even in the most barren places and water them with sacrificial compassion.

Father Pedro lives James 1:27 out: “Religion that God our Father accepts as pure and faultless is this: to look after orphans and widows in their distress and to keep oneself from being polluted by the world.”

None, although Father Pedro addresses the issue of celibacy in the priesthood, saying that Jesus never mandated that.

Very little. A drunken old lady is hit in head as another tries to pull her away from the priest.