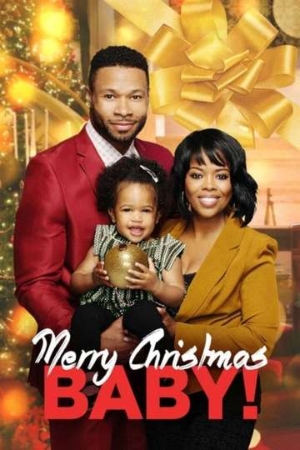 Marci throws herself into preparing for Christmas and building her new event-planning business. But when the business gets off to a rocky start and members of her family face their own hardships, Marci steps up to help everyone have a good holiday.

This funny follow-up to A Baby for Christmas is a delightful sequel, spontaneous, and it carries the first film’s story into some new-and unexpected-paths. Once again we have the struggles of Marci (Malinda Williams), her husband Blair (Karon Riley), Elizabeth (Chrystale Wilson), Marci’s mom Stephanie (Victoria Rowell), and elderly couple Donald (Gregory Alan Williams) and Myra (Deetta West).

It’s about a year since the previous film’s story and Marci and Blair’s baby girl, Chandler, born on Christmas day, is about to celebrate her first birthday. However, Marci is taking things to the extreme, planning a circus type birthday party, lots of presents, and possibly even a petting zoo! Blair thinks it’s a bit much, considering the one-year-old won’t even know a lot of what will be going on.

Marci and Elizabeth have started a new business together, and in a funny moment Elizabeth answers the business phone, with the line “Events by Liz and Marci,” and Marci corrects her, “Events by Marci and Liz!”

Marci’s mom, Stephanie, has been in a relationship with a missionary and plans to visit him out of the country and certain loved ones feel as if she will be abandoning baby Chandler’s birthday party, not to mention Blair, who has come to think of his mother-in-law as a mother. Blair misses his real mother, who has passed. She influenced him to live a selfless life and when Stephanie sees his sadness of missing her at Christmastime, she steps in to emotionally support him.

Then there is Donald and Myra. They are looking very forward to seeing their only child Dana and their grandchildren for Christmas. However, Dana, a missionary’s wife, calls not long before the big day to let them know they won’t be able to make it. Myra is extremely upset but then husband Donald reminds her that Dana is a selfless and kind woman-serving others as a missionary. In other words, they should be proud of her. Myra admits it is true. One of the comedic moments in the film occurs when Myra says, “I don’t know when I’m going to see my Dana again. I mean…what they’re doing is great but why did she have to go and marry such a decent God-fearing man?!”

A young orphan girl named Denny (Nadej K. Bailey), has captured Myra’s heart, as Myra is her “pretend” grandmother. Myra goes to Donald with the idea of adopting her. Donald is not so sure. He points out that they are both retired and had planned to take a few trips in retirement. But it is Blair, who talks with Donald about his own mother’s selfless heart, that touches Donald and has him rethinking the situation.

The plot thickens when a man named Adam, whom Marci used to know and date, winds up with a big contract for her company, unbeknownst to Marci. How will this surprising news play out? Marci considers him to be a tricky man.

One of the refreshing things about this film, along with its humor, is the focus on Jesus being the reason to celebrate Christmas, and some really nice renditions of Christmas songs are performed, including “God Rest Ye Merry Gentlemen” and “O Holy Night”. And a Christ-centered play is presented.

The acting is solid in this film too, from all performers. In a nice scene several perform Christmas songs for the elderly. Peppered with just the right amount of humor, this heartwarming film has deservedly captured our Dove seal for Ages 12+.

This heartwarming Christmas film can be enjoyed during any season of the year.

The mention of Jesus being the reason to celebrate Christmas and Christ-centered songs are sung.

Arguments and disagreements between a few characters.

A few couples kiss during the story.

The drinking of wine.

Arguments and disagreements between a few characters.