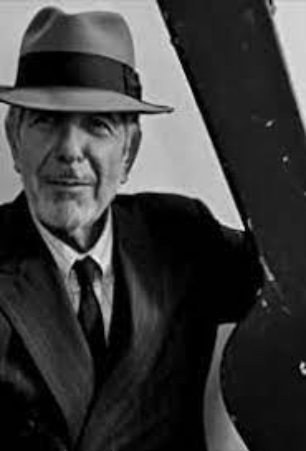 Hallelujah! The movie Leonard Cohen fans have been waiting for, Hallelujah: Leonard Cohen, premiered at the 2021 Venice Film Festival, and it’s every bit as soulful as his music.

In the summer of 1967, The Beatles dropped Sgt. Pepper’s Lonely Hearts Club, and The Velvet Underground dropped their debut album, Velvet Underground and Nico. But something equally influential was happening in 1967, with the arrival of Leonard Cohen, an artist who married melody and poetry as effortlessly as a river meets a stream. Cohen wasn’t as well known as some of his contemporaries (Bob Dylan, Paul Simon, Lou Reed) but like all great artists, his work eventually caught on among mainstream audiences, especially those with an appetite for something different.

The musician — known for his soft guitar and delicate lyrics, as well as his ASMR-like voice — is put front and center in Dan Geller’s heavenly, all-encompassing homage. He contextualizes Cohen’s work through interviews with other artists, as well as Cohen’s world-renowned hymn, Hallelujah.

If you’ve ever been to church, you’ve probably heard the song a thousand times. It’s the one that goes, “Hallelujah, Hallelujah/ Hallelujah, Hal-eee-luuu-jah.” You know the one. What you probably don’t know is the history behind the song, the long, tumultuous journey to get the track released. It took Cohen 50 years to write the lyrics, which are a mix of Christianity and secular fantasy, ultimately reminding us how God triumphs over temptation. “The only thing that can get you through suffering is prayer,” says Judy Collins.

Cohen went through a lot of suffering over the years, particularly in the making of his later albums, so he wrote Hallelujah as a way to cope with his issues, as a prayer. He found a way to speak to God through song, a process the film lays out over the course of two hours, and over the course of his 40-year career. Interspersed with backstory of Hallelujah is the story of Cohen’s life, how he got his start with producer John Hammond, how he wrote songs like Suzanne and Sisters of Mercy, how he was underappreciated  for the first two decades of his career, and how he was always a gentleman, even when Columbia Records refused to release his hymn in the States.

Much like Cohen’s music, the film is lovingly prepared and deeply felt, though it sometimes comes off as a glorified Wikipedia page. It will give you the chance to introduce some great music to your kids, helping them appreciate songs that have real meaning behind them. Despite the occasional references to sex, there’s so much here we can learn from, soak in and appreciate.

It’s beautifully edited; Gelller plays The Songs of Leonard Cohen over intimate archival footage. Musicians offer insight as to who Cohen was as a man. And the music itself is gorgeous, especially the title song, which still echoes in churches to this day. It’s a reminder of how God can shape us, speak to us and sing to us through worship music, and how even a non-believer can be touched by his tune. All it takes is a song and a prayer.

It has met the content requirements of Dove and has earned our Dove seal for Ages 12+.

A beautiful homage that will please fans, newcomers and children alike, “Hallelujah: Leonard Cohen” is one of those films that will inspire you to create and improve.

Cohen has a crisis of faith. Converts to multiple religions.

Judaism and Buddhism are referenced often.

Sex is referenced three times, but in ways kids won't understand. One musician says she is into women.

"Hell," "OMG"are sprinkled throughout. Sex is referenced subtly: "We had to take out the naughty bits, like the line about tying her to a chair."

Someone says Cohen was the rare musician who was creative and did not take drugs.

A shot of Cohen laying on the floor with his shirt off.

Judaism and Buddhism are referenced often.