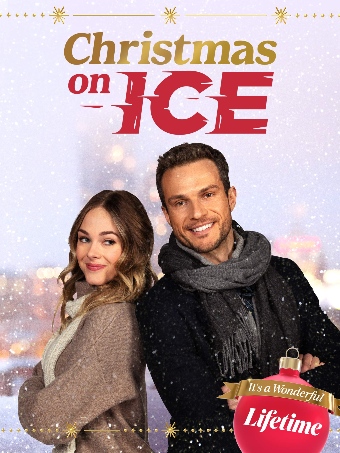 A former figure skater and a former hockey player work together to stop the mayor from closing the local skating rink.

When Mayor Greenwood (Will Lyman) announces the city center rink will be closing, professional skater, Courtney Bennett (Abigal Klein) is determined not to let that happen. Courtney loves her job running the outdoor Oval skating rink where she builds confidence in children by providing free lessons.  Meeting with the Mayor is tomorrow … Beth (Caroline Portu) Courtney’s roommate and assistant to the Mayor says it doesn’t look good and she was right … it does not go well.  The City can’t afford the luxury of a free skating rink despite disappointing countless kids who will not be able to pay for lessons.  And furthermore, the expensive city-funded Christmas Carnival at the Oval, is cancelled!

To make matters worse, Courtney runs into Noah Tremblay (Ryan Cooper) former Toronto Maple Leafs hockey player, who is opening an indoor skating rink that will shut down the Oval and The Skate Shack for good and the Mayor loves Noah’s plan.  It will provide jobs and exposure and revitalize the community.

Courtney is overwhelmed with the stunning massiveness of Noah’s indoor skating rink and facility.  There is no way she can compete.  But when Noah tells Courtney his young daughter, Grace (Meara Mahoney-Gross) chose The Skate Shack over his facility because of Courtney, she is a little lost for words.   When Noah offers Courtney a job at his facility, she turns it all around and asks for his help to save The Skate Shack. But…she needs a business plan and conveniently, Beth knows how to write one, and yes… also has access to the city budget.

Courtney initiates a Christmas card campaign and dozens of citizens send in cards asking the Mayor to save the Oval.  The Mayor is overwhelmed, but saddened as he looks at the picture of the woman on his shelf.

After receiving a thousand Christmas cards asking that he save the Oval, the Mayor tells Noah he must hold the Christmas Carnival at his facility to appease the citizens. Courtney is furious when she discovers that Noah kept the plan a secret.  Noah tells her she doesn’t know the whole story but she is crushed. It’s a betrayal just when she thought they were getting close.

A revelation sends Courtney into a spin as she and Beth piece together the photo, Grace’s familiarity with the Mayor, and Noah’s actions.  When Noah appeals to his former NHL teammates and Courtney presents her proposal to City Council … well, it truly becomes a Christmas miracle for all!

Friendship and family and warmth of the heart … a beautiful story to make you think about your loved ones and the support you can provide to make dreams come true.

Courtney is faithful to her passion, the children, and the community; Noah is loyal to his daughter and her deceased mother and makes the right choices; the good Mayor relents and the Christmas spirit abounds.

Scene implies Trevor stayed the night with Beth but no bedroom scene or inappropriate behavior.