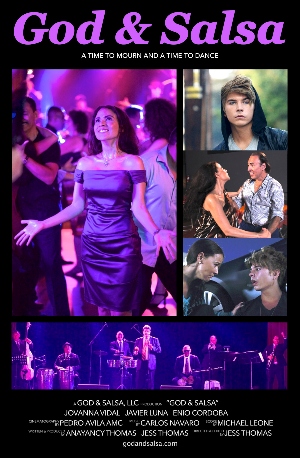 A grieving therapist determined to help a suicidal teen regains her faith in the process with the help of her pastor and dance instructor.
10
Negative Rating
12345
SexLanguageViolenceDrugsNudityOther
7
Positive Rating
12345
FaithIntegrity

This movie tackles several difficult issues including divorce, suicide, and guilt. The plot connects several major players. Raquel Cortez is a lead therapist at a clinic, and she has endured her own great loss-her daughter committed suicide. A teen boy named Shane is sent to see her after he attempts suicide himself by taking several pills. He’s depressed because his parents, Matt and Monica, are divorcing. And Monica is telling her children, Shane and Amanda, that it’s all the dad’s fault. We learn, however, that this isn’t true. Monica is manipulative and self-centered. Matt visits Raquel too and she sees that he’s a caring father.

If there is a shortcoming in the film, it’s that we learn to care about the characters as we get to know them in the film — it’s a process. It would have been nice to have seen them portrayed in a better light at the beginning, perhaps in flashbacks. Instead, we are introduced to their problems and attitudes immediately before we are comfortable with them as characters. Still, the film is to be commended for its portrayal of real-life problems and the difficulties in sometimes navigating through these various storms of life.

Raquel is inspired by Ecclesiastes 3:20 — ” there is a time to mourn and there is a time to dance” —  and ends up attending a dance school that teaches Salsa. There, an instructor tells Raquel that the physical activity of the dances and the focus required helps people cope with their problems. He tells her that several dancers have faced serious situations in their lives. Raquel is often contacted by phone by a woman at her old church, who continues to reach out to her despite the fact that Raquel hasn’t darkened the church doors for some time. The woman also sends her links to the pastor’s messages. And his messages happen to deal with looking to the Lord for help and in dealing with grief.

We do see the characters go through a metamorphosis as they slowly learn to cope with their problems. For instance, Shane believes that his dad is responsible for all the problems in the home, but when he finally spends some time with him, he learns that he is far from the monster that his mother said he was.

There are some “heavy” moments in the film. Shane is seen with the pills by his side and his mother calls an ambulance after his attempted suicide. We see Raquel, who is slowly getting Shane to open up about his feelings, dealing with her own grief and guilt concerning her daughter’s suicide. We see Shane’s mom, yelling at him for spending time with his dad and blaming his dad for all the unhappiness in their home. She also accuses the dad of having had an affair when she, in fact, was the one who did.

The movie moves toward the conclusion with an impending court battle as the mom wants 100% custody of the kids, but Raquel meets with Monica and learns that she puts on a good front in blaming others and taking no responsibility herself.

The film offers some hope. Matt confesses at one point that he has recently prayed for the first time. And snippets of the pastor’s sermons are played throughout the film.

The film does contain some language here and there, with deep dramatic moments revolving around suicide, guilt, and divorce. It does, however, offer hope in working through these traumatic moments in life. It shows the viewer that God is always present to listen and to help with the load of life. The movie has earned our Dove seal for Ages 12+ but parents should consult the content listing in order to make their own informed decisions as to their children ages 12 and up viewing it. It is an informative movie in many ways.

A grieving therapist determined to help a suicidal teen regains her faith in the process with the help of her pastor and dance instructor.

A pastor’s sermon on turning to Jesus with grief is seen in a few snips throughout the film and a man admits he recently prayed for the first time.

A woman refuses to give up on a teen boy who attempted suicide and she continues to counsel him and takes his call when she is at a dance; a father continues to reach out to his children despite the mother’s false accusations against him; a woman faithfully calls a character to invite her to return to church.

A woman accuses her husband, a high school math teacher, of having an affair with a legal-age student but we learn it was the wife that had an affair.

A mother slaps her son’s face.

A young man takes opioids to attempt suicide but he survives; a comment about using opioids and “pot”; drinking in a few scenes and alcohol is seen in a few scenes; a young man is seen briefly smoking a cigarette.

Guilt over the death of a child who committed suicide; death and grief; parents argue with each other; a mother yells at her son; tension between characters; a woman lies on her husband; a woman who is dealing with grief accuses God for her daughter’s death but she keeps reaching out to God.