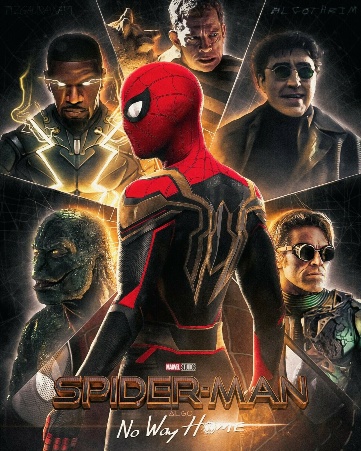 With Spider-Man’s identity now revealed, Peter asks Doctor Strange for help. When a spell goes wrong, dangerous foes from other worlds start to appear, forcing Peter to discover what it truly means to be Spider-Man.

As Christians, we all want to forget those things that are behind us and press on toward the call of Jesus Christ. As a superhero, Spider-Man wants a little forgetfulness too, only his seems like a bigger ask — he wants the entire world to forget that he’s really Peter Parker, a little secret that Mysterio and J. Jonah Jameson let out of the bag in a slander-laden revelation from the last thrill-packed adventure.

Getting a secret back in the bag, however, is like getting the toothpaste back in the tube: You can’t. And would you really want to brush your teeth with it if you could? It would probably only make things worse.

Guess what? That’s exactly what happens in No Way Home — things get worse. Recruited for a favor by the now-outed Parker, Doctor Strange had one job — to cast a spell that would make the world come down with Spider-amnesia. That’s a pretty big favor and the reluctant doctor proceeds, only to open the door to multiple Spider-verses for a seemingly never-ending who’s who of Spider-villains of yore to walk through.

Parker had good reason for wanting to go back to the way things were: In addition to restoring a staple of all good superheroes (the secret true identity) he and those associated with him — most notably his friends, MJ and Ned — can’t get into MIT, or any of their second-choice schools as a result.

But like many good intentions, the unforeseen unintended consequences show up as well. In No Way Home, it leads to a wild, rollercoaster ride of a film that’s certain to please its core base of Spider-Fans.

For those of you just wanting to know the cautionary Spider-elements, maybe those are unintended consequences of the moviemakers trying too hard to appeal to the base. The language is concerning, the violence — being that it’s almost expected in a superhero study — a little less so. Some will have a problem with occult overtones, with the casting of spells and all.

The language is the element that steers No Way Home into the Not Approved Dove-verse, but given all the action, they’ll certainly have a chance to clean it up for the next installment, which this movie — like its predecessors — leaves plenty of room to inhabit.

Knowing the previous installments in the Spider-Man franchise would be a real good idea, and fans likely will find No Way Home one of the most intense, emotional and sometimes wrenching rides of them all.

Themes of redemption and of making things right

Aunt May sees Peter in his underwear with MJ and, assuming they are about to be intimate, warns them to be safe.

Ferocious fights, lightning bolts tossed around, explosions, jump scares — some of it causing a vengeful Peter to get bloody, wild even by superhero standards, in a scene that brings a wrenching, emotional toll.

Man in bar is drunk.

Peter is seen in his boxers.

Casting spells as Peter tries to reverse damage done when his secret, true identity was revealed.