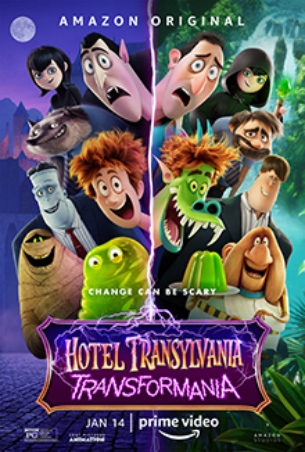 When Van Helsing’s mysterious invention goes haywire, Drac and his pals are transformed into humans and Johnny becomes a monster! In their new mismatched bodies, Drac and Johnny must team up to find a cure. With help from Mavis and the Drac Pack, the heat is on to find a way to switch themselves back before their transformations become permanent.

Hotel Transylvania: Transformania is a fun watch that uses fantasy to illustrate a very real and sticky topic — family dynamics — in a purposeful way.

Kissing between a heterosexual couple, embracing.

A character is nude for several scenes, showing their bare bottom.