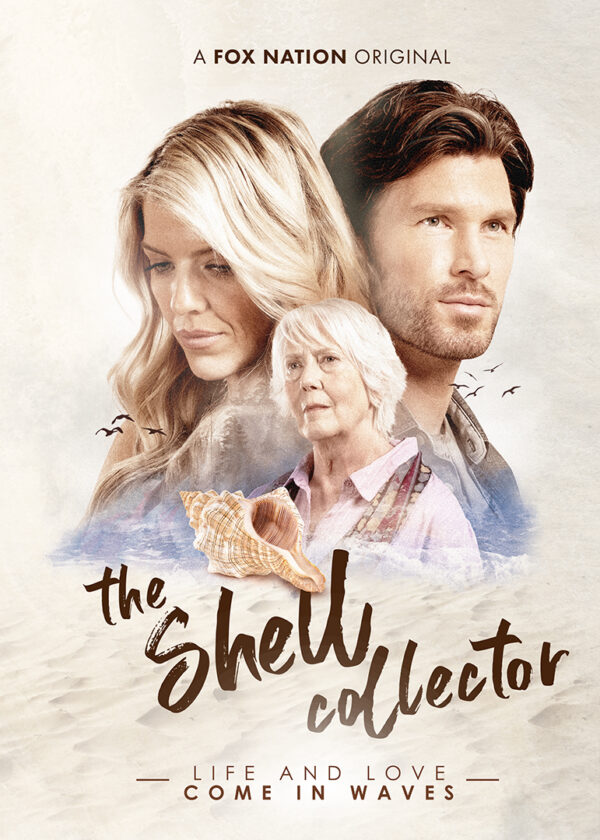 A military widow struggles with her husband’s death, a heartbroken Marine is forced to face his past, and a widowed senior secretly spreads wisdom while she still can. When these three lives converge, they finally find peace and love.

Based on a novel by author Nancy Naigle, this is a touching story about a military widow and her two children as they create a new life after the tragic death of her husband.

Goodbyes for military families are difficult and no different for Amanda (Caitlin Clark) and her two children, Halle (Payton Lepinski) and Jesse (William Carson) . . . but they should only be separated for 6 months. Jack (Patch May) promises he will be back but unfortunately, it’s a promise he can’t keep.

A morning at the beach introduces Maeve (Jennifer Higgin), a daily beach walker and shell collector, who engages the children in shell searching. But the fun and peaceful morning is shattered when Halle mistakenly runs towards a man who looks like her father. Amanda is shaken to see it’s Paul Grant (Christopher Russell), Jack’s best friend and fellow serviceman, whom she blames for Jack’s death.

As Amanda and Maeve visit at the beach, Maeve’s wisdom helps Amanda deal with her grief. As they discover written messages in shells on the beach, Maeve insists each has a special and important meaning and is “divine intervention.” The familiarity of having Paul living in the same town is helping Halle and Jesse cope with the loss of their dad, and Amanda is finally finding comfort in sharing memories with him.

Maeve has no trouble interfering in Paul’s life and she schemes to bring Amanda and him together. A short flashback in Paul’s mind reminds him of his last words with Jack, and with Maeve’s quiet persuasion, Paul gathers the courage to fill the void in the family’s life.

Amanda knows Jack would want her to be happy, but she struggles with whether letting Paul, Jack’s best friend, into her life is the right thing to do, not only for herself, but for her children. Will it lead to more hurt in the future? But when Paul reveals his guilt led him to leave the Marine Corps, Amanda is surprised and noticeably relieved. Their intimate talk about Jack’s death is difficult but comforting to finally share in the grief.

As Amanda learns to trust her heart and she and Paul work together to build a relationship, the children are thriving, and the family unit is being restored. Maeve’s words, “Sometime moving on begins with saying goodbye” rings very true. Amanda finally knows she needs to take Maeve’s advice seriously and “let go.” And when Paul reveals his secret love, he, too, knows it’s time to fulfill his promise.

The Dove Take: “There is a difference between suffering and grief.” When you share your grief, it can help you adjust to your loss and move forward. Be kind to yourself and allow others to provide the comfort you need.

It’s obvious that Christianity is present throughout this movie as Maeve speaks of God providing a “second chance” and the meaningful messages in the seashells are divine intervention; Maeve talks about God answering her prayers

Maeve has the highest morals and principles, is the kindest and most generous; Paul is loyal to Jake in his promise; Amanda protects her children fiercely as they deal with their grief

sharing a beer with friends; no abuse of alcohol or unruly behavior