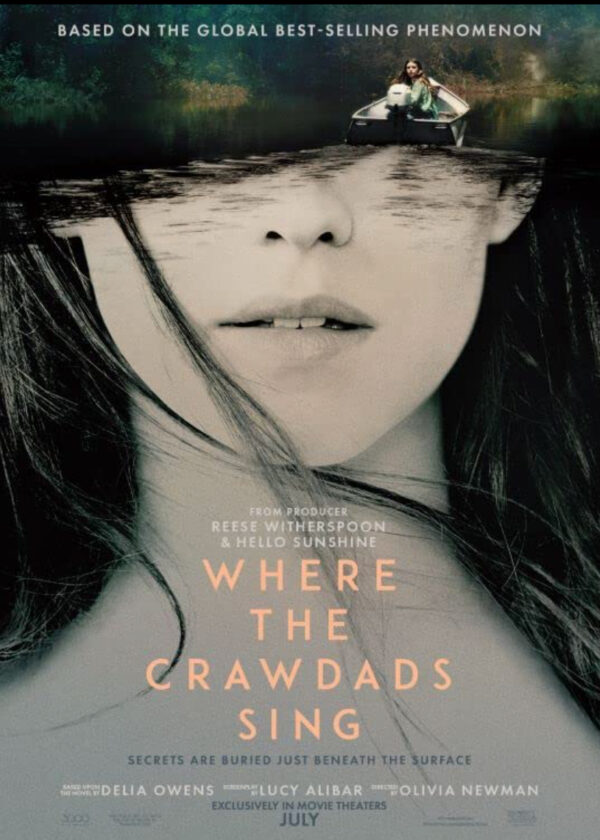 Where the Crawdads Sing

A woman who raised herself in the marshes of the deep South becomes a suspect in the murder of a man she was once involved with.

Where the Crawdads Sing is an adaptation of Delia Owens’ novel by the same name, which convincingly depicts Kya (Daisy Edgar-Jones) as a young, abandoned girl from a North Carolina bayou in the 1950s through the 1960s, who is dubbed by neighbors, “Marsh Girl.” The viewer observes Kya, always barefoot and dirty, being mistreated and abandoned her entire childhood by family and townsfolk, alike, that cast numerous aspersions on her for being “different.” As might be expected, it is only the black shopkeeper couple who takes pity on her, seemingly able to relate to Kya’s marginalization, that is, until love interests surface.

As Kya bravely faces life in a great deal of isolation, providing for herself, yet rarely leaving her charming homey surroundings, she consistently finds comfort in nature, where she communes with the native wildlife, and begins to draw striking representations of these creatures, leading to some unexpected success in her life. As a young woman, Kya becomes embroiled in two romantic situations at different periods, and trouble ensues as a result of one of her partner’s behavior, leaving Kya on trial for murder. Her lawyer, Tom Milton (David Strathairn) skillfully brings a genuine old southern feel to the entire courtroom drama.

The acting is, in fact, outstanding by all, as these characters and those who portray them, move this quiet film along at a comfortable pace. There are scenes of sex, passionate kissing, verbal slurs, and alcohol usage, that are mostly mild in nature. However, some depictions of domestic abuse that include violence; an attempt at sexual assault; and an offscreen murder that much of this storyline revolves around, could be disturbing to some.

Nevertheless, meaningful conversations could take place with older teens, regarding empathy;  the impact of trauma on an individual; the effects of prejudice; and what it might mean to always be in “survival mode,” which makes the ending of this fictional biography that much more shocking.

Where the Crawdads Sing and its metaphorical marsh take the viewer on a psychological journey through one character’s survival against all odds, where the big-bang ending makes the whole ride worthwhile.

One secondary character quotes scriptures as a reason to be kind to others.

Three scenes of intimacy, two of which lead to sex, one of which takes place onscreen.

Disrobed characters with shoulders, upper chests, and backs exposed in the context of sexual/intimate circumstances.