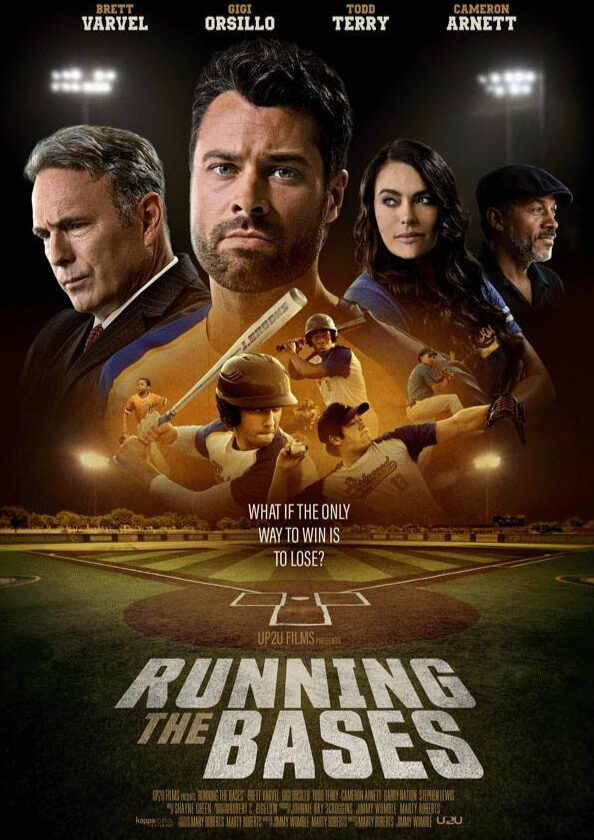 When a small-town baseball coach gets the offer of a lifetime from a larger 6A High School, he uproots his family and leaves the only home he’s ever known. But as a man of faith, he soon faces extreme opposition to his coaching methods from the school superintendent.

In the new faith-based drama, Running the Bases, a devout Christian baseball coach works hard to instill godly values in his high school team while honoring the memory of his brother and hero. Luke Brooks, a good father, and devoted husband, accepts the call to a key opportunity at a new school, carrying with him long-held hometown values, which don’t always sit well with everyone.

Faith is the starting point with everything the Brooks family does, from their relationships to decision-making and disappointments. Even through attacks and trials they go through, they turn to God first and take His guidance with navigating through it. Luke’s son Josh even leads his teammate Ryan to the Lord through witnessing. This sparks a backlash from the film’s villain, who is wounded from doubts and disappointments in his own life.

With legal challenges brought against Luke, some segments of the film may have viewers recalling the megahit God’s Not Dead, but with its sports focus and some comedic moments, often supplied by Josh’s friend Ryan, “Running the Bases” stands on its own. Also, while high school baseball is the framework of the story, it’s really the setting to propel the plot forward and explore the faith and family dynamics. Written and directed by Jimmy Womble and Marty Roberts, the film is well-shot, with some memorable performances by frequent faith-based actor Cameron Arnett, who plays the wise groundskeeper Sam, and the Todd Terry as “bad guy” Michael Jamison.

With many straightforward prayers and lifestyle evangelism, Running the Bases may prompt viewers to follow the Brooks’ example by turning to God in prayer for decisions as well as challenges. Luke’s example of not backing down through adversity and persecution is also inspirational.

All in all, Running the Bases is a nice film to watch with younger viewers that will help reinforce godly and family values they need. Its purpose seems to be primarily honoring God and providing a model for Christian living, while entertaining and inspiring the audience.

Characters’ lives revolve around God and Church, prayer is essential and necessary, and evangelism is prominent.

The film is full of positive role models, and even the villain has a transformation.