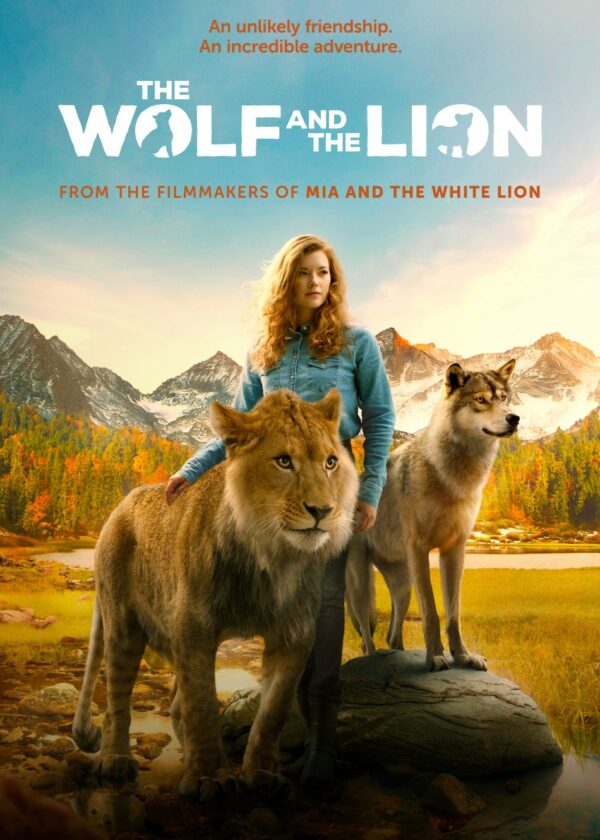 The Wolf and the Lion

A wolf pup and a lost lion cub are rescued by a girl in the heart of the Canadian wilderness. Their friendship will change their lives forever.
2
Negative Rating
12345
SexLanguageViolenceDrugsNudityOther
3
Positive Rating
12345
FaithIntegrity

The Wolf and the Lion is an endearing and heartfelt production that was a very personal project for director Gilles de Maistre, who is dedicated to animal activism, also highlighted by his last film Mia and the White Lion. This time Gilles had the idea to raise a lion cub and a wolf pup together in the wilds of Alberta, Canada, to see if they could bond. He followed their growth in real time, with cameras ready, which extended the production of this project considerably, and he refused to use any visual effects, with the exception of slow motion, to capture this inspiring duo in action.

The storyline is simple, with an “any time, any place, any one” fairytale quality: we don’t get last names of characters, and little to no backstory, nor do we have specifics regarding setting; it’s just an island in Canada. This did leave me wishing there was more substance overall, but perhaps this leans to keeping the animals front and center, who vie for the label of protagonists over the lead female character Alma (Molly Kunz).

There were some holes here: why would Alma turn down a coveted spot at the LA Philharmonic, that she worked so hard to get, to live in isolation, devoted to a pup (Mozart) and a cub (Dreamer) she stumbled upon? And as this wolf and lion she raises up are taken from her and separated, we are a bit confused as to the distance they traverse to make their way back – the implication is that it is cross country, but this doesn’t really add up. There is definitely a lot left to the imagination, but Mozart and Dreamer traipse and play endlessly through an idyllic landscape with gorgeous shots of Canadian wilderness in all seasons, portrayed as a utopian environment in which they are unharmed and faithful to the deep camaraderie they have formed with their keeper.

Though likely characters in the form of scientists, the circus, and even forest rangers set out to subdue and control the animals, Alma fights for their freedom, and is able to provide a safe and loving refuge for them to the end of their days, which is mirrored in real life, as the true bond these animals have formed is secured by the efforts of this director and his animal trainer counterparts. Gilles succeeds with The Wolf and the Lion to communicate his hope that “if these two enemies can be brothers, it means everyone can, which in these troubled times is an important message to reflect upon.”

The Wolf and the Lion is a heartwarming tale of camaraderie against all odds, as we get lost in the journey of freedom these animals and their caretaker undertake.

Sacrificial attempts at saving animals by the lead character Alma, albeit she lies and breaks the law by hiding endangered animals on private property, without consequences.

Shooting at animals with tranquilizer guns, trapping animals in nets, the whipping on a lion off-screen as a means of training.