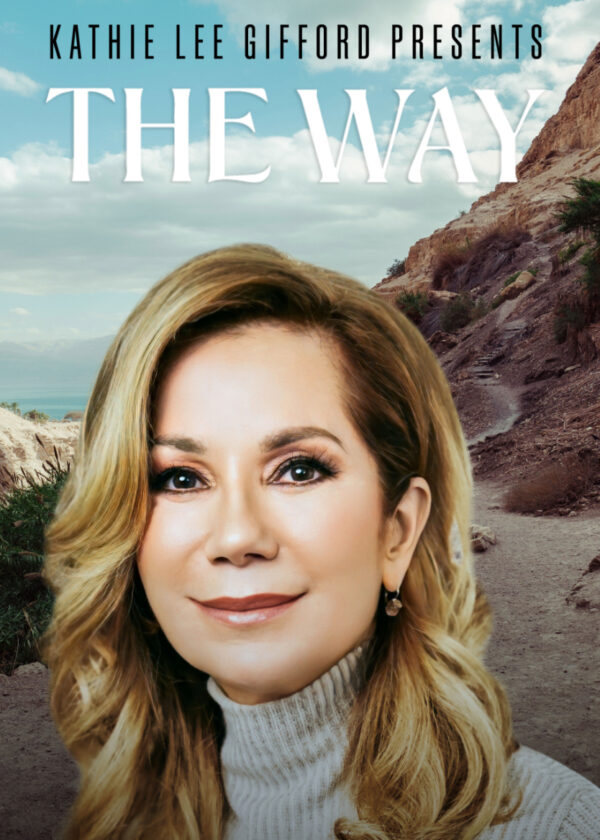 Kathie Lee Gifford Presents: The Way is a musical adaptation of the characters and stories of the Bible. Though lyrical and dramatic presentation, Gifford with a cast of actors make the Bible come to life with original songs used to weave the characters of the bible to tell viewers how they are a part of God’s plan. From Abraham to Sarah to Jesus sung by celebrities such as Danny Gokey, Nicole C. Mullen, Kathy Troccoli, and Bebe Winans, viewers will be delighted by the stellar performances of the cast. The musical is separated into parts: Part One: The God of the How and When, Part Two: The God of His Word, Part Three: The God Who Sees, Part Four: The God of the Other Side. This film retells stories such as the prodigal son, the woman at the well as well as others.

Kathie Lee Gifford Presents: The Way is a faith-based musical that tells the story of the history of Jesus. There is special emphasis on telling the Bible stories accurately as told through Scripture in an engaging way that will delight the audience Families will enjoy listening to the talents of well-known Christian singers such as Danny Gokey, Nicole C. Mullen Kathy Troccoli and Bebe Winans. Kathie Lee says it best, “since the dawn of creation, eternal God has longed to bring all mankind aback to the Father’s house. He accomplished this by sending His one only son Jesus (Jeshua.) Although he was one with God, he left glory to become flesh and dwell among us to show us the way—the only way—home.” Families will feel like they are watching a musical on a big stage, right in the comfort of their own home. The musical also emphasizes current topics like women’s equality, loneliness, redemption and hope.

What is best about this film is the use of Scripture. Told strictly through music and narration by Gifford, it is a great tool for Christians to invite unbelieving friends and family members over for a movie night. They can ask their friends questions or answer the unbelievers’ questions about what they saw and allow unbelieving friends to interact with the Bible in an entertaining and engaging way.

This is a clean family-friendly film. There is no violence, no language, and no sexuality or nudity.

Kathie Lee Gifford Presents: The Way is a musical adaptation that beautifully depicts the stories of the Bible into ways viewers will relate to. This is a film that both parents, children as well as believers and unbelievers alike will enjoy together. Because of these elements, Dove gives it the seal of approval for ages 8 and up.

Children will enjoy the dramatic presentation of the Bible. Parents will like the stellar performances and engaging storytelling used to retell familiar stories in a new way.

Scripture as the focal point of the film.

Taking risks for the faith, believing in the midst of doubt; living out biblical principles despite hard circumstances.