Robert Ri’chard Wants Us to Listen … and Care 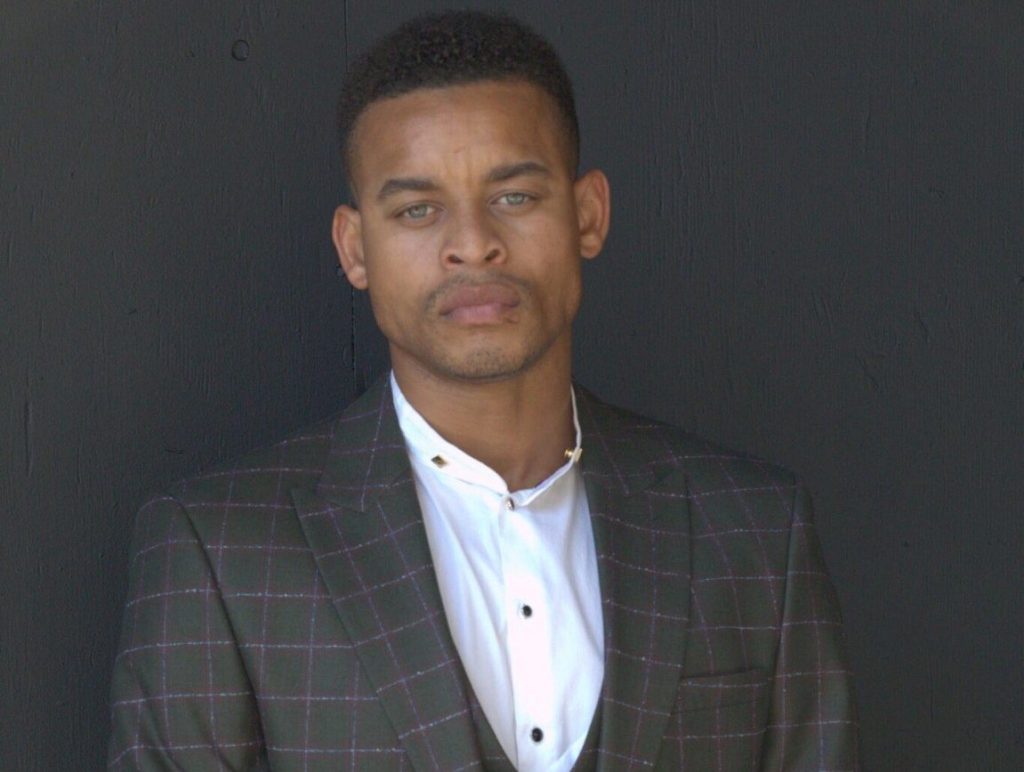 “Our deepest fear is not that we are inadequate. Our deepest fear is that we are powerful beyond measure. It is our light, not our darkness that most frightens us. We ask ourselves, ‘Who am I to be brilliant, gorgeous, talented, fabulous?’ Actually, who are you not to be? You are a child of God. Your playing small does not serve the world. There is nothing enlightened about shrinking so that other people won’t feel insecure around you. We are all meant to shine, as children do. We were born to make manifest the glory of God that is within us. It’s not just in some of us; it’s in everyone. And as we let our own light shine, we unconsciously give other people permission to do the same. As we are liberated from our own fear, our presence automatically liberates others.”– Marianne Williamson

In the 2005 basketball-infused film, Coach Carter (Samuel L. Jackson) transforms the culture of a Richmond (CA) high school by teaching his players to be men in a world that sees them only as basketball players. The quote from Williamson serves as the thesis, the punchline, the final buzzer on what it means for those young men to be fully awakened to who they are and who they can be. In the film of the same name, Coach Carter’s point guard son, Damien, is played by Robert Ri’chard, who will now star in Ty Mann’s My Brother’s Keeper out March 19.

Reflecting on his role in Coach Carter, Ri’chard says, “It’s kind of like the gift that keeps on giving. Someone gives you a nice watch, a necklace, a bracelet – someone compliments you every time. For you as the person who owns that piece of jewelry, the person who gave me this really hooked me up. With Coach Carter, it’s kind of the same way – I can be in Corpus Christi or Kansas City and there’s a random team, a soccer or basketball team, and they might be nineteen now and it’s the same energy as someone who was nineteen fifteen years ago. It’s just beautiful to realize this amazing story that I’m part of.”

Now, twenty-five years into his career, Ri’chard is about to be on the big screen alongside Keisha Knight Pulliam and TC Stallings, in a film by Army veteran and film director Ty Manns. The story Manns wrote shines a light on the hardships of war for those who faithfully serve, and the battle they wage as they return home, often carrying the scars they’ve received and fighting demons they can’t see as post traumatic stress disorder threatens their existence. Ri’chard recognizes that his family’s military service, both his father and brother serve, ties him to a deeper understanding of what it’s like, as military service, faith, and the color of his skin are all relevant to the nightly news, and the current unrest in the United States.

“I think the film is the most relevant thing!” shared Ri’chard. “Whether it’s people suffering from PTSD drawing closer to God, serving your country in a proud way, or coming back to figure out how to be part of this new normal. I get to be part of something that is really going to impact a huge audience, and cross the line for both sides, both conservative and liberal. Whether you’re in the city, suburbia, or rural, it’s going to strike a chord in your heart.”

“It’s a movie that sets the tone where you are told to let me love and serve you.” 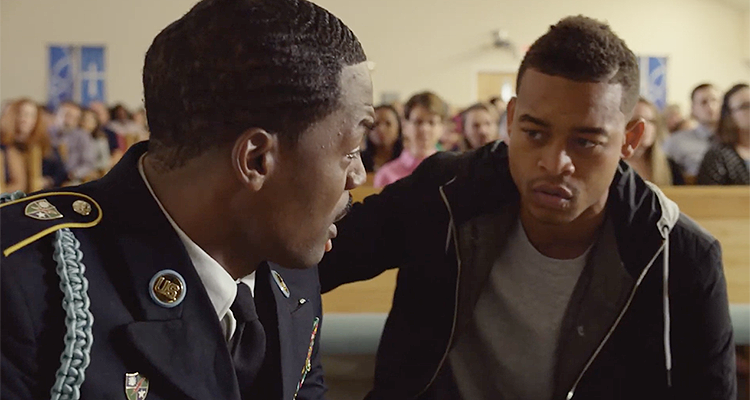 Growing up on the south side of Los Angeles, the thirty-eight-year-old actor could’ve been a statistic. But his father and his grandfather had an active presence in his life, and he remembers dinners spent discussing science, religion, philosophy, mathematics, faith, current events. Moving forward, he learned about other people’s life experiences around other dinner tables, diverse friends who were conservative, Jewish, Muslim, Middle Eastern, and more, as part of the circles he entered as an actor. Ri’chard shared his frustration over our collective inability to listen to each other, to consider what we could learn from each other, the lack of empathy and inability to ask questions.. and he cites an example from Killeen, Texas, near Fort Hood that occurred off of the main news circuit just a few days before the interview.

Ri’chard’s father and brother both served at Fort Hood, and he still owns property in the military town of Killeen, stating that everyone who lives there is “for God and country.” But on Monday, January 11, an African American pastor’s wife called and asked for some mental health care for her husband. The grandfather, father, and pastor was suffering, and she needed help with him. Instead of a mental health worker coming, a police officer responded. In an event, with footage available online, the police officer left the home, followed by the pastor. The officer at some point felt threatened, tased the pastor, and shot him while he was lying on the ground.

“What is going on in the conversation between two human beings that the activity between them leads to the pastor dying?” asked Ri’chard. “Is it solely based on culture, difference in beliefs, difference in skin color that escalates to a firearm being used by someone who is supposed to be a peace officer? When the letters on the side of the vehicle are to protect and serve? What is going on in the heart of a neighbor that he’s going to someone’s home in need and it appears what is in his heart is fear or hate, not compassion or love and wanting to make something better?”

“There’s a question right now: are there three separate Americas? For the conservatives, for the authorities with a different carte blanche, and then one for the minorities where they are in fear of their lives? What lack of education and lack of sympathy and empathy is propelling this at an accelerated rate? This is something with the limited voice I have, with the art I pursue, but every one person I can address and change that, it’s my service to God and to the land.”

The actor knows that everyone has has what he calls “broadcasting ability,” the opportunity to use their phone, microphone, social media, or other forum to express themselves. But Ri’chard says he knows every person has two ears, and one mouth, that his father taught him to listen and be educated by considering what others are saying. And he longs for a better way of communicating, articulating our faith, of sharing a message of responsibility, protect, serve, “that leads us to turn down our microphones and turn up our ears.” This week, Ri’chard crafted this message and shared it with Dove, in an attempt to not play small, to serve the world, to shine his light with love:

“Oppression by definition is prolonged, cruel or unjust treatment. That pretty much sums up our collective cultural history and I’m dead tired of it! I want LIBERTY for you. For all.”

“If you’re black, blue, purple, brown, white, pink, green, yellow, fluorescent, or see-through… I don’t care to judge you for your skin type.”

“If your parents are rich, poor, short, fat, divorced, liberal, conservative, sexually complex, challenged, or if they don’t exist at all – THAT IS NOT YOUR FAULT. It’s just your origin. And we can’t change that. None of us can. And neither can your neighbor.”

“For the people you come in contact with, it is entirely your choice – to love them or hate them OR to feel indifferent. And as you reflect on yourself, you can’t control whether your neighbor “loves, hates, or is indifferent toward you” so why waste your light worrying about what you can’t control? What you can control is your contribution to the world. Therefore, PICK A DESTINATION (positive one) you are wildly passionate about and crawl, walk, run, fly there! Strive for that destination with perseverance, resilience, determination, and hard work. If you are blessed to find anyone who’s willing to walk alongside you and support you – you put them on your team and honor them no matter what their origin. They can’t help where they began, but they are a blessing in your life – be it for a reason, a season, or a lifetime.”

My Brother’s Keeper is in theaters March 19.