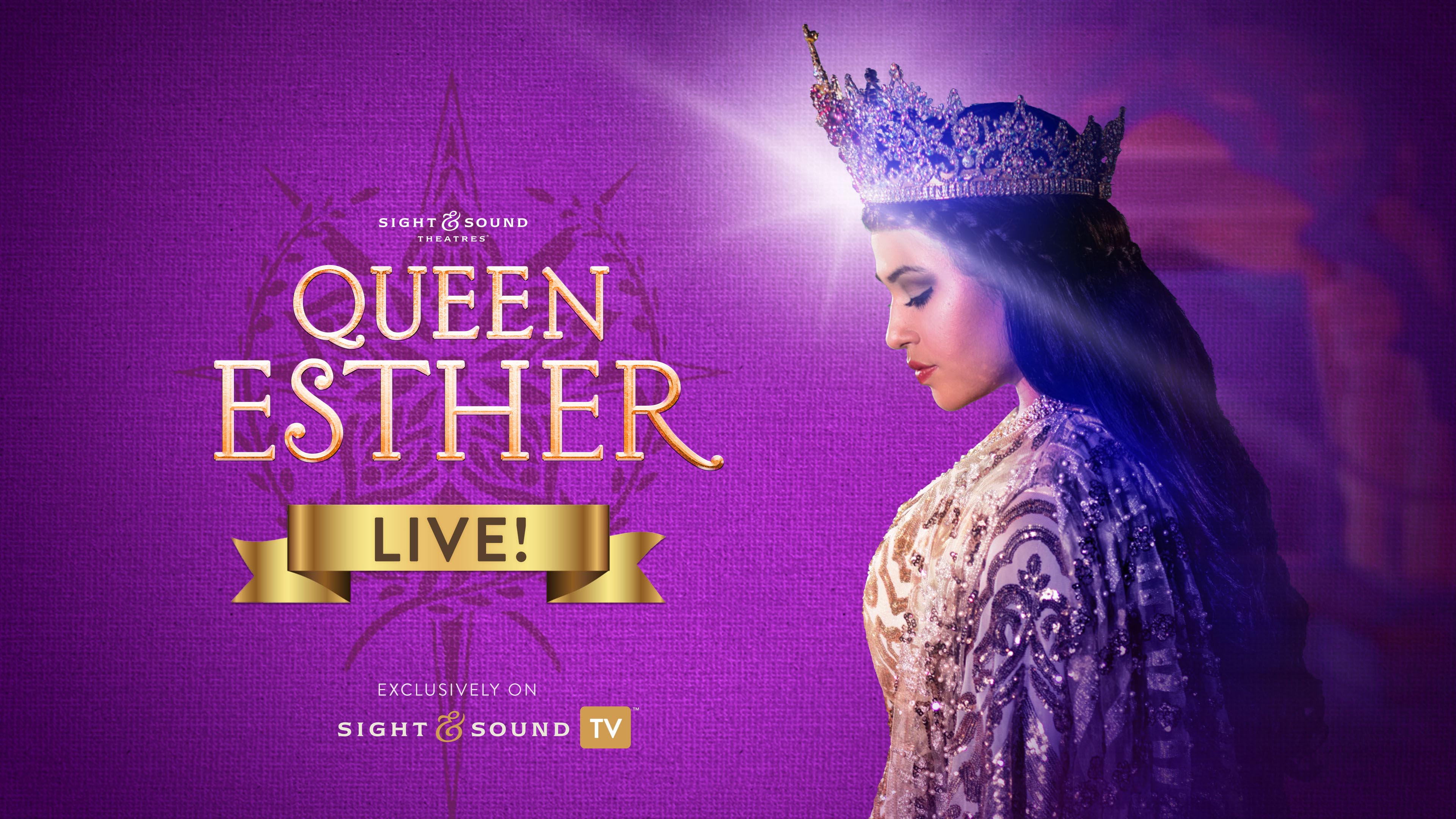 Katie Miller, Corporate Communications Manager for Sight & Sound Theatres, has seen the Sight & Sound brand grow over the years to include Lancaster, PA, and Branson, MO. As the oldest grandchild of the Theatre founders, Miller represents the third generation of the family to continue the legacy of sharing Biblically-inspired theater, beginning with her time on stage at age and two and continuing through the efforts to increase publicity, develop the brand, provide direction, and guide the shows to their string of cinematic showings through Fathom Events. Now, as her daughter Anna and several of Miller’s cousins prepare for the September 4th debut of Queen Esther Live at 7 p.m. on Sight & Sound TV, the communications manager reflected on her view of the next new frontier for the Theatre.

Miller’s excitement could not be more contagious.

“We’ve been prepping for months!” she shared, chuckling, before turning to the nuts and bolts of the final week of preparation. “We work with an outside camera crew who isn’t familiar with the shows. So, we’ll have a day of them just watching the show and familiarizing themselves with the characters. Then we’ll have a crawl-through day – with a cast of fifty and crew of sixty, we want everyone to be as safe as possible with camera positioning, etc., because we don’t want anyone getting run over by a camel! Then we’ll do several rehearsals – solely for the camera crew to get used to their camera route. It’s truly exciting and nerve wracking at the same time.”

This is the latest piece of what Sight & Sound TV offers. Already, audiences can subscribe to a free channel with behind-the-scenes looks at costuming and sets, for example. Previously filmed musicals, like Jonah, Samson, Moses, and Jesus, are available on a Pay Per View basis. Queen Esther Live is a live event that has taken the Theatre team’s focus to a whole new level, building since the Jesus broadcast on TBN for Easter.

Miller believes that the new way of seeing the film, as it happens with no tape delay, will provide audiences a chance to see things they might have missed in their seats before.

“It truly is your front row seat to every moment in the show. It’s a three-hundred-foot wraparound stage with ten thousand square feet of space,” she explained. “We’re using more of the stage than any show before. The opportunity that audience members get is a very unique experience. Having it come to life all around you is incredible, as you see the signature Sight & Sound moments, like the detailing in costumes or unexpected animal moments. The big reveal of the set at the beginning of the show is just jaw-dropping!”

The communications voice of the Theatre admitted to a new kind of nerves for this week’s performance because she’ll be personally hosting the event. “We have a thirty-minute pre-show and then entertainment at intermission. I am excited to get to host this. I’ve been spending many days doing teleprompter practice! Personally, I’m most excited about bringing people together in a year in which we’ve been everything but together. Live and from their own homes to invite them into our space feels incredibly special.”

The host-to-be shared that they hope the pre-show will help guests feel like they’re getting the whole experience, like some of the elements they can’t experience now. “Being on the property and talking to other guests at intermission have been important moments for guests,” shared Miller. “We want to be able to create a full-theater experience. We’ll have a limited capacity in-house audience and want to make people feel like they’re sitting here with those people. They’ll get behind-the-scenes glimpses of the crew getting ready, some making-of elements, and an interview with chief story officer Josh Enck.”

But for all of her excitement about the way that Sight & Sound is sharing their latest Biblical story, Miller hones in on what it means to tell this particular story in this particular year.

“Esther’s story is of courageous faith in great uncertainty; she’s taken away from her friends, her people, and experiences loneliness in the crazy chaos of political life of the palace. But she trusts God to have her right where she should be in the midst of everything for such a time as this. In the midst of our loneliness and isolation, we need the bright light of inspiration!”

Tune in on Friday September 4, at 7 p.m. for the Sight & Sound Theatres’ presentation of Queen Esther Live and check back throughout the weekend for encore events on Saturday and Sunday.