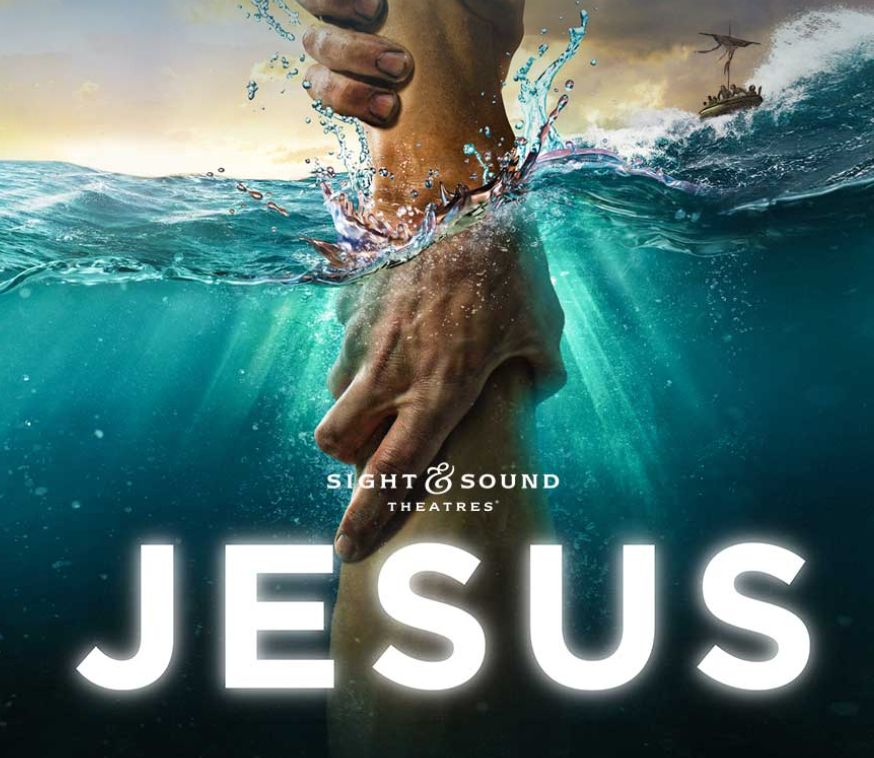 This weekend, Sight & Sound’s Jesus will make its broadcast and streaming debut for three days only on TBN. Prior to the quarantine, we caught up with Chief Creative Officer Josh Enck to discuss telling Jesus’ story. Now, he says, “With people not being able to gather together to celebrate Easter, our hope is that by making this show available, we might all feel a sense of community and connection as we watch the greatest rescue story of all time come to life in this unique way.”

For someone who didn’t grow up in church, other than Christmas and Easter, Enck has studied hard to become fluent in sharing the stories of the Old and New Testament in dynamic ways. Born again at nineteen, he experienced intimate one-on-one revelations of God’s heart and saw the beauty of God’s love through people close to him, like his now wife and his mentor. Starting out as a stagehand, Enck has risen to the role of Sight & Sound Theatres President and Chief Creative Officer. He’s produced a half-dozen shows revolving around stories from the Bible to the delight of the millions of audience members in Lancaster, PA, and Branson, MO, since turning his attention to storytelling. Now, his translation of the story of Jesus of Nazareth to the stage is arriving in theaters nationwide on April 7, 9, and 11 for Easter, following the success of Jonah (2017), Moses (2018), and Noah (2019).

The stage production of Jesus includes a LED screen that is 113 wide and 30 feet tall, weighing in at twelve tons, and sporting twenty-one million pixels. It features nearly nine hundred costumes and twenty-four hundred costume pieces, using 4.3 miles of fabric. It includes trained horses, dogs, pigs, goats, sheep, camels, and alpacas. And the soundtrack was recorded at Abbey Road Studios in London. Filmed in front of a live audience, the Fathom Event shares the Sight & Sound creative team’s vision of the Jesus story. 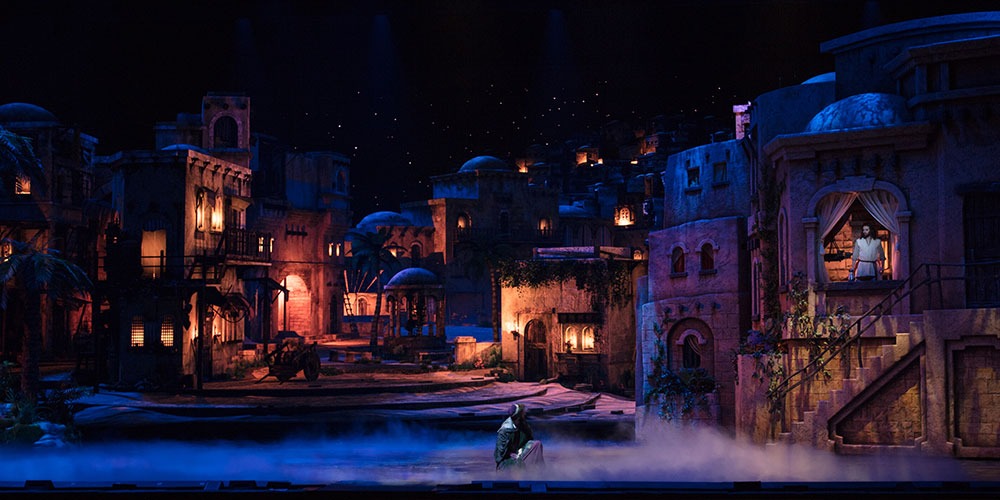 “Four years ago, I started with a blank piece of paper,” remembers Enck. “We had the avenue to portray Jesus, a story told time and time again on stage, screen, and in books. At first, I was filled with rich excitement and then I was overwhelmed.”

Through prayer and searching, and months of slowly reading the Gospels, Enck and his team found that they were aimed at telling what he calls “the greatest rescue story of all time.” “It’s my story, your story – and the word ‘love’ is the bedrock of the rescue.” 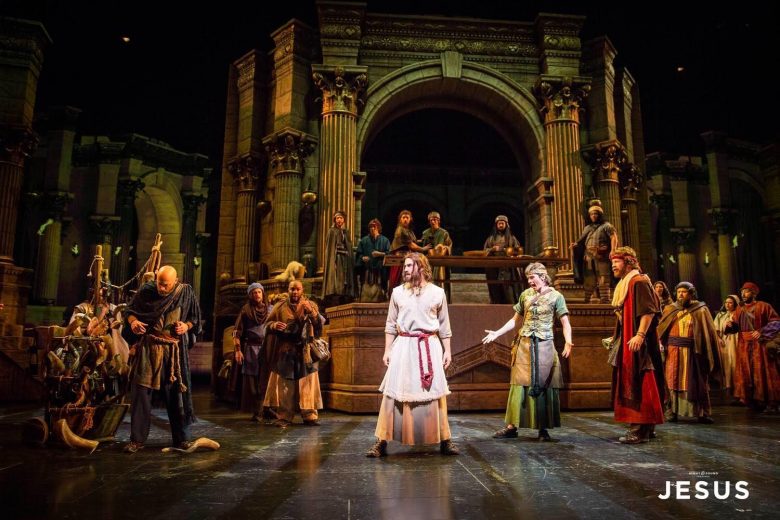 The creative director recognizes that he brings a solid view of Jesus’ story because he’s seen what Jesus can do, but he remembers the time before he knew Jesus. “For me, I always had a positive attitude toward God because my mom and dad were incredible parents but I didn’t have an understanding of the Gospel. Realizing and understanding that it is a true story still being written changed everything.”

Enck says that Jesus’ story transcends one person, that it is the living word of God. He humbly approached the story but Enck’s own story impacts how he sees Jesus, and how he wanted to tell Jesus’ story on stage, just like someone else’s story would provide them a different lens. This couldn’t be clearer than when the director/writer/producer shares his favorite scene from the production: the healing of Legion, the Gerasene demoniac. 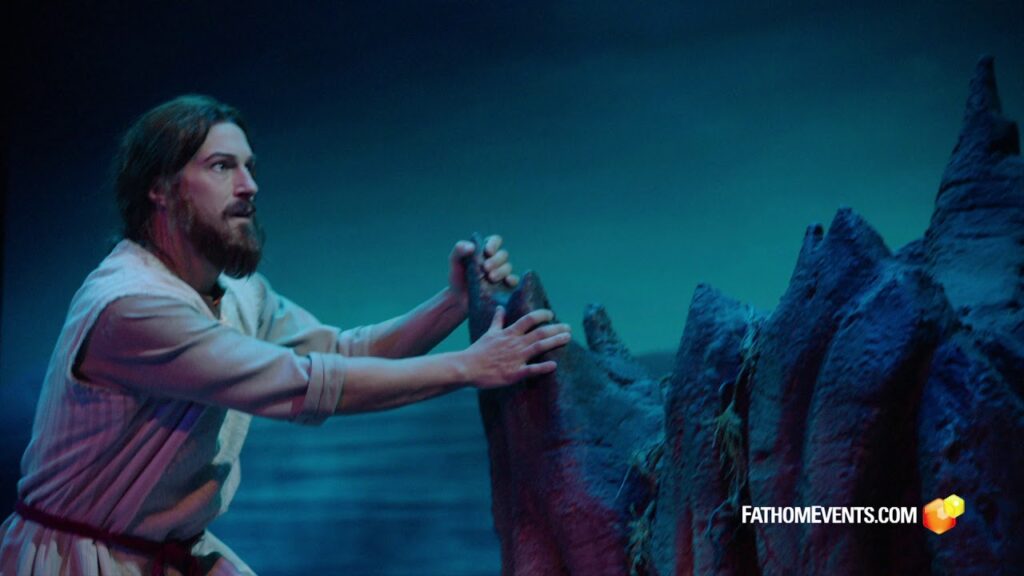 Midway through Act I, after the audience has seen Jesus and the disciples experience many things, Jesus’ friends travel through a storm as Jesus’ reflects back on the Parable of the Prodigal Son. Focusing on how God loves the one so much that leaving the ninety-nine behind becomes necessary, Jesus shares God’s heart for everyone… as the boat arrives on a gnarled beach, with Gentiles, pigs, and a graveyard (all taboo elements for practicing Jews). Jesus says he’s there to rescue the one, and then climbs up the gnarled cliffs to heal one man.

Now, Enck hopes that the Sight & Sound Theatre version will appeal to both Christians and non-Christians, because he knows God loves them both. “Before I became a Christian, I had people in my life who were faithful churchgoers and those who weren’t,” he shared. “Jesus pursues all of them. So this isn’t a stain-glassed, stoic Jesus we’re showing standing afar but a real, active Jesus who is close. We don’t assume that audience members already understand the stories.”

As he prepared the script for what would become a real rescue story, Enck saw the way that rescue isn’t just one person or one type of person. Peter, the blue collar, passionate, hardworking fisherman gets rescued; Nicodemus, the religious leader who looks the part but has so many questions, gets rescued; Legion, the demoniac outcast of outcasts, who’s been kicked out of the world’s system, gets rescued. And then Enck adds this: “Act II includes your and my rescue at the cross. That’s because the show represents all walks of life, before and after people encounter Jesus.”

Thankfully, even if audiences can’t get to Lancaster or Branson, they can catch this powerful story on TBN: Saturday, April 11: 1pm ET/10am PT;
Friday, April 10 – Sunday, April 12: Anytime on the TBN app or
https://watch.tbn.org/sight-sound-theatres-presents-jesus.