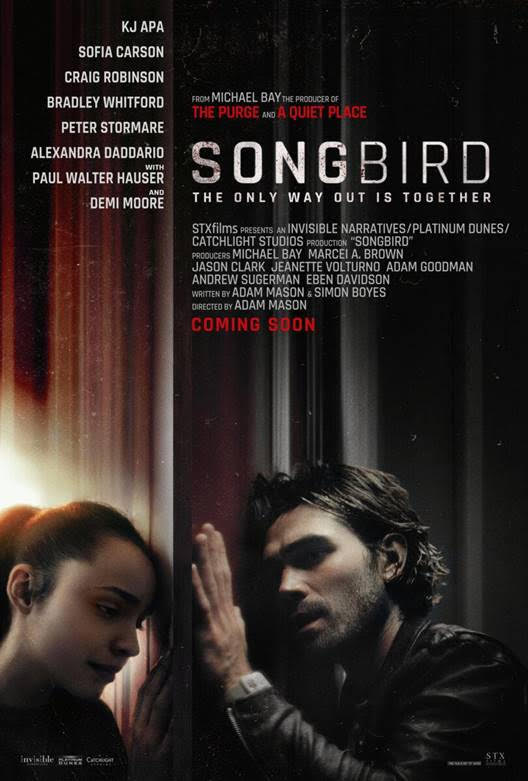 The year is 2024 and COVID-19 has mutated, leading to absolute, militaristic lockdown. Bike courier Nico (I Still Believe, Riverdale) rides around the city freely thanks to immunity to the disease, while his girlfriend Sara (Sofia Carson) waits expectantly for the day when they can vacation outside of the city. When Sara is exposed to the virus and hauled off to one of the state-run Q-Zones, akin to concentration camps, Nico goes after her, risking everything.

Songbird comes across like a disaster film, a la World War Z or something like that, but in reality, the worst elements of this 2024 world are humans. Human greed, human violence, human control, mostly embodied by Peter Stormare’s head of Los Angeles ‘sanitation.’ By sanitation, the film means that the government has monetized the acquisition of immunity bracelets, marking a person safe to travel, like the selling of indulgences prior to Martin Luther’s 95 Theses. In reality, the bracelets provide safe travel but not actual protection from the virus. And yet, even while people are struggling with living in a state of fear and illness, others are trying to find ways to profit.

The bigger the pile, the higher humans find a way to climb to get on top. 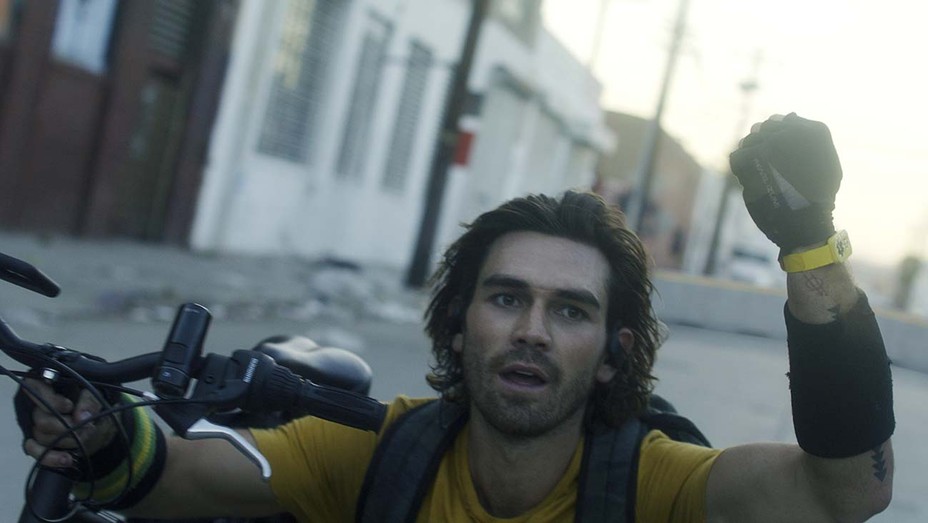 While this is largely a film set in a world that seems accentuated beyond ours (let’s face it: it’s 2020 and just about anything is possible), the reality is that we see the poor moves people make, the selfish versus selfless decisions that they choose to make, and we can’t really judge them. Yes, Stormare’s bad guy is a terrible human being, but his god complex shows us a darker side of humanity that’s echoed in lesser versions in others. Protect your child? Risk someone else. Need a few moments of companionship? Let down your guard. The moments might be different than ours, but humanity ingests, breathes, pursues, spends, and lusts after different comforts, attempting to numb the pain. The pain may change, but the choices we make? It’s selfish or selfless, with little in between.

Adam Mason’s direction makes the film claustrophobic, and intense, while Apa and Carson make us care that love can exist, make us hope that after whatever comes next, that good can still grow and survive … and thrive. This is a passionate, powerful thriller that captures our hopes for what can happen after COVID-19, after 2020.

That we will be better than now.

Songbird debuts on PVOD on December 11.