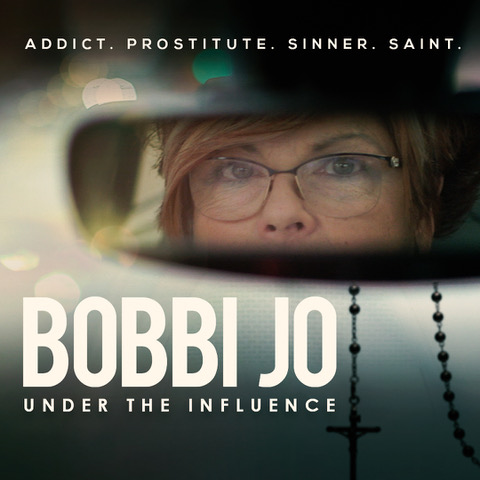 Bobbi Jo: Under the Influence tells the story of Bobbi Jo Reed, whose childhood led into a teenage struggle with addiction and abuse. It’s narrated matter-of-factly by Reed herself in director Brent Jones’ candid look at Reed’s life and the way she has turned that life into a ministry to help others overcome their addictions, and the scars of their past. Incredibly powerful and emotive, the film doesn’t shy away from the missteps and tragedy of Reed’s early life, but thanks to firsthand interviews with those in her circle and with the woman herself, the Healing House founder’s story clearly reflects the triumphant resurrection of a life.

Jones met Reed when she was delivering her testimony at another church down the street. “I was blown away and so was everyone else in the audience,” shared the director. “I’ve heard a lot of testimonies in my life, and it was the most truthful, honest, real, raw, from the heart testimony I’d ever heard. I introduced myself afterward and said, ‘I’ve got to put you on film.’”

Together, Jones and his wife Donna are bringing that documentary to digital outlets everywhere. “It’s come at a perfect time,” Reed says. “It’s not just about people with addiction issues. But we are stuck at home, and we need some hope right now, some joy. We need a reminder that God is still on the move, changing lives, every day.”

With a strong message of faith and hope, the film asks the audience to consider their own story, and to consider what they can do to serve someone else. The team is working to provide the film and some questions and answers sessions to make that happen. The film’s website, www.thebobbijomovie.com, allows people to connect, with a discussion guide coming soon. “It’s about community,” says Donna. “We want people to come together to see the film and then talk about it. That’s very, very powerful. It allows groups to ask how can we use some of the things Bobbi Jo is doing in our own situations?”

At a recent screening, Reed says it was apparent that not everyone knew there were options to help fight addiction that didn’t cost tens of thousands of dollars. “There are resources in your community that are basically free,” she said. “Let’s face it, most people facing addictions don’t have resources available like that, because they haven’t been working. The film shows the humanness of the situation, how you can come in and find what you need.”

Reed knows that not everyone can share their story as openly as she does. “We need to take courage that it is our story, and take ownership of it right now if we ever want to get to a different level. A lot of people don’t want to share about their gut-wrenching stuff, but when I share, people are able to see they can share and not be judged.”

“We haven’t broken the barrier of addiction. You hear the word ‘addict’ or ‘alcoholic’ and you have these preconceived notions, and your mind just goes there,” Reed continued. “Say you’re applying for a job, and you put down, ‘I had a DUI.’ You start calling in sick, and people go, ‘Oh, she’s on a bender.’ We do that in church, too, like we’re all good church people. But Jesus didn’t wait until I got better. He met me where I was and brought me from that place.” 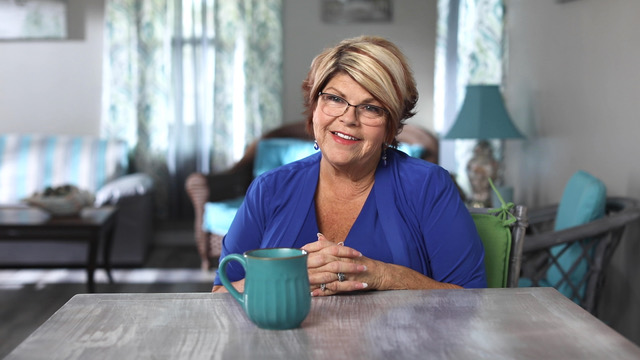 “The church needs to stop being so uptight, so judgmental, and just love people. We’re all broken, in one way or another. Some are much more in your face, and the church needs to learn what the Lord says, ‘The greatest commandment is love your neighbor.’ Sometimes the church doesn’t know what to do because it can’t handle it, it doesn’t have the knowledge. This film is going to help them get some understanding.”

The producers and Reed all attend The Church of the Resurrection, based in Leawood, KS, where United Methodist pastor Adam Hamilton recently preached, “The church is not a country club for saints but a hospital for sinners,” a sermon Donna refers back to and that the team clearly resonates with.

“Everyone has issues. No one is squeaky clean,” Jones said. “When I went to Healing House, I found more open hearts than I’ve found most places in my life. Everyone is accepted and you feel this humility from everyone. It’s not about being less than but humility that propels you to a higher ground. It’s a spirit of family and of love.”

“There’s a line in the film, ‘The solution is love.’ It is – accepting people, helping anyone who needs a hand. That’s what church is for. Let’s all get together and give people the help, and let them heal from it.”

“Addiction is not a lack of moral fiber but when I’m addicted, I do things I’m not proud of,” interjected Reed. “It’s proven now that it’s a disease, that your brain chemistry does change. It becomes not a matter of choice. But if we grab onto this being a disease, we can see it’s something that can be put in check, and based on our spiritual condition. I’ve done lots of things I’m not proud of but that’s not who grace says I am today. I don’t have to be ashamed.”

“If you struggle with anything, because everyone is struggling with something, and if you say you’re not, then you probably need the movie the most,” Jones says, “the film will lift you up! It doesn’t matter wherever you are in life, because Bobbi Jo shows we’re here to help others. Instead of operating in fear, Bobbi Jo has been helping people through a mission for twenty-five years. All over the country, there are people who need help, and we need to help them.”

Jones shares about his own addiction, and the way that he’s moved beyond it thanks to someone who was willing to walk with him where he was. “I was like a broken down car on the side of the road. I saw this guy going around the track really well. I thought, Man, I’d like to be back on the track, and in the game. This guy pulled over, and as the analogy goes, helped me fix my car. And he said, ‘Let’s get on the track, and we’ll go a little bit slow at first, and then we’ll really get going. Then we’ll pick up some speed and get going.’ And then I was back in the stream of life.”

“In recovery, we watch people come from a dark, dark place and come back into the light.”

Bobbi Jo: Under the Influence will be available digitally on February 16 and can pre-ordered now via iTunes.