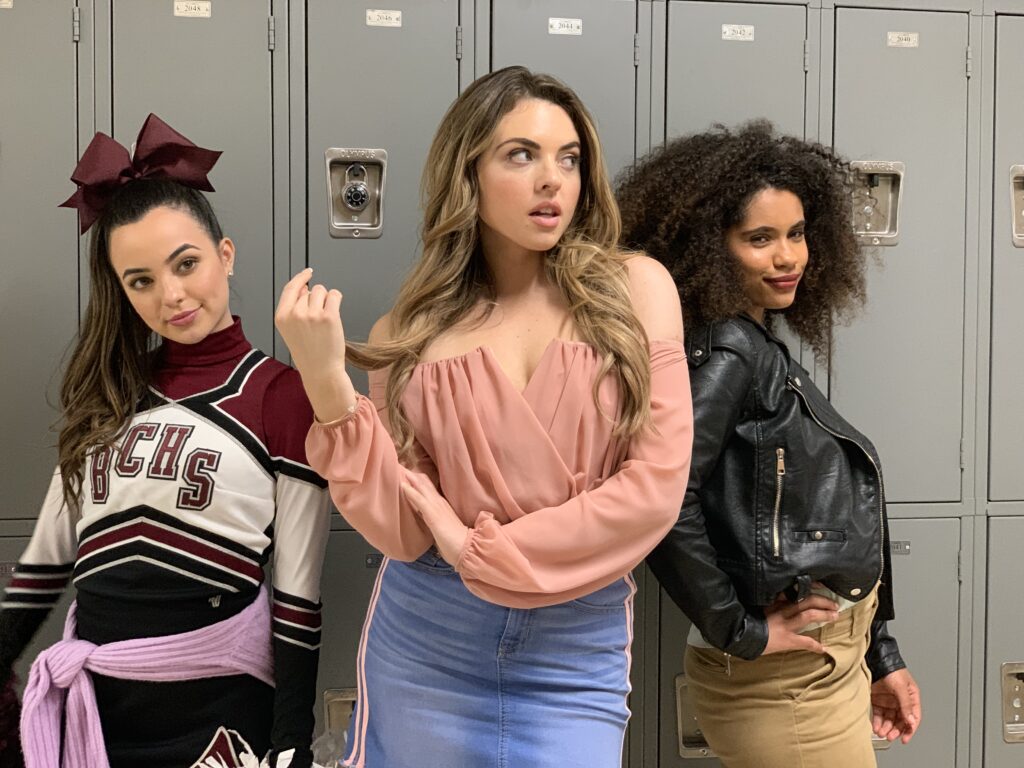 Nicole Weider, who executive produced and plays Skyler Stone in the film Switched, remembers her journey to Los Angeles to pursue acting. The lessons she learned along the way have shaped who she is, as a woman of faith and a filmmaker, to the point where she’s thrilled to share those lessons with others as she tells her story.

At the age of twelve, Weider saw Titanic and knew she wanted to find a way to tell stories on screen. By sixteen, she’d moved with her mother to Los Angeles, and started modeling, even though it wasn’t the start she had imagined. “I felt really objectified, in an empty industry. I knew what I wanted to do but I wasn’t able to do it, and I fell into depression,” she shared. “But I discovered Jesus Christ and he saved me! I read Purpose Driven Life and I gave my life to God at twenty-four; I married my husband Eric at twenty-five. Through all of that, the passion for acting never left me. But when I gave my life to God, doors started to open and I started to get acting opportunities.”

Now, Weider sees executive producing as an opportunity to collaborate. Thanks to a series of divinely-inspired interactions, she began collaborating with Alexandra Boylan, with their film Switched as the latest team-up. “I met Alexandra at a women’s Bible study that she was leading – divine intervention!” explained the actress-turned-producer. “We connected, and we got to know each other. She told me about scripts, and I thought they were beautiful and powerful. It’s an easy experience working with Alexandra, and then reading [Boylan’s sister] Andrea’s script, it spoke to things that were already on my heart.” 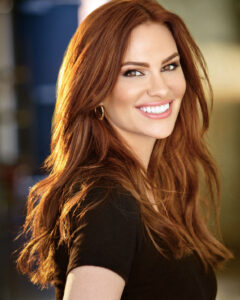 Mentoring young women off-screen, Weider appreciates the story of two young women, one an ostracized Christian and one a rich “mean girl,” who find their lives switched, directed by Boylan’s partner in film, John Graham. With humor, faith, and deep meaning, the script sets what Weider sees as the foundation for what the film became. “It’s a very culturally relevant film right now, dealing with the online world and cyberbullying. It’s two women measuring themselves against other things than themselves.”

Weider sees her own imperfections, and remembers her own story, an outsider to the church world. Now, she’s hungry to grow in faith and in the industry, pairing with other women like Boylan, Ashley Bratcher, and Shari Rigby.”You have to be a go-getter. It’s not going to happen if you don’t try!”

“If you want to get involved in movies, it all starts with a good script. If you don’t have a good script, it won’t be a good movie, because the script is the foundation. Before you spend the money on paying someone to write a script, ask the people around you – is this a viable story? Will people watch this? You have to think about the demographic of the people you want to watch it – is it a drama, a comedy? You start with the smaller budget to get familiar with the camera, and actually making a movie, collaborating with other talented people. Maybe you’re good at writing, so find a good director, find good actors.”

Still, even while she’s continuing to pursue her own call to make films, Weider shares her life lessons with others, hoping that they may skip what she went through. “I know what it’s like to live a secular lifestyle and be lost. I have to say that the Kendrick Brothers and Erwin Brothers were trailblazers in this space. You need to watch a lot of faith-based films and see where the people are coming from. I want to make the kind of content that they make but as a woman. And it’s great because Hollywood is taking notice.”

“God has the power to open doors that you can’t on your own. I was stuck and lost and depressed trying to do it on my own. When I trusted God, the doors opened and I started meeting these people. When you’re using God’s gifts, it’s easy.”

Switched is available on September 4th on VOD and Digital; and on October 6th on DVD.