The Book of Boba Fett (Disney+): The Unlikeliest Hero 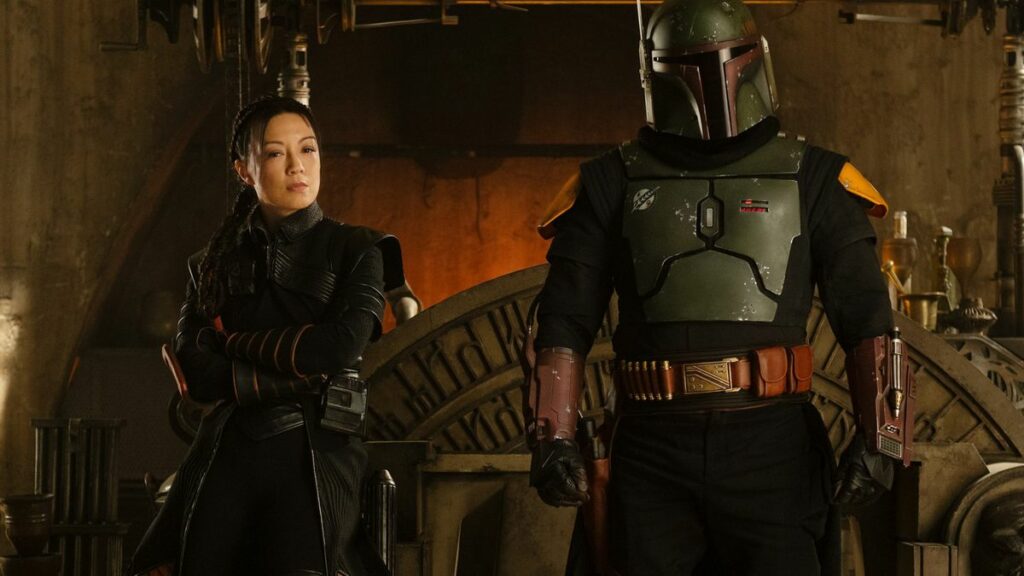 In the pantheon of iconic Star Wars characters, who are not out-and-out villains, is there anyone less likely to be a hero than Boba Fett? If we put The Emperor, Jaba the Hutt, Moff Tarkin, etc. to the side… it seems unlikely. Yet, Disney has taken sixty-one-year-old New Zealander Temuera Morrison, inserted him into a Mandalorian suit, and pushed him to the forefront of a story that bridges the time between the release of The Mandalorian seasons two and three. Given the gap, I reluctantly sat down to watch the first episode of The Book of Boba Fett and was pleasantly surprised.

Alongside Ming-Na Wen’s Fennec Shand, an assassin/mercenary partnered with Fett, the one-time tormenter of Han Solo finds himself trying to run Jabba the Hutt’s Tattoine-based criminal empire. From a timeline perspective, this puts Fett’s adventures between the swallowing Sarlacc in The Return of the Jedi and his emergence in The Mandalorian’s second season. And by “between,” I mean that things don’t go well for the Sarlacc! This is the kind of the adventure that would’ve had to explain getting knocked off a skiff into the belly of a desert beast, but it’s told forward, backward, sidewise, backward, forward again in a way that the audience receives some background on Fett, some previous adventures (recently), and the present day empire-running. From a storytelling perspective, that’s pretty solid – and similar enough to The Mandalorian style to keep casual fans engaged. 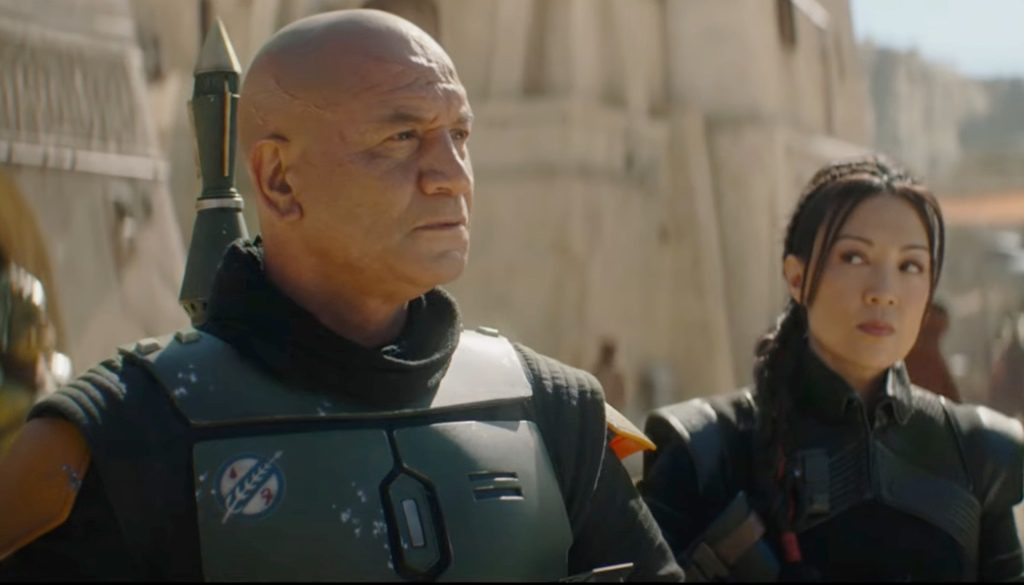 The Book of Boba Fett blends some exposition with some action, maybe even more action than initially appeared in The Mandalorian, but that gives us some more of Morrison’s version of Fett and his personality. There is less work done behind the helmet, and more done to show us what the man inside the helmet has been through – even as far back as a child. This is where sympathy grows – or maybe undercuts the cold, merciless bounty hunter we think we know Fett to be. And it still leaves the question lurking somewhere: why is Fett taking over Jaba’s empire? Couldn’t he do better?

I doubt this show will be the thing that hooks a new fan on the universe that is Star Wars, but it’s what will keep folks hooked on Disney+ until the third season of Pedro Pascal’s hit series returns. It’ll also make those watching consider what drives a person to make bad decisions, to pain, to violence. How much of that is due to the person’s experience? How much responsibility does the person’s society or community need to own? For the first episode, we can see a kindness to Fett, an honor. But we can also see the violence, and the rage. In the end, how will Fett be remembered?

Only time will tell.

The Book of Boba Fett has a TV 14+ rating – so far that’s due to sci-fi violence and gore.