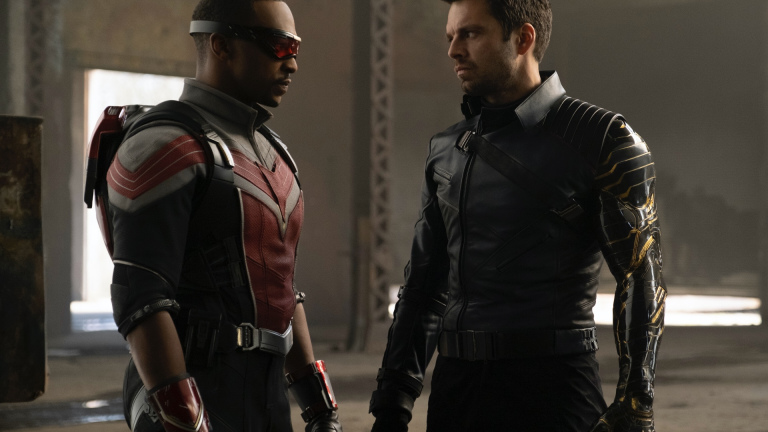 Six episodes of Disney’+’s The Falcon and The Winter Soldier have been released, and the first season of a series that is clearly meant to be followed by a second has concluded. Written by Malcom Spellman, the show followed the grittier storylines pursued by old comic books (and Netflix’s Marvel shows like Daredevil and Luke Cage), looking at the ways that the superhero world allows us to reflect troubling situations in our own world.

Centered around the dynamic between Captain America’s two closest friends, Falcon/Sam (Anthony Mackie) and Winter Soldier/Bucky (Sebastian Stan) are the audience’s viewpoint into a world after the events of Avengers: Endgame. Yes, there are bad guys, good guys, and what-exactly-are-they guys, but the deeper narratives behind the comic book action stands out beyond the normal Marvel journey toward defeating the big baddie and then riding off to the sunset. 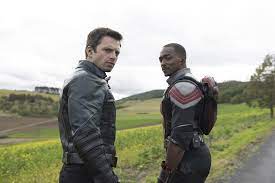 This can’t be missed: Mackie’s portrayal of the black hero Falcon lends itself to being both heroic in the face of danger, and speaking for himself in the governmental halls where white men in suits make decisions and in various neighborhoods where he’s seen as just another black man. Whether it’s an uncomfortable moment where a cop profiles him, the struggle he sees his sister experience as she wrestles with the family business on a fishing boat, or the friction he experiences in the black community for being a ‘sellout,’ Mackie’s Falcon is a complex moral image of the times we live in. He’s a black man wearing the Stars & Stripes, taking them honorably and seriously, but understanding the ramifications of slavery and public perception in terms of justice for black people – and the lack of justice in reality happening across our televisions, in our neighborhoods.

Falcon isn’t the only one who wears the flag, and that tells us something here, too. There are ways to honor or dishonor the flag, and the culprits aren’t always who you’d expect or in the manner that you’d think. Do we recognize that the flag doesn’t always stand for truth, justice, and the American way that we grew up hearing about in school, or believing in our own hearts? At the center with a white man and a black man, both aimed at serving their country, the issue becomes challenging when the audience sees that there are more variables involved, like economics, cultural, societal expectations, race, religion, etc. that impact how the flag is used and seen. Bucky has all of the issues of PTSD in terms of brainwashing and abuse, but Falcon is the one wrestling for his own soul, trying to explore the good things the flag (or shield) can stand for while acknowledging that it doesn’t always mean what he wants it to mean. 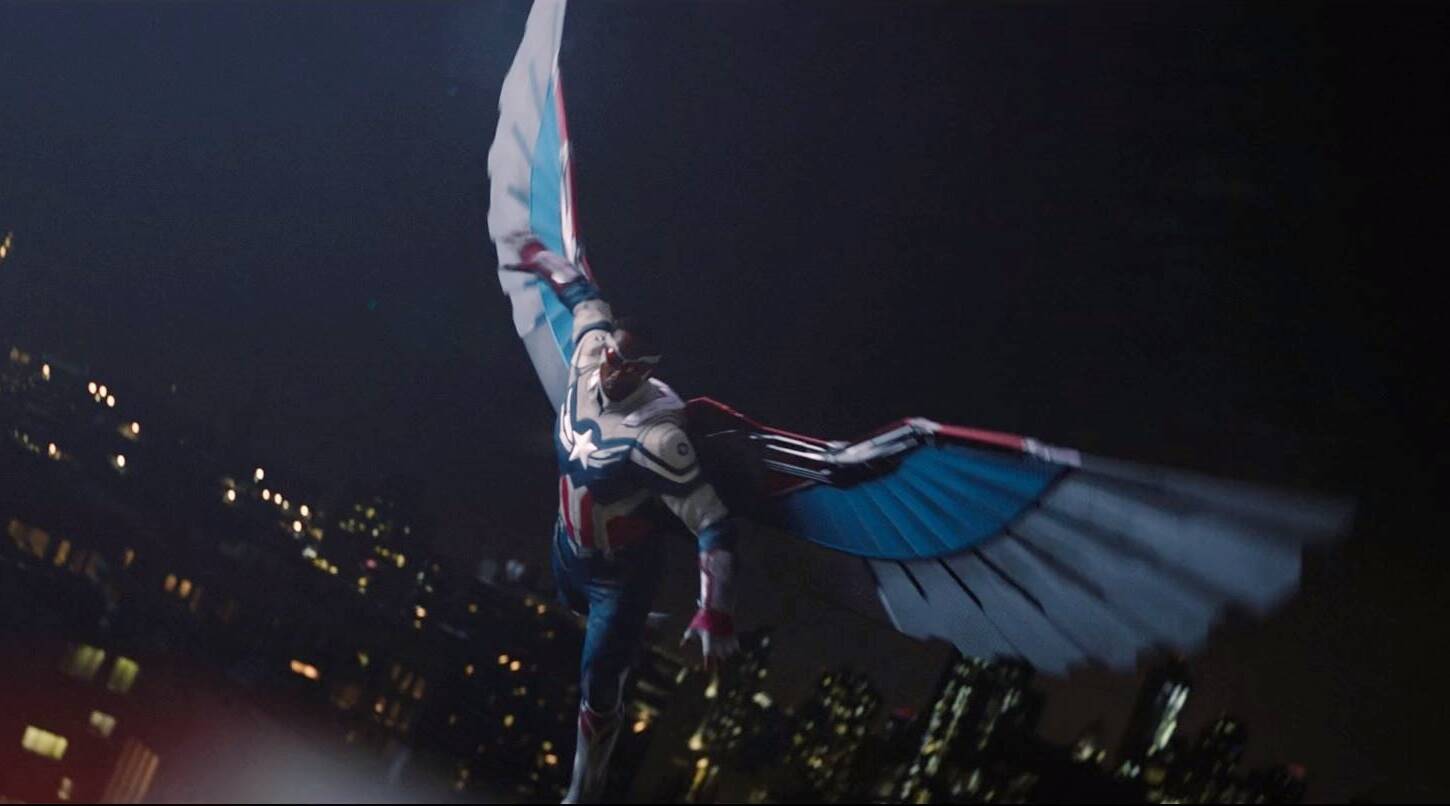 Marvel doesn’t flinch here, and it’s … powerful, stunning even. We would expect Disney to want to play it safe — is it really safe to bring out John Walker AKA US Agent now? Does the universe really seem at rest now? As the trial of Derek Chavin wrapped last week, it seemed incredible that Marvel would continue to drop episodes about the lack of justice for a murdered black man or for a murderous white one — neither one gets what justice they should in the context of the series. And the spotlight stays singularly on, refusing to let the audience blink away what is happening on screen. And over and over again, Mackie’s Falcon wants to be the peacemaker, not a peacekeeper of artificial not-fighting, but as a presence willing to fight and defend to give real peace a chance. There’s some visual beauty to it as the show depicts the struggle, too, with a shield as a weapon of defense not a weapon of violence and death.

As the leader of the Flag Smashers, Erin Kellyman’s Karli Morgenthau becomes the face of resistance to the encroaching government, the worldwide leaders struggling to understand how to handle the influx of people after Thanos’ actions were undone. She doesn’t see the flag the way that Sam does, but she gets caught up in her mission and loses herself. But she’s not out of reach to Falcon because he doesn’t think anyone is beyond saving. She might not be willing to hear him, but he won’t give up on her.

There’s so much here – in examining the story, in considering the politics, in looking at it from a Christian perspective. What does it mean to determine who you are, and who do you let influence you? What can Christians do to make sure that the flag that flies overhead, and the cross that we bear represents the best of what God has to offer? What happens when we realize that our organizations, groups, even churches don’t represent what we believe, or the core gospel of what Jesus taught, to love our neighbor as ourselves? How do we stand and fight, without losing ourselves in the process?

The Falcon and The Winter Soldier show that there’s no perfect way through, that we won’t always get it right. But thanks to the storytelling and the role modeling of Mackie’s Falcon, we can see that it’s worth the fight, worth the effort, to be who we’re supposed to be. In the process, in community, we may restore the true meaning to the flag or to the cross or to our own lives, so that others would see who we really are and be inspired to move as well.