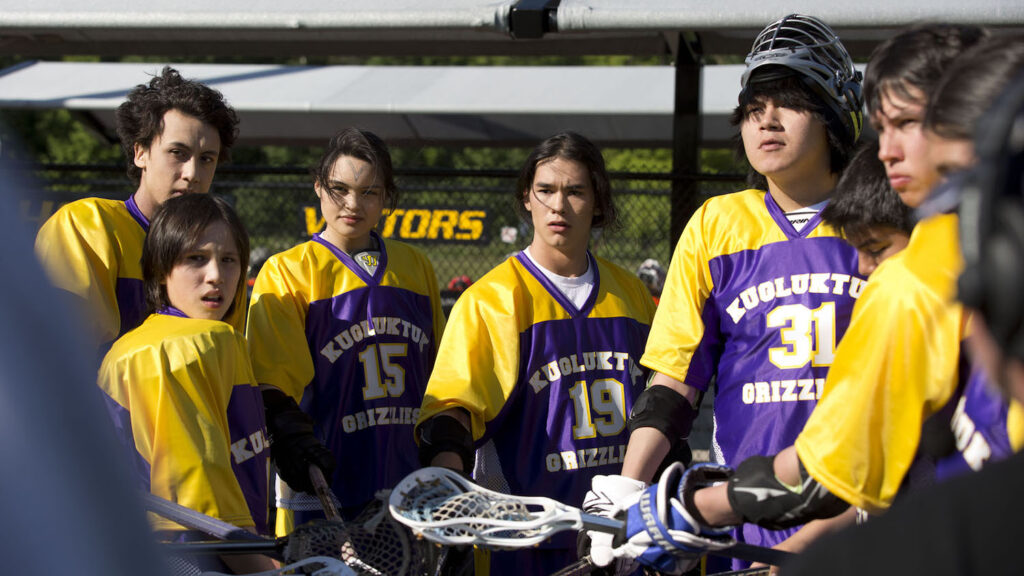 Some films require a level of discernment that exceeds a Dove review, when the project’s themes, language, violence, or sexual content clearly exceed the levels of family friendly material that Dove has determined. But viewers choosing to use their discernment can find meaning nonetheless. Canadian director Miranda de Pencier’s feature debut,The Grizzlies, is one of those films.

When Russ Shepherd arrives in Kugluktuk, Nunavut, as a new teacher, he’s blown away by the hopelessness he encounters in the students in his classes. Watching the students’ interpersonal relationships in school and in the community, Shepherd recognizes that the high suicide rate is the result of their adolescent frustration, born out of a realization that few, if any, adults ever pursue their dreams to be something more than they are. Poverty and alcohol addiction run rampant, as the generalized sense of despair bubbles up in apathy that nothing can ever change.

Based on a true story, The Grizzlies recounts how Shepherd sees the issues and channels his desire for hope through the game of lacrosse. Recruiting students he knows, and others who have dropped out of high school, he rallies a rag-tag team of players together in a situation akin to The Mighty Ducks or Gridiron Gang. But De Pencier doesn’t cut any corners, refusing to let the audience relax into feeling good about Shepherd or the winning team. Instead, there are constant reminders that sports and teamwork do bring people together, but that real world problems still remain as the students struggle to determine a way forward in education and society. Lacrosse might provide them an outlet, but it’s not ultimately sports that brings them together or provides the healing the need (Hint: it’s all about community).

While it has taken it two years since it debuted at the Toronto International Film Festival where it won for Best Direction to arrive in the United States, the film should not be judged as lacking. Its cast is quietly brilliant with the likes of Booboo Stewart, Will Sasso, Tantoo Cardinal, and Ben Schnetzer; the cinematography by Jim Denault and music by Garth Stevenson provide an deep, intimate look into the culture and character of the Inuits.

Forcing the film past traditional Dove standards are the language of the students and several adults, understandable when considering the intense pain they undergo. But the film also holds true to the realities of the situation– Shepherd can’t save everyone. More than that, while some have criticized the film for its “white savior” (which is ironic given that it’s a true story), Shepherd needs the players to “save” him as much as his love for lacrosse provides them a way out. Shepherd may be our narrative viewpoint, but the students themselves provide examples of the struggle that the Inuits face as individuals in community, rather than just token victims needing saving. The pain they collectively experience as a community provides for some serious thematic conversations around teen suicide and the destructive patterns that are sometimes exhibited in family systems

The Grizzlies is a heavy movie, that while uplifting, remains grounded in the social issues it sees in the world. Audiences are encouraged to consider how to best view the film and discuss the dangers of isolation, addiction, fear, and suicidal thoughts with others.