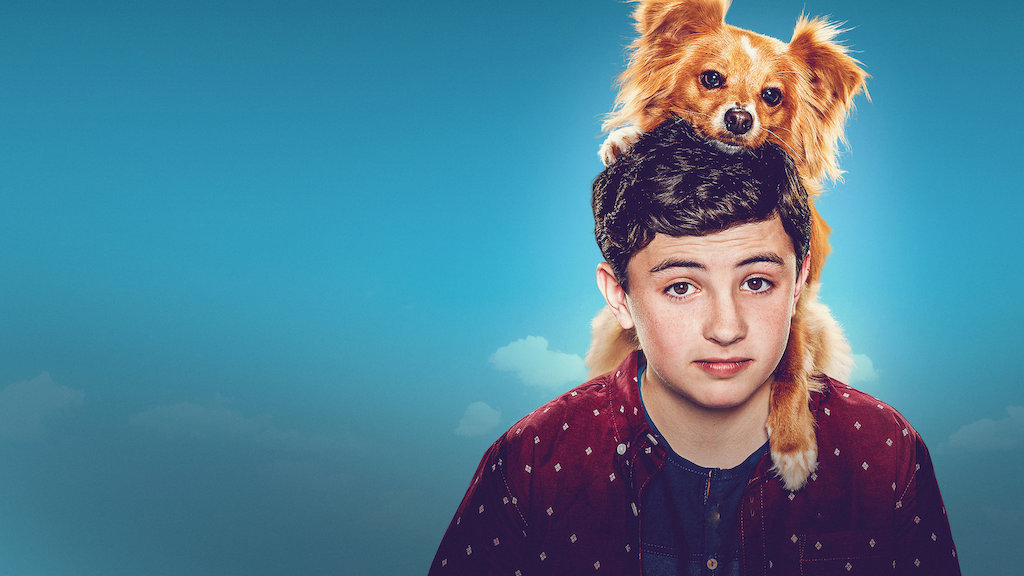 Noah Ferris has been dealing with social anxiety disorder, and his parents are struggling to find the right way to deal with his anxiety while also moving along in their own lives. In conjunction with their medical providers, they’ve decided that it would be best if the eleven-year-old boy would enroll in public school, but they do so with the help of his new support dog, Dude, who accompanies him everywhere. Is the school ready for Dude? Is Noah ready to tackle school on his own?

One of the best elements of the show is the internal monologue of Dude, voiced by Steve Zahn, who has his own learning curve as a rookie support dog. It’s amusing – and sometimes thought-provoking – to consider what dogs would say about our lives if we could understand their words. Created by Erica Spates and Sam Littenberg-Weisberg, the show plays on the weird/scrappy look of Dude and his inner monologue, AND the power of friendships.

While Jace Chapman nails Noah, Mauricio Lara as Simon and Sophie Kim as Amara provide excellent examples of friendship for Noah at school. Simon is super enthusiastic and extroverted; Amara is both musically talented and highly intelligent. Together, the three make a sort of outcast Three Musketeers who take on the bullies, the principal, and lots of other school-related issues that face the average middle schooler.

The show proves to be sweet and funny, but it also puts anxiety on a relatable, discussable level for families to consider. Noah’s anxiety actually manifests itself physically in ways that the audience can see – he appears to be sucked into a hole in the floor in one episode; in another, he is called out by a video game villain. Some of the humor here is that no one can actually hear Dude’s voice and no one can see what’s stressing Noah out — just like those who fight anxieties against issues that other can’t see.

Hopefully, The Healing Powers of Dude will entertain families looking for something wholesome to watch, and provide an opportunity to discuss anxiety in real ways.