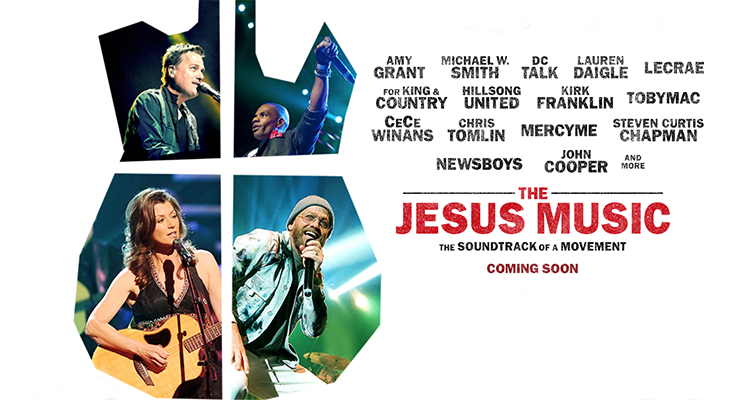 The Erwins Brothers’ (Woodlawn, I Can Only Imagine) latest film, the documentary The Jesus Music, opens with introductory clips of today’s top Christian artists before rewinding the timeline back to the 1970s. Through interviews and footage of events through the years, the film unpacks how Christians making music are impacting culture, and points to the ways that the church can empower new voices to reach people for the kingdom of God through music. With spellbinding, unblinking honesty, artists you know (and some you may never have heard of but should know) share the history of Christian music from the 1970s to today in a captivating documentary that should be a must-watch film for Christians.

In the foundational element of the film, Glenn Kaiser of Resurrection Band reminds younger audiences that young people of the 1970s escaped the faulty American Dream that included systematic racism, assassinations, and Vietnam to pursue free love. Tommy Coomes and Chuck Girard, Mylon LeFevre, and Pastor Greg Laurie share how the love of music and frustration with society led many young people to Calvary Chapel where Lonnie Frisby was preaching about God’s love, welcoming in disillusioned young people barefoot and in jeans. The audience receives these up-close stories, as well as the overview that CCM Magazine John Styll provides throughout.

Younger artists discuss the impact the likes of Keith Green, Andrae Crouch, and Larry Norman, but it’s the collision of the Jesus Movement with Billy Graham at Explo 72, what Graham called “A Christian Woodstock,” that first led to the accreditation of Christian music played outside of the church, away from the organs and pianos. By the 1980s, the music was rising in popularity, and had gained a pro/con: pastors like Jimmy Swaggart were condemning this Christian rock as evil.

It’s more than mildly troubling to listen to the likes of older generational influences like Eddie DeGarmo, or a band like Stryper, talk about how the condemnation of the church drove them farther from church, while younger musicians like John Cooper of Skillet, Chris Tomlin, or Joel Smallbone of for King and Country talk about the way they were captivated by those same musicians. From the influence of MTV in getting Stryper to a broader audience, or the rise of Amy Grant, who captured the attention of Bill Gaither, the current music scene owes much to what was happening in the 1970s and 1980s.

There’s a humility in Grant, who called her style like a “good comfortable pair of house shoes,” that makes for an endearing documentary, even while the audience sees the struggle she endured as a cross-over artist to secular radio stations (and later a divorcee). It leads into the brashness of Tobymac’s partnership with Michael Tait and Kevin Max to create DC Talk, again launched by a Graham moment: using the lyrics to “The Hardway” at a 1994 gathering of eighty thousand youth! Again, this highlights the generational divide, and the way that church leadership has too often ostracized the new or the unknown, even as Tobymac takes the uncomplimentary term “Jesus Freak” and uses it to unify – much like the early followers of Jesus were called Christians or “little Christs,” derogatorily, and turned it into a badge of honor. 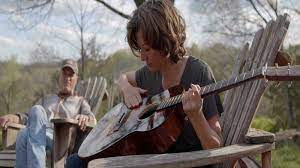 Refusing to turn away, the Erwins show how Kirk Franklin was the next major “bridge” in the history of Christian music, even while proving polarizing. Through interviews with Franklin, footage, and the views of others, the documentary shows how Franklin’s “Stomp” crossed from pop culture back into the church, even while the church struggled to reconcile itself to the music it saw as black and other. (Interviews with Lecrae and Mandisa bring home the point for today’s audience.) And the film highlights how Franklin has pushed to unify his friends and colleagues in speaking to more than music: “When we don’t say something, we’re saying something.”

The film truly is remarkable, given the sheer number of interviews with prominent musicians who give their honest take on what they saw and experienced. Michael Tait (now of Newsboys), Mark Stuart of Audio Adrenaline, Dan Haseltine of Jars of Clay, Rebecca St. James, Lauren Daigle, CeCe Winans, Natalie Grant, Bart Millard of Mercy Me, David Crowder, Joel Houston of Hillsong, and Louie Giglio of Passion — all of these luminaries weigh in about the development of Christian music and culture.

In the end, this beautiful, challenging documentary may be summed up in a quote by Tobymac, reflecting on the stories he’s shared: “God uses people who are broken to record songs that reach out to the broken.”

The Jesus Music debuts in theaters on October 1.