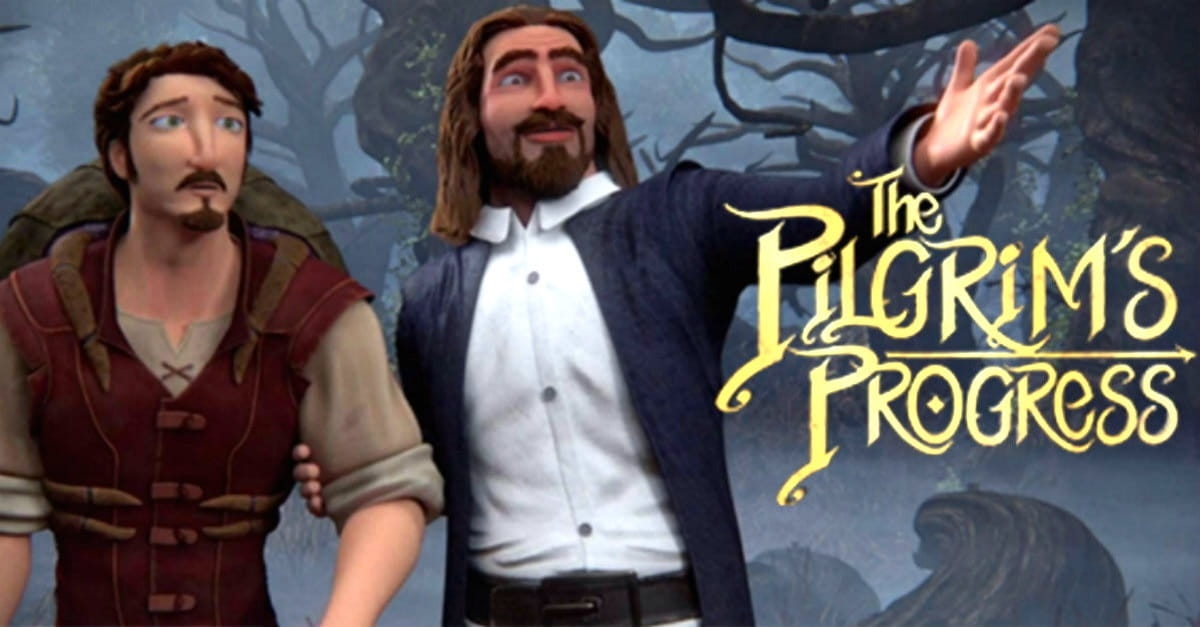 Steve Cleary is definitely more than just the guy coloring in someone else’s illustrations.

Cleary knows that missionaries around the world are suffering for the gospel of Jesus Christ, because he has served in Africa, China, and Iraq, and learned from the personal example of Richard Wurmbrand. When he began volunteering with The Voice of the Martyrs, he could not have known where his service would take him, or that he would find himself creating a feature-length, animated version of The Pilgrim’s Progress as a tool to reach souls around the world.

While he did not grow up with a video camera in his hand, Cleary found himself passionate, full of burning desire, to tell stories about Jesus and the way Jesus impacted people. “Pastor Wurmbrand taught me that books and films live much longer than we will,” the producer shared. “I’d be horrible at telling stories I’m not supposed to tell, so I can only tell the ones I’m inspired to make.”

The second most popular book in history, John Bunyan’s The Pilgrim’s Progress, has sold more copies than all of the Harry Potter novels combined, but that’s not what makes it so remarkable. It’s the fact that Bunyan wrote it from prison, chained like the Apostle Paul for refusing to cease in his preaching. An uneducated man nicknamed “The Tinker,” he was inspired to share the story during one of his imprisonments, narrating the story of an everyman character, Pilgrim, who embarks from the City of Destruction for the Celestial City, an allegory for a Christian’s movement through a journey of faith. This story is personal for Cleary, because of its power and because of how the book relates to his mentor, Wurmbrand.

“Richard was imprisoned, and in his mind, he wrote Tortured for Christ, which I’ve made into a film,” Cleary explained. “When he was ransomed from Romania and arrived in US, he founded Voice of the Martyrs. The one outside book that they paid to publish was The Pilgrim’s Progress. It was secretly published in the Soviet Union, in China. People were literally dying to get that story out.”

Regardless of what country Cleary has visited, the pastors and the leaders of the secret churches know the story of the Pilgrim. “Two or three months ago, a family in China was imprisoned for having a copy of The Pilgrim’s Progress in their home,” shared the producer. “It’s a legal book in the universities, but the leader of the district was so opposed to it that he had them put in prison. Outside of the Bible, it’s the greatest story ever written. There are so many lessons, just one big parable like those that Jesus preached.”

“Maybe in America, we’d like it to be easy to be Christians,” he mused. “The message is continually that the King forgives, that the King is not far off. If the message of the film comes across on screen, if we really convey Bunyan’s message, then we’ll have done our job.”

While Cleary is incredibly passionate about the story and the film that he and his team have created, he knows that fans in the United States may be biased against it because, he says, it’s “a message movie.” With three percent of a typical budget for an animated film (two and a half million dollars), it does not look the same as a Pixar flick or the latest CGI. But there’s more going on here than box office totals on Easter weekend.

“If a couple thousand people see it over Easter weekend in the United States, we will hit our goal,” Cleary explained. “But the same weekend, it will shown on most popular TV station in Iran where two million secret believers and four million seekers will see it for free. We’re looking at schools in Philippines, into all of India where they’re looking to eradicate Christianity, and a system through the Himalayas. It’ll be one of the best Christian films they have access to.”

Citing the success of The Jesus Film forty years ago, Cleary has a model for how to get the film out there, in front of people who can use it as a tool of evangelism. He has seen already that people in the United States, regardless of age or background, respond to the narrative that Bunyan shared and that Cleary’s team has animated. He does not take lightly that others are responding.

“Pastor Wurmbrand said that if you’re not willing to sacrifice for your Bible, then don’t give to an offering for Bibles in other countries, because someone could lose their life over that Bible,” Cleary remembered. “It’s possible that someone could go to prison, even give their lives, in other countries for this movie. We know people are willing to suffer to get the right movies out.”

Time will tell the kind of impact that Cleary’s version of The Pilgrim’s Progress can have. For now, audiences will have to wait and see how the animated Pilgrim goes on his journey, learns his lessons, and makes his choices. You can be sure that when people around the world see it, some of them will find their hearts for sharing the good news emboldened and others will hear it for the first time.

Just like another man who shared his experiences of Jesus from his chains and has been translated in a myriad of ways that make him more relatable, John Bunyan’s work is finally getting the twenty-first century update it needs to further reach the world.