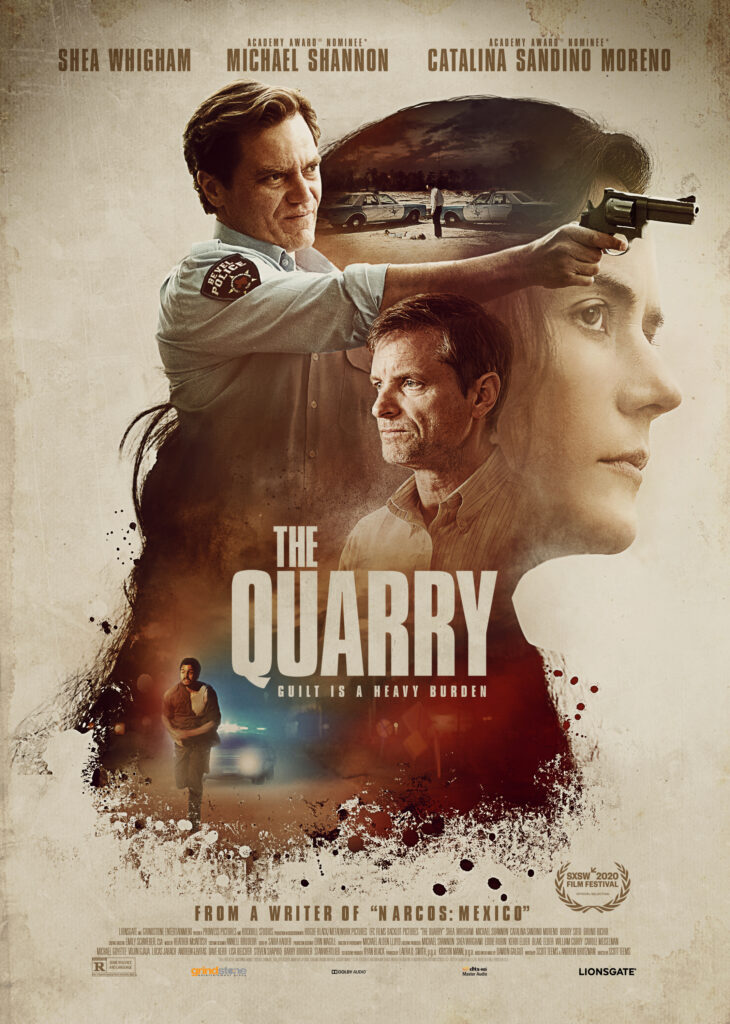 In the stunning thriller from director Scott Teems, an unnamed hitchhiker (Shea Whigham) kills an itinerant preacher (Bruno Bichir) and takes his place in a small bilingual town. With the local police chief (Michael Shannon) circling, the new preacher in town finds himself examining his life while fighting to remain undetected. Can the man’s past actions and natural inclinations change, or will he ultimately be found out?

This Damon Galgut story, adapted by Teems and Andrew Brontzman, crackles cinematically like a Flannery O’Connor or William Faulkner novel brought to life, or the more contemporary version of southern gothic told by Taylor Sheridan (Hell or High Water). The camera allows us to see the desolation, the brokenness, and the hopelessness of the area, primarily in the Spanish-speaking community represented by the preacher’s landlady, Catalina Sandino Moreno’s Celia and her cousins, Valentine (Bobby Soto) and Poco (Alvaro Martinez), who are growing marijuana and stealing to make ends meet. With Shannon’s Chief Moore constantly looking for “mud to clean up off the streets,” the new preacher isn’t safe, but the racist assumption by Moore is that the Spanish-speaking community is always at fault (even while he sleeps on the sly with Celia).

The film is certainly intended for mature audiences thanks to the vocabulary and a few bursts of intense violence. But the reality is that Teems’ translation of the story focuses in on the way that faith and life are always finding themselves in the quarry – wrestling and grinding against each other, emerging bloody and bruised – and the winner is not always clear. In an Old Testament-style parable set in the dirt of America, the scriptural overtones are never far away, even if we’re not beaten over the head with them.

Fresh off the murder of the real David Martin, the new preacher’s first sermon focuses on I Timothy 1:15, quoting Paul, “Here is a trustworthy saying that deserves full acceptance: Christ Jesus came into the world to save sinners—of whom I am the worst.” The man will later refer to himself as The Sinner, but he struggles to find the words to admit his faults. [A Moses-in-the-basket ride down the river serves as close to this as he comes.] But there is still an awareness that the broken “fake” preacher still has the power to preach the Gospel, even if he doesn’t know the words to The Lord’s Prayer (or is at least unable to pray them). The Gospel is preached — and people in the town, even those who don’t speak English, hear and are convicted. It’s a powerful question about the way that “the Word” is active, even when preached by an unbeliever (Hebrews 4:12). 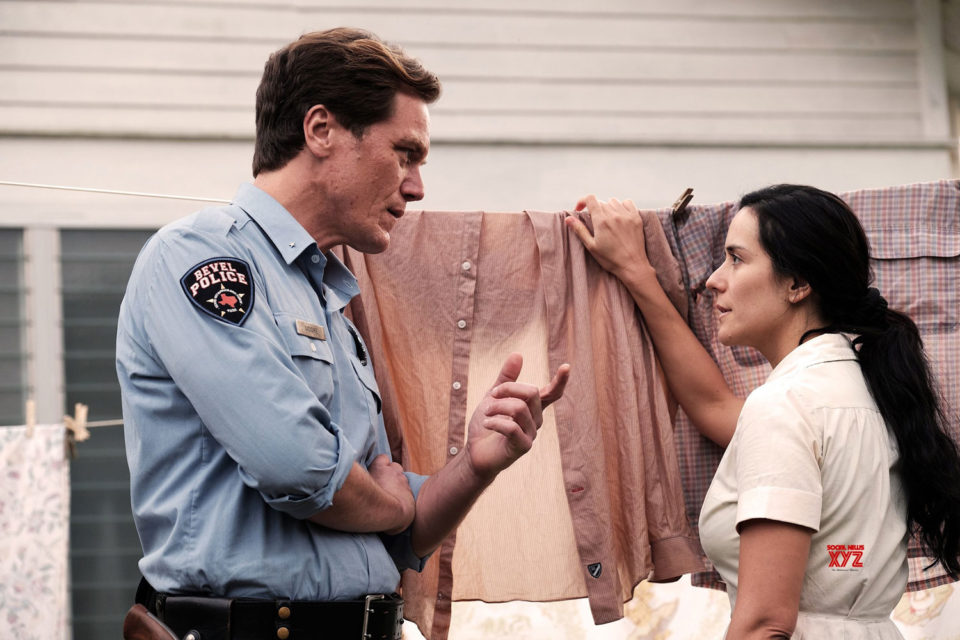 Most visibly, visually and audibly, discussed is the question of forgiveness presented by the life of the new preacher/man/sinner in his conversations with Shannon’s Moore. [Let me just say here that Shannon has become a must-watch for me – Midnight Special, The Shape of Water, 99 Homes – as he chooses roles that really allow him to ask big questions about what it means to be human. He’s an executive producer here, too.] Moore says things like, “Forgiveness only works in a world where people learn their lessons” and that forgiveness means that “no one has to be responsible for what they’ve done,” even as the preacher argues that everyone can experience forgiveness. The preacher wants to experience it so he’s eager to offer it to others; Moore is too angry by the disappointment of his own life, and his failure to achieve the life he wanted, to offer grace to everyone else.

In the end, The Quarry provides the audience with something incredibly thoughtful and provoking, a question about who we forgive and whether we believe we can be forgiven by God or others. It’s entertaining, but it will also leave you reflecting for hours later about what would happen to your faith if tested in the wilderness dust of the quarry.