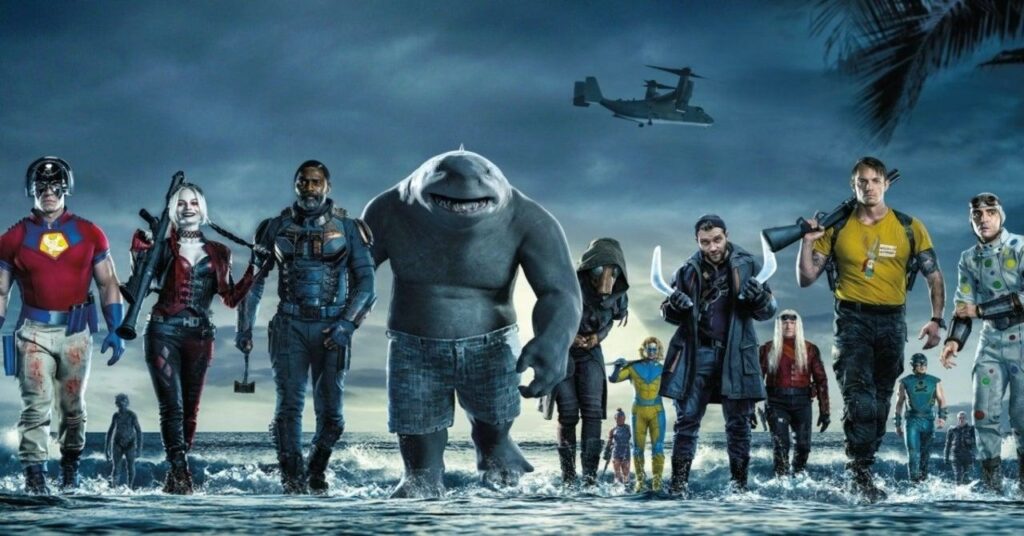 In the latest Warner Bros./DC Comics film, a group of broken individuals join together to save the world – or at least save themselves. The Suicide Squad, a mash-up sequel and reboot of 2016’s Suicide Squad, finds a group of violent criminals going behind enemy lines to complete a mission that no one else is crazy enough to attempt. It’s gory, profane, and rough past the edges to the very core, but it also asks the audience to consider what value the discarded and rejected still bring to the table. 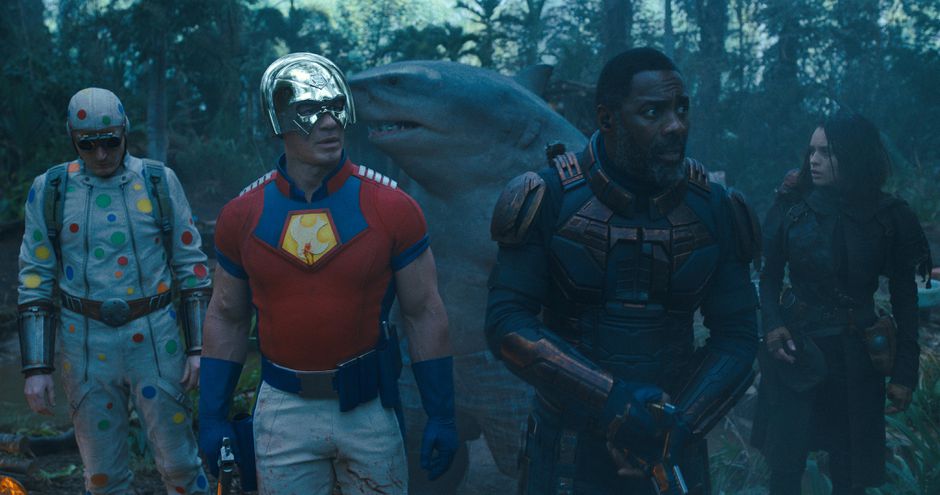 This is a comic book movie firmly planted in the adult section of viewing, a film that takes the elements of the initial Squad film and ratchets them up to the levels of a Quentin Tarantino flick. These are criminal characters, maligned individuals, who have bombs planted in their skulls to make them controllable by the American government. Under the direction of Amanda Waller (Viola Davis), these hardened criminals go to Corto Maltese to stop a dictator and find themselves up against an extraterrestrial threat of epic proportions. It’s exciting, off-color hilarious, and also … inspirational, but I’ll get to that later. 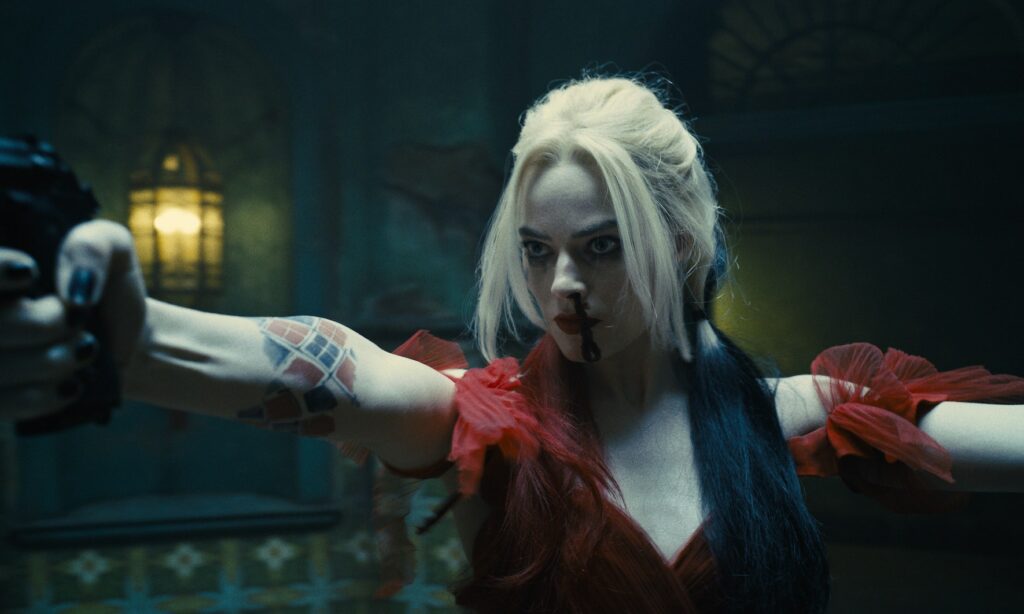 Two Task Force X teams are sent from Belle Reve Prison to face down the dictator’s troops. One, led by Rick Flagg (Joel Kinnaman), and the other, led by Bloodsport (Idris Elba), land on the island, with traumatic casualties. Joining forces with the remainders of the teams, Flagg, Bloodsport, Harley Quinn (Margot Robbie), Peacemaker (John Cena), King Shark (Sylvester Stallone), Ratcatcher 2 (Daniela Melchior), and Polka-Dot Man (David Dastmalchian) stumble through their mission, through several plans, and abundant explosions and maimings. This doesn’t sound like the typical Dove movie, and it’s not. But … 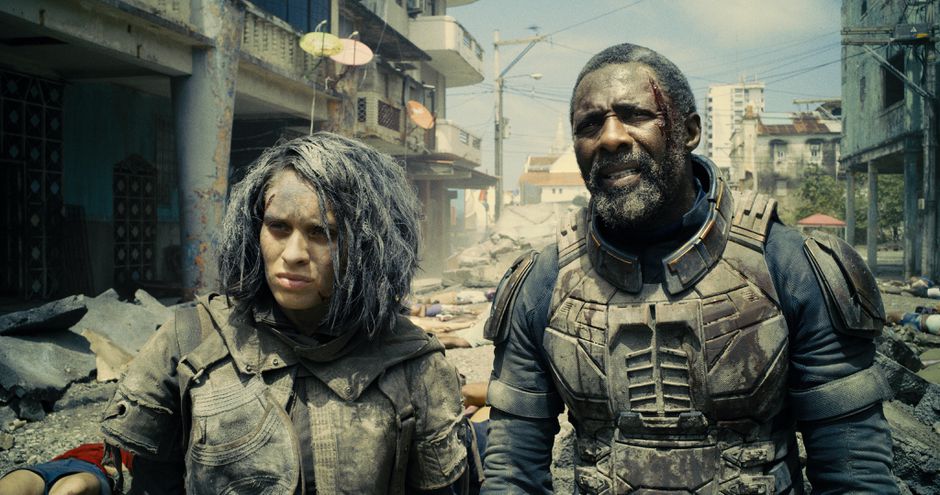 Somewhere along the way, the relationship between Bloodsport, a dad fighting to keep his daughter out of trouble by going along with Waller’s plans, and Ratcatcher 2, a young woman who talks to rats, becomes the heartbeat of director James Gunn’s (Guardians of the Galaxy franchise) film. She explains that the speaking-to-animals ability kicked in because of their deep poverty, and that her father taught her to understand that if the lowest lifeform by contemporary thought could be considered valuable, then everyone else could be considered valuable, too. Self-worth was about what an individual brought to the table rather than what others thought of them.

It’s not too much of a stretch is it, to recognize that Jesus’ mission of teaching, healing, and loving was a “suicide mission,” is it? To see that Jesus’ death on the cross was necessary for the eternal salvation of everyone, and that by most standards, Jesus had to know at some point (or all along) where this was headed – and he went through with it anyway because the cost was outweighed by the outcome. Along the way, he also modeled that the table was open to everyone – and that we were called to love others as ourselves, to see the gifts they brought to the table as valuable, as special.

The Suicide Squad isn’t appropriate for everyone – certainly not for children or those whose triggers will be pressed by the film’s violence. But the teachable moments are still there, buried under an excess of violence, gore, and expletives — which is unfortunate, because so many others would have been touched by the message if it hadn’t been.