TNT’s Snowpiercer has much mature content that keeps it recommended for family purposes, including the use of sex, violence, and drugs. Discerning audiences may recognize that they are challenged to reflect on their own decisions and consider what it means to faithfully live in times of high anxiety and societal disruption. This editorial reflects the first four episodes of the ten-part series.

Before Bong Joon-ho was the Academy Award-winning director of Parasite, he was the screenwriter/director for the Chris Evans vehicle, Snowpiercer. Now, after years of development, the premise of the film – that the remaining inhabitants of the world are rattling around the Earth on a class-structured train avoiding life-ending cold outside – has arrived as a TNT thriller starring Daveed Diggs and Jennifer Connelly. After a pair of murders, Connelly’s decision-making Melanie Cavill drags Diggs’ Layton Well, the only remaining police detective, from the tail of the train to investigate the death. In a clash of styles and class, TNT’s Snowpiercer lays out a fascinating study in what it means to be human while thrilling audiences with a dangerous hunting game aboard the rocketing train.

For those who haven’t seen the film or read the French graphic novel, the Snowpiercer is rocketing along, circling the planet, 1,001 train cars. The closer to the engine, the more prestige; the farther back, the worse the climate, the rations, the desperation. The cultural and societal questions are abundant, as we consider what it looks like for the normal expectations we have for the way people treat each other to break down, and even disappear. But the questions the show is really raising revolve around this basic one: does Snowpiercer show us a fantasy future of what might be or does it simply reflect back in science fiction terms what already is? 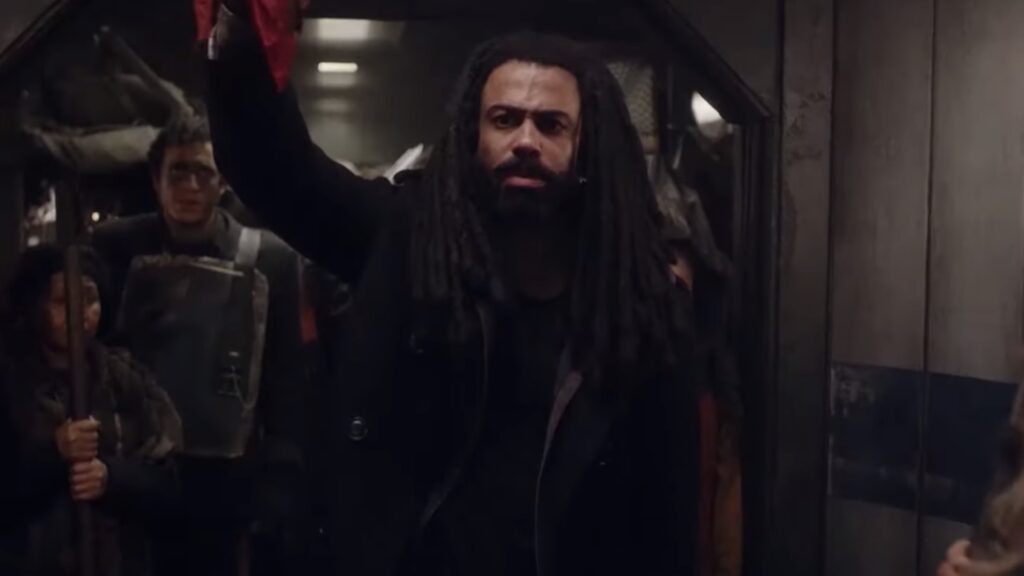 Central to all of this is Digg’s Well, a thoughtful, dangerous man thrust into a role he never wanted. Wrestling with the breakdown in his own relationships, his own hopes and dreams dashed by the world around him, he’s still out to solve the mystery of the deaths mounting on the train, even if he doesn’t owe these people anything. That’s because he’s also working to figure out a way to save the people of the tail who he feels responsible for showing that he’s a person of moral substance.

The audience can see that Digg’s central figure struggles with the difference between right and wrong, and the differences between what is good for himself and good for the whole. Those questions don’t seem to be much worry for Cavill, who has adopted the position of mouthpiece for the “corporate” holdings of the train, mainly the founder and designer of the plan. She’s content to rule with an iron fist, manipulating the populace with entertainment and “upgrades,” while forcing the common folk of the tail into a position of supplicants supporting everyone else with their offerings and effort. Images of concentration camps or the fictional world of The Hunger Games are not far from the class warfare here. 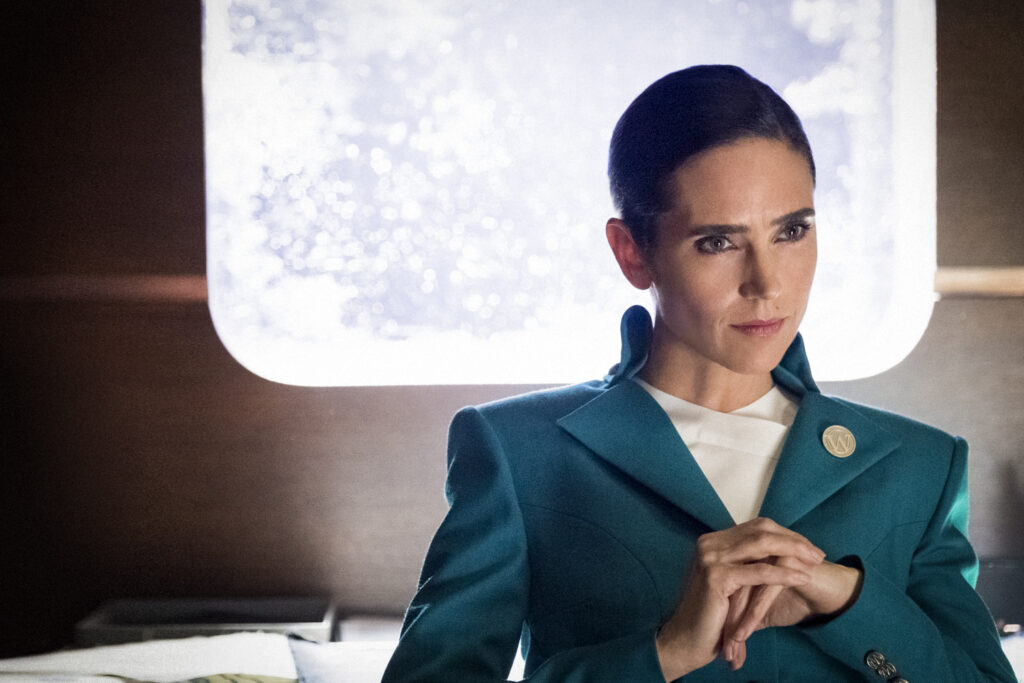 So many questions churn up in the midst of this murder investigation about goodness, virtue, humanity, forgiveness, and more. Issues that should cause us to stop and think about the systems in place that allow some to thrive and some to fight to survive. Issues that reflect in our present-day situation, where people are scratching and clawing for toilet paper, chicken, cleaning materials, breathing masks. Somehow, a world (in this case a train) rocketing along where people have been separated into the haves and have-nots doesn’t seem all that strange. Or fictional.