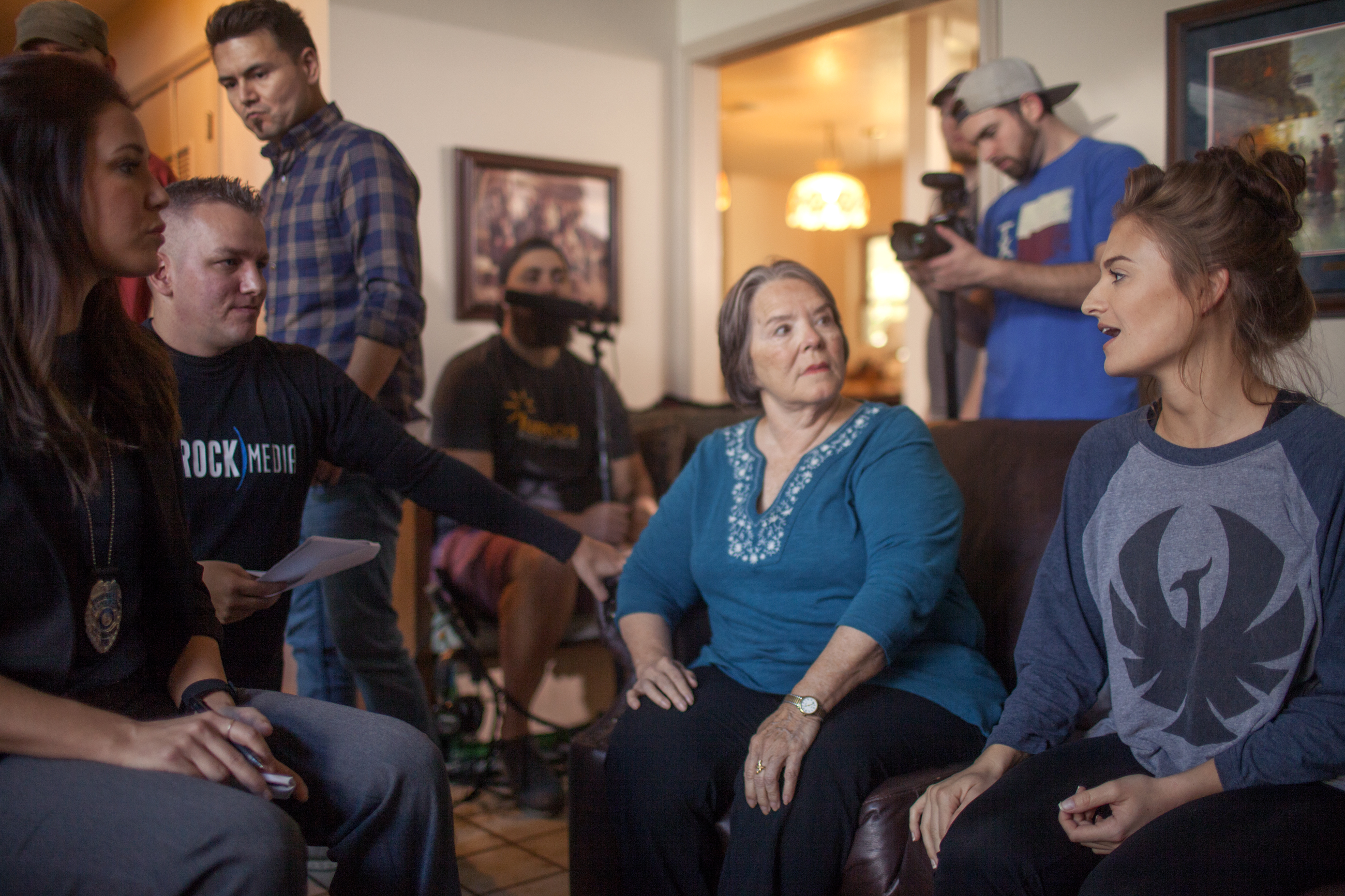 The road to Vindication started with single episode in 2015. Four years later, first-time director Jarod O’Flaherty has a ten-episode detective serial on Amazon that tells the story of individuals who are wrongly accused, who find themselves vindicated by the end of each episode. While Christian film can often fit a certain mold, O’Flaherty’s series has enough of the real world, enough faith, and enough distinctive flavor to catch the attention of the most jaded viewer. .

On a lunch break from his role as software designer, O’Flaherty shared that he never imagined the first episode would launch a series, but after the festival circuit and distribution deal were locked up, producers requested more of Detective Travis (Todd Terry, Breaking Bad, American Crime). “We did a second short film with Todd,” O’Flaherty explained, “but when they asked for a third story, I said we needed to start developing continuous themes.”

The overworked and slightly stressed detective was joined by his wife and estranged daughter in episode three, and a trainee partner on episode four. The serialized “cases” continued, with a continued use of better-known Christian actors as guests, beginning with Ben Davies, then Masey McLain, and Ashley Bratcher. O’Flaherty also worked on the overarching story about Travis’ need to find faith for himself, even as he saw examples of faith in other people he interrogated or interviewed in each case. But this isn’t the crime drama you expect.

The first few episodes track cases involving sexting, extramarital affairs, stalking, and more, like better known shows that pronounce that their material is ripped from the headline… even though O’Flaherty doesn’t watch crime shows.

“I don’t watch crime dramas because I didn’t want anything planted in my head. But episodes of crime shows I’d seen while my wife was watching always opened with the crime, and the rest of the episode was about solving it. I wanted to do something different so I asked, ‘What if we didn’t know what the crime was until the end?’ That launched the idea with little clues are given along the way.”

“When someone sits down to an episode, I want to hook them at the beginning and get them to keep watching. I just don’t want them to know what to expect.”

Of course, in a series called Vindication, each of the people who seems to be the likeliest culprit of the crime Detective Travis is trying to solve isn’t the person who has perpetrated the crime. O’Flaherty was careful to show a unique background each episode, at one time using a story about how he came to Christ and in another telling about the struggles of a young entrepreneur that he had experienced himself. And the series works.

All of this wouldn’t be so remarkable if O’Flaherty’s experience was more extensive, but he’s a self-taught director without a cinema credit on his academic or professional resume until 2011. In fact, prior to Vindication, the director’s experience was limited to a World War II documentary in 2011 and what he calls a “Sherwood-style” film called My Son in 2013. But O’Flaherty is happy to point out that he is in good company: “When Jesus called his disciples, he didn’t scoop up all the rabbis. He called different guys with different skills.”

This open-minded approach to filmmaking allows O’Flaherty a different viewpoint because he hasn’t learned at the feet of known Christian filmmakers. He says, “In the Christian market, so much is based on true stories. You already know how the movie ends if you know anything about the story. I want the heart to start racing when you watch an episode. If you don’t get the heart racing, it won’t be impactful.”

While the intent is to get the heart racing, O’Flaherty clearly wants his episodes to represent his faith and be as family-friendly as possible while dealing with some heavier themes. “When I’m editing, I know my wife or one of my four kids could come in,” he explained. “I know the subjects are more mature in nature, but these things are going on in their school and in conversations with their friends. This stuff is going on, so I want to be able to talk about it with them, but I don’t need to stamp an image on their mind that can’t be forgotten.”

“I want to be on the line – not too safe but not crossing the line. I just want to tell a good story.”

Vindication is also available on ChristianCinema.com.