The big game is just days away with two teams primed to compete for this year’s Lombardi trophy. Will it be the New England Patriots extending their dynasty, winning for a sixth time behind Tom Brady and Bill Belichick, or will the Los Angeles Rams’ young star coach Sean McVay lead his team to the win in his first time on the big stage? While you get ready for the game, or at least the commercials and the halftime show, here are some Dove approved films to get you in the mood. 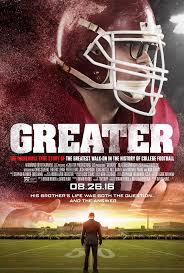 Greater tells the story of Brandon Burlsworth, perhaps the greatest walk-on in the history of college football. A life-long Arkansas Razorbacks fan, Burlsworth was deemed too short and too fat to play D-I football but walked onto the team anyway in 1994. While always displaying the traits of a humble Christian, Burlsworth’s perseverance in the face of discouragement and even tragedy serve as an example to those faced with challenges. The Dove review called it Rudy meets It’s a Wonderful Life. [Watch it here.] 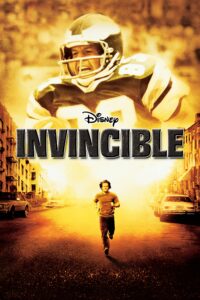 Invincible is inspired by another walk-on, Vince Papale (Mark Wahlberg), who overcame tremendous odds to join Dick Vermeil’s (Greg Kinnear) Philadelphia Eagles. Papale — a down-on-his-luck, thirty-year-old substitute teacher and part-time bartender – had never even played college football but against all odds, lived every fan’s dream. In football and life, Papale proves capable of rising to the challenge, and this film provides thrills for those seeking to see the game beyond the three-hour slots on Sunday afternoons. [Watch it here.] 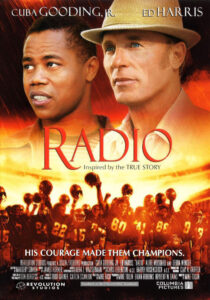 Radio provides a viewpoint into the life of James Robert Kennedy, a.k.a. Radio (Cuba Gooding Jr.), a mentally challenged teenager who lives with his mother in a small South Carolina town. Radio, so named for his love for music and vintage radios, is the school laughing stock and spends much of his time simply walking back and forth through the town while his mother works at the local hospital. Harold Jones (Ed Harris), the town’s respected high-school football coach, begins to take an interest in Radio, who responds slowly, being extremely introverted. Coach Jones takes Radio under his wing and, as the months go by, a warm friendship develops between the two that overcomes the challenges of life. [Watch it here.] 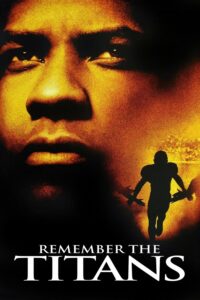 Remember the Titans shines a light on the T.C. Williams Titans of Alexandria, VA, circa 1971. When the local school board was forced to integrate an all-black school with an all-white school, the very foundation of football’s great tradition was put to the test. Herman Boone (Denzel Washington), a young black coach who is new to the community, was hired as head coach of the Titans over Bill Yoast, a white man with several years seniority, a steadfast following, and a tradition of winning. As the two men learned to work together, they found they had much more than football in common. Both were men of integrity and honor, with a strong work ethic. These two coaches not only molded a group of angry, unfocused boys into a dynamic, winning team, but also helped guide them into becoming responsible young men. Their determination to work together and win brought together a town torn apart by prejudice and intolerance. [Watch it here.] 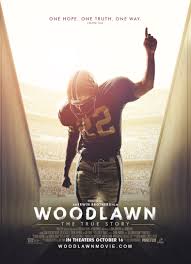 Woodlawn also navigates racial inequality through high school football, as running back Tony Nathan (Caleb Castille) boldly embraces his talent and his faith in 1970s Birmingham, AL. The Woodlawn Colonels football team is a microcosm of the problems at the school and in the city, which erupts in cross burnings and riots, and Coach Tandy Gerelds (Nic Bishop) is at a loss to solve these unprecedented challenges with his disciplinarian ways. It’s only when Hank (Sean Astin), an outsider who has been radically affected by the message of hope and love he experienced at a Christian revival meeting, convinces Coach Gerelds to let him speak to the team that something truly remarkable begins to happen. More than forty players, nearly the entire team, black and white, give their lives over to the “better way” Hank tells them is possible through following Jesus, impacting their community in life-altering ways. [Watch it here.]