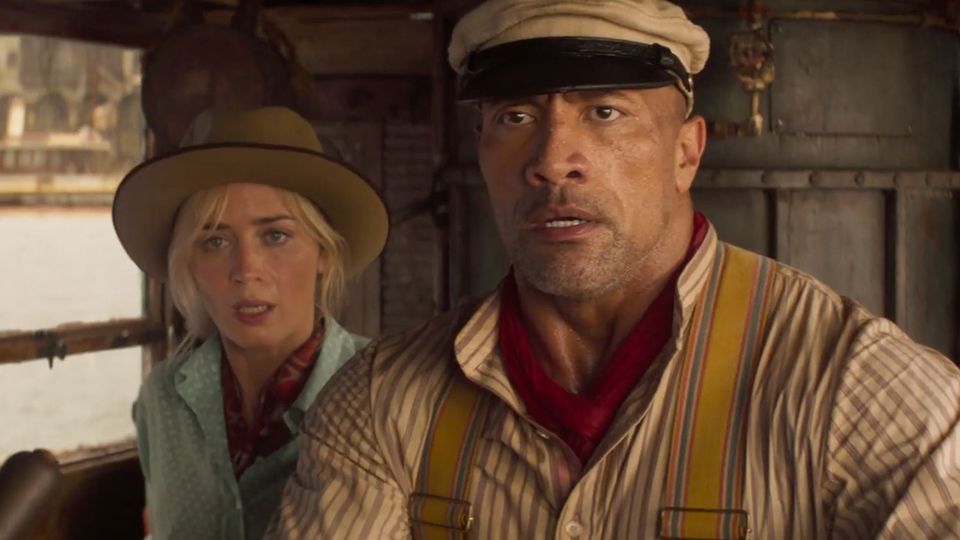 Disney’s Jungle Cruise saunters down the river into the jungle with the panache of Dwayne Johnson at the helm. As the riverboat captain Frank Wolff, he’s transporting intrepid explorer sister and brother combo Lily and MacGregor Houghton (Emily Blunt and Jack Whitehall) reluctantly to a destination he believes they’ll never reach: the Tree of Life. Believed to have restorative healing abilities, the Tree of Life is also the object of the crazed German Prince Joachim (Jesse Plemons), who wants the Tree’s petals to turn the tide of the First World War.

The film has action peril but for the most part, it’s set in tone like an old Wide World of Disney film that would’ve been shown on Sunday nights for family viewing. There are a few innuendos tossed in here and there, but for the most part, director Jaume Collet-Serra, who has made his bones directing horror films and Liam Neeson vehicles, keeps it in the realm of lighthearted escapism. 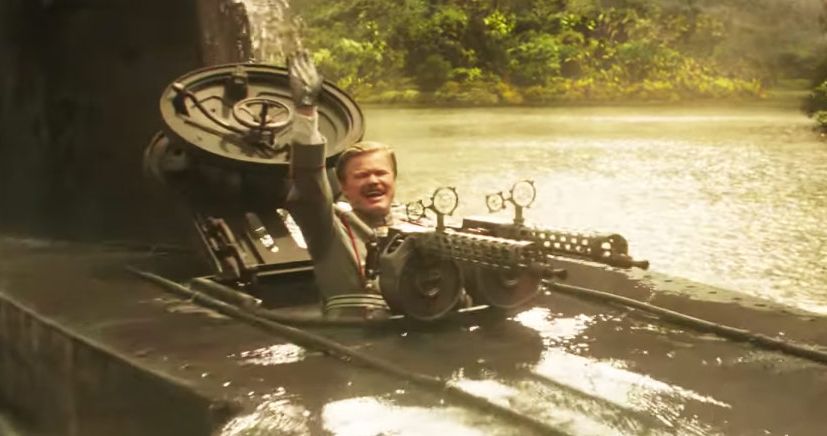 The mythical elements of the Tree of Life lead to a few asides that have deeper import than other reviews may be giving them credit for, like the discussion between Wolff and Lily about whether the petals should be used for personal gain or for everyone’s gain. Of course, the devilish Joachim wants them for personal gain, but it’s much more interesting to have two heroes debate what good the petals can do. And then there’s the question of identity and worth, both developing between MacGregor and Wolff vaguely about MacGregor’s sexuality, and also provided several times as critical rich white men decry Lily’s abilities or credibility as an explorer due to her gender. Families may find themselves discussing values, and what it means to respect people – even ones we disagree with.

The CGI can be a bit much, but it’s all par for the course whether it’s the wild leopard, the ravaging rapids, or the subterranean cave housing the Tree of Life. The ‘curse’ on the Spanish conquistadors is a whole other visual – of snakes, bees, and sentient jungle vines that may be too much for the smallest of audiences but which don’t amount to much in the long run. These seem to be the continued growth in Disney’s animation of ‘real-looking’ animals; none of those pictured here talk, but they all seem better integrated than some of the talking animal films Disney was delivering early on in the pandemic.

Jungle Cruise seems like the obvious summer film that families will watch at home on Disney+ or in theaters and drive-ins if the moment allows. Reminding our children that they should explore, that they should collaborate, that they should want the best for all of the community – those are ideals audiences picked up watching Swiss Family Robinson and other classics on Sunday nights in the twentieth century, and are the lessons to be shared with our children today.