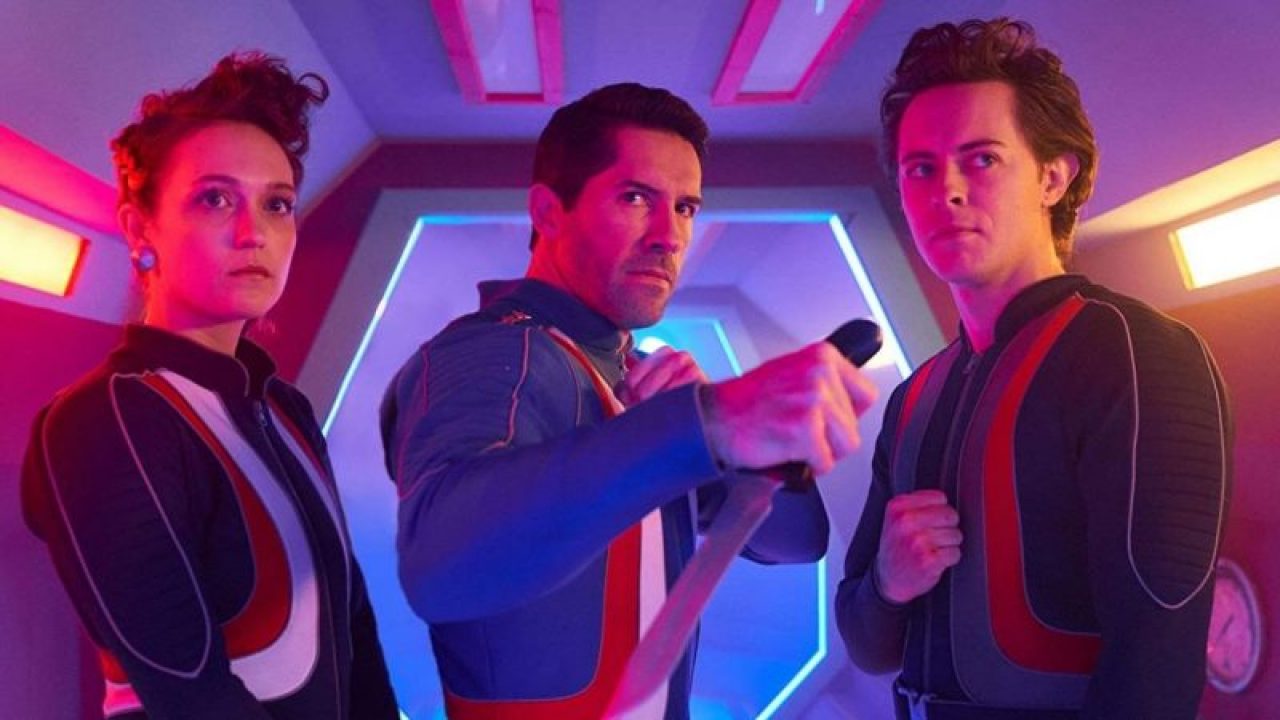 In director Martin Owen’s new sci-fi, action/comedy fantasy (that’s right, it does it all!), a teenage video game junkie finds herself accidentally pulled into the world of her favorite game. There, she’ll try to work with the game’s titular hero Max Cloud (Scott Adkins) who is the kind of dense bull in a china shop hero that made video games in the 1980s great. But if the real-world players can’t get Cloud aimed in the right direction, there’s no hope for them: they’ll be forever stuck in a pixelated world.

In the game, Cloud’s spaceship has crash-landed on a planet populated by the universe’s worst prisoners, and help won’t get there in time. Add in the evil Revengor (John Hannah), because even names in this film are tongue-in-cheek, and Cloud’s crew has an uphill battle. Jake (Elliott James Langridge) becomes real-worlder Sarah’s avatar in the game, and she’s trying to communicate with her friend Cowboy (Franz Drameh), who is piloting the characters through the game. While the flow of the film follows the game’s storyline, the extracurricular stuff is incredibly more intriguing.

Sarah’s father doesn’t want her playing video games, and of course, she’s short a mom character because, well, that’s the plot of ‘80s films about kids and teens. The game in question, when depicted on the small floor model television is something akin to Mortal Combat meets Double Dragon meets Space Invaders. This isn’t as complex and layered as Ready Player One, but it’s not trying to be. There’s a cool geekiness to the kids trying to outsmart the game which they’ve never beaten to really stay alive, and a reminder of the stereotypes put on characters (and people) in our expected stories. [Add in another layer for martial art master and B-movie star Adkins playing against type.] 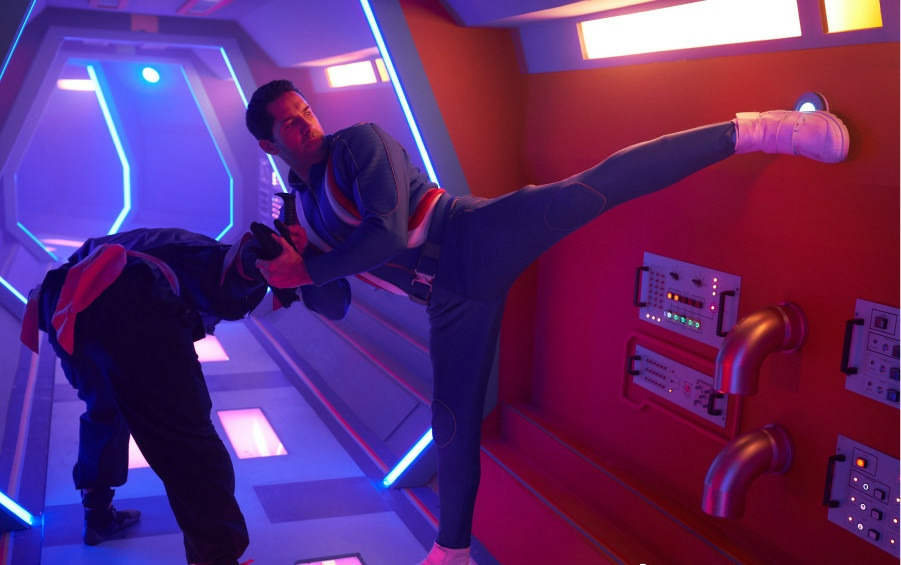 Characters like Revengor, who was hurt by others and now hurts others, and Cloud, who actually wanted to pick a career far from the glare of laser battles, get to show off more than what they were in the average videogame. There’s the way that stereotypical videogame thoughts about kinds of people and situations – “women can’t pilot ships” and plunging into situations assuming the intent of another person – that get tossed on their heads. And there’s also some deeper level thinking about what it looks like when we take control (or don’t take control) of our own lives.

Some of the language and violence is a bit over the top for younger audiences, but for fans of the ‘80s, and those seeking insight into how society behaves through the lens of a videogame, Max Cloud provides an entertaining hour and a half escape from the daily grind.