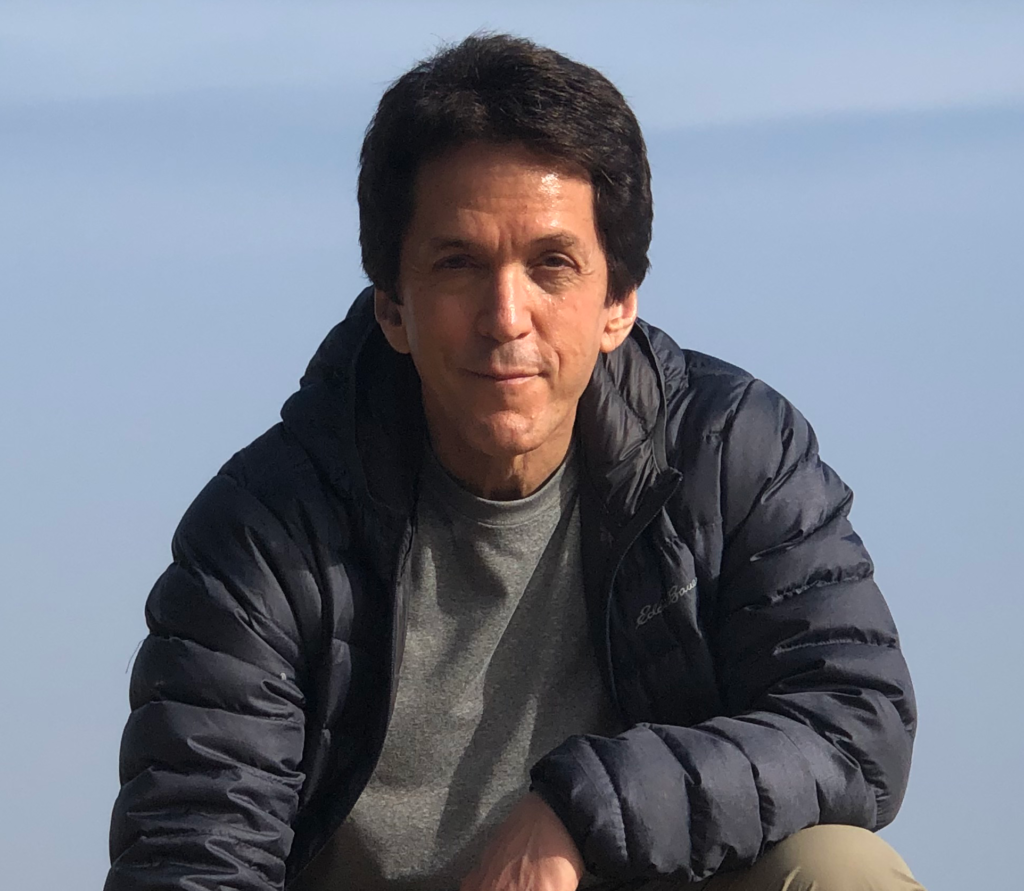 The first line represents what most people know about Albom, the author of Tuesdays with Morrie, The Five People You Meet in Heaven, Have a Little Faith, and five other books that have collectively sold thirty-eight million copies. But the second line represents the ideals that cause Albom to light up when speaking about his life retrospectively.

When asked what launched the idea for his latest novel, The Stranger in the Lifeboat, Albom speaks about the little girl that he and his wife Janine Sabino adopted from the Haitian orphanage that Albom now runs. While he and Sabino have been married for more than twenty-five years, it’s not until 2010 that he visited Haiti and entered the sphere of influence and community that would lead them to adopt a Haitian orphan. In 2010, right after a brutal earthquake rocked Haiti, a Detroit-based pastor approached Albom for help.

“He couldn’t get word through to the orphanage and he had heard a rumor that all the children had died,” remembers Albom. “He came on a radio show in Detroit to raise money, but he couldn’t get a flight down there because all of the commercial airlines weren’t flying there. I arranged a small plane trip through a friend, even though I’d never been to Haiti in my life and probably wouldn’t have been able to find it on a map.”

“Most people still hadn’t gotten back into Haiti but the military let us in. It was shocking. People missing arms and legs in the streets, doctors performing triage in a field, people scrambling for any water dripping down the dirty street. It was just heartbreaking, and two hundred and fifty people had jumped the walls of the orphanage and took it over.”

Meeting the children of the orphanage, Albom was overtaken by their spirit, their faith, and their deep immediate needs. He returned to Detroit and brought roofers, plumbers, and contractors back to Haiti with him. They dug the first toilets the orphanage had ever had, built a kitchen, and constructed showers for the school. They were improving the infrastructure but Albom saw how hungry the children were, too. Then the administrator of the orphanage announced he was moving on…

“I look back now and say, ‘What was I thinking?’ But I heard myself say, ‘I could probably run this, because I run some charities in Detroit. How difficult could it be?’ Now, I’m there every month. There are fifty-three children there now and all of the kids have college scholarships if they take the TOEFL test [Test of English as a Foreign Language]. We have four in college in the States right now,” he shares, as a proud father.

But there was one young girl who became even closer to the Alboms’ hearts, Chika, who Albom has since written about in Finding Chika. The Alboms brought Chika back to the U.S. to make sure she received the best physicians’ care, but she never returned to Haiti. Instead, for two years, they upended their lives, praying for Chika’s healing. 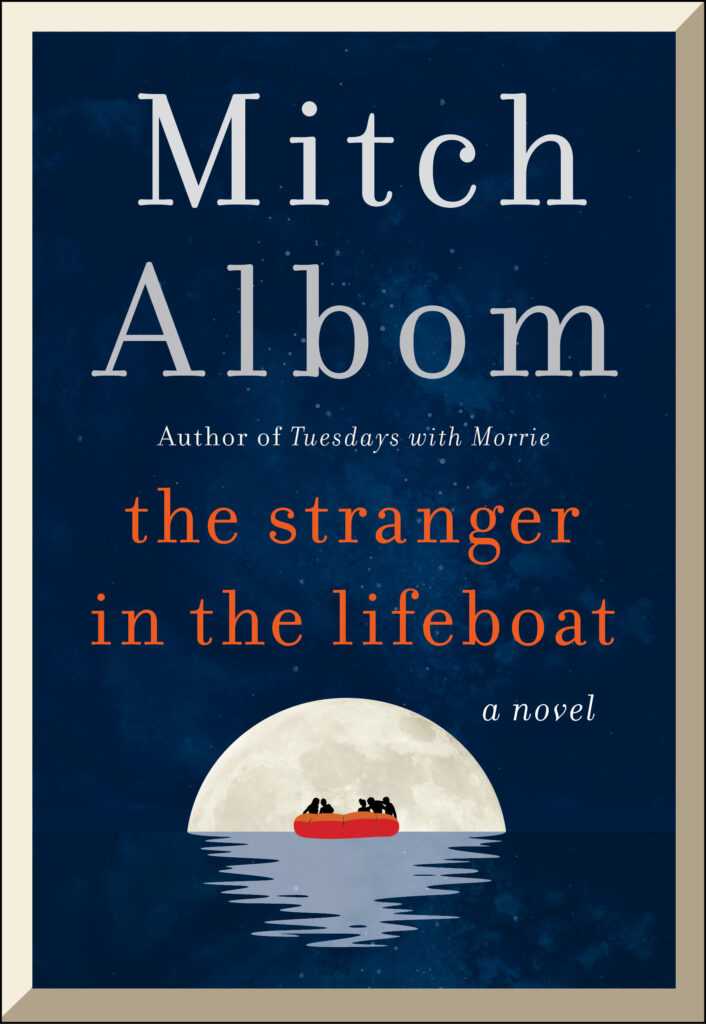 “The Stranger in the Lifeboat is really about asking for help,” Albom says. “Here we were after losing this little girl we adopted from Haiti at age seven. I had a lot anger and resentment then toward God and the world. Four years later, this book is an antidote. I was trying to examine the idea about when we ask for help, and help comes but we don’t recognize it. We ask for specific help: ‘I want to get this job by 10 o’clock tomorrow.’ 10 o’clock comes and goes, there’s no job, we’re disappointed.”

When Chika was sick and stayed sick, the Alboms prayed constantly and asked God to make her better. When she continued to get worse, they asked that God would keep her alive. When she died, Albom felt abandoned in that prayer. “I understood why prayers couldn’t come true for me, and always accepted that, but when it couldn’t come true for a seven-year-old girl born right before the earthquake, who had the building fall down around her. Then she loses her mother in childbirth, at five she gets a brain tumor, and at seven she dies.”

“I went through a stretch where I said what’s the point. Finding Chika was the non-fiction book I wrote to deal with the pain. I wrote it as a conversation, talking to Chika, and it was cathartic to work through my pain. At the end of that book as a year’s worth of grieving, I realized that we didn’t lose a child, we were given one. So when I sat down to do write this one, it was more in a ‘I want to be healed’ sort of mindset, asking God why.”

Albom recognizes now that we often ask why God ‘took’ a person rather than what did we do to deserve ‘being given’ that person. He knows that he and his wife didn’t “deserve” to receive Chika in their fifties, to receive a chance for family like that. And now he wouldn’t trade those two years with Chika for anything, because he calls them “the richest part of our lives.” With his new book, he hopes to show others how to handle their own struggle and suffering.

“What’s the most dire idea where we would need help? A lifeboat seems like the worst way to go to me. Then this person shows up after you pray and you’re not immediately saved. Instead, he says, “ No, I’ll wait until everyone believes. Time passes and they still don’t believe. It could be that the help is right there but it doesn’t look or act the part, eating or drinking. When bad things happen to us, we say it couldn’t be what God wanted because it’s not what we wanted.”

The faith of the journalist-turned-author has grown over time, thanks to his wife, a pastor in Detroit, a rabbi in New Jersey, fifty-three kids in Haiti. It’s that community that he says tweaks his faith, and the kind of community that readers can see by its presence and its absence throughout the new novel. It can drive us toward faith if we’re willing, Albom believes.

“The lifeboat wasn’t picked arbitrarily. The idea of the stranger in the lifeboat – we’re all in a lifeboat getting by with what we do and there’s a force with us. If you believe in nothing, have no hope, that force is always going to be a stranger. If you believe in that good, it can become the thing that you lean on that ultimately saves you.”

“The sense of a community – a church, a synagogue,” he continues, “it’s what you share your lifeboat with. Being in it together, praying together – it happens every night with our kids in Haiti. They do a forty-five-minute devotion before they go to bed, so they go to bed having said thank you. It happens in a little tin roof gazebo, everyone on top of each other, rain pelting down, together. Church is at its best when it brings us together. Together, we’re asking for help, thanking God, realizing that we share the same history and have the same problems. I decry the disintegration of church and synagogue membership, from people who say, ‘I’m on my own, I don’t need anything, I have my congregation of four thousand Twitter followers and they give me an amen.’”

Albom the author-turned-father knows that God doesn’t operate on our schedules, that we need each other’s encouragement to make it through the suffering, through the waiting. When we learn how to pray, Albom sees that we can learn about the good that God has in store for us, in the lifeboat, in the water, or back on land.

“God doesn’t operate on our time table. We’re so time conscious. We’re not willing to accept that. We ask for help as if we’re ordering a sandwich at a delicatessen. ‘I’ll have the #17 with no cheese.’ If it’s not there in five minutes, we’re disappointed; if it comes and it doesn’t look like what we expected, you’re disappointed. We’re like that when our prayers aren’t answered the way we want, but when time passes, you realize that the thing you were being denied, you wouldn’t have met your wife, had these kids, etc. That the “not answered prayer” was the best thing that ever happened.”

Speaking of best things now, The Stranger in the Lifeboat is available everywhere, and the tale of the survivors in the lifeboat will lift your spirits and challenge you to trust in God through the high seas and on the calmest waters. Thanks to Mitch Albom’s life experiences, readers everywhere can connect a bit deeper in faith, and realize that they’ll never be alone.