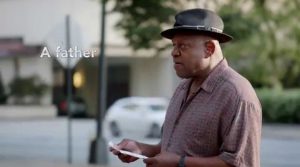 Nima Babineaux (Tatyana Ali) looks like a woman who has it all – she is an accomplished pianist who runs her own music school and is engaged to Spence (Brad James), a successful engineer who adores her. But, in truth, she has never recovered from her alcoholic father, Othell (Charles S. Dutton), walking out on their family and it has made it hard for her to truly trust anyone. When Othell decides it is time to make amends and tries to reenter her life, Nima begins an emotional and eye-opening journey she could have never expected.
Watch Trailer
Watch Trailer
10
Negative Rating
12345
SexLanguageViolenceDrugsNudityOther
0
Positive Rating
12345
FaithIntegrity

In this film Othell Babineaux is an alcoholic that has been sober for over two months and wants to make amends with his family, especially his daughter, Nima. This is a story about how this addiction affects many people around the person who has the affliction.

Nima has her own problems that she blames entirely on her father and she wants nothing to do with him. Because of her father she tends to not trust people around her; she pushes people away and is afraid that she is not good enough for anyone. This story is an emotional drama about pride, anger, and forgiveness. There is also a look at how the actions of others sometimes are reflected unintentionally in the people they love. “Comeback Dad” has earned our Dove “Family-Approved” Seal for ages twelve plus. This movie says a lot about relationships.

Couples kiss; young couple is getting married and might be living together; young couple lying on bed and seem to be interested in being intimate but are stopped by grandmother.

Bar scenes, drinking wine with dinner; young man getting drunk; discussions regarding being an alcoholic; drinks at a wedding.

Disrespectful attitudes towards others; mother keeping secret from daughter; making amends for past.