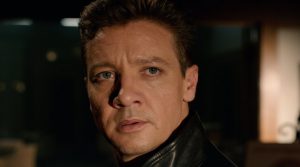 One month every year, five highly competitive friends hit the ground running for a no-holds-barred game of tag—risking their necks, their jobs and their relationships to take one another down. This time, the game coincides with the wedding of the only undefeated player. What should be an easy target soon becomes an all-out war as he knows they're coming to get him.
Watch Trailer
Watch Trailer
18
Negative Rating
12345
SexLanguageViolenceDrugsNudityOther
1
Positive Rating
12345
FaithIntegrity

In a time where it would seem fiction is more desirable than the truth, Tag inherently makes the case for the other way around. To describe in a way that I believe is spoiler-free, the film rolls credits showing actual footage of a group of friends variously sneaking up on each other and gently tagging them. No, the action, the thrills, the attention-grabbing comedy and quick-paced editing are missing. But what we are left with is pure, unadulterated sweetness, at the core of most good friendships.

That is not to deny Tag of its sweetness. The pranks, gags, and ultimately machoism would likely seem heavy handed if there was absolutely nothing to care about in these characters. None of the actors stand point, which is meant to be a compliment. The believability in these friendships is what is integral to the core of the film, and in a mostly balanced way (Hannibal Burgess’ character seems to be cut short too often), these relationships are sold to us for a fair price. Yet with all the antics that pervade every frame, the guesswork it takes from the audience to wonder what is part of the joke and what is not, the film feels like busywork. Unlike the very fun Game Night from earlier this year, the constant narrative shifts and second-guessing doesn’t quite ring as “fun.” Instead, it strips a little from the core, the sweetness, of the truth of the story, making it overly complex. The Dove Take: As far as plot and character goes, Tag has great potential for being an underdog Dove-Approved film. It is an example of crass jokes being taken too far out of context, chiseling away at its kindhearted underbelly. There is something special to be appreciate here, what with friendship spanning the country all in the name of youthful fun and games. But because the film’s content is more adult-oriented, the experience for all cannot be enjoyed and experienced. Surely many audiences will enjoy the film for its far-fetched antics, and perhaps the sweetness is more attainable based on the eyes of the beholder. As far as younger audiences, the film does not receive approval.

Comic action, including hitting, falling, and objects being thrown at characters

Comic action, including hitting, falling, and objects being thrown at characters

Character frequently smokes marijuana in most of his scenes; several scenes of moderate, social drinking; character uses chloroform to knock out characters