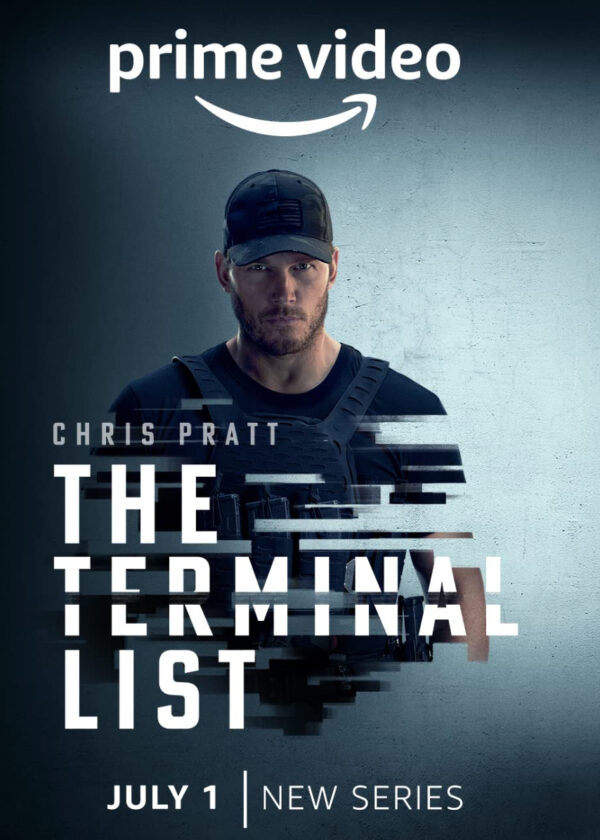 A former Navy SEAL officer investigates why his entire platoon was ambushed during a high-stakes covert mission.

This hard-hitting and fast-paced show leaves nothing to the imagination. It stars Chris Pratt as a Navy SEAL commander, James Reece, who returns home following a disastrous mission in which 10 of 12 men died. Only Reece and fellow fighter Vickers, also known as Boozer, survived. Explosions erupt, trip wires are set off, guns blaze, and blood flies. Blood is seen on the faces of various characters, on their stomach wounds, and even on the wall following either a suicide or murder. And that is one of the lingering questions-what exactly happened? Did Boozer commit suicide or was he murdered?

Reece’s mental state is questionable, and various events happen which causes the viewer to question whether Reece is in his right mind or is he right about various shady characters being behind the various tragedies that play out in this Amazon Prime eight-episode series.

Reece has a close relationship with his wife, Lauren, and his daughter, Lucy. But when tragedy strikes them as well, the viewer is left with one of two possibilities: Either Reece himself was involved in their tragic ending, or someone else that is, as of yet, unknown. This is the type of series that features a song about a finger being “on the trigger.”

The production value is one of quality, and the acting is first-rate. Pratt carries the lead role well, moving between the likeable family man serving his country, and the mentally tortured and angry man who demands answers and believes there is a lot more to various happenings in this series of plots than meets the eye.

The downside is that the movie is filled with violent moments, murders, very strong language (including “GD” and “JC”) and other profanities throughout the episodes.

It is steeped in realism for sure, with current up-to-date technology, which Reece makes use of in attempting to solve several riddles. For example, the biggest riddle concerns Irani weapons specialist Dr. Johan Kahani, who was a major reason for the mission which resulted in the death of Reece’s ten men. However, a TV news report says Kahani was killed in an elite U.S. Military operation conducted in northern Syria. Is this true? And who is Quds agent Josh Holder, an NCIS guy, assigned to Boozer, and is he involved in what happened to Reece’s family? Or was he the front man for a powerful behind-the-scenes leader with a devious agenda? There are a few light moments in the series, including when the Madam Secretary meets with Reece and Reece tells her, “My father hated to fly, ma’am.” “That’s because he flew with my father,” she replies.

This is an edge-of-your seat series, with a lot of action and plenty of mysteries to be solved throughout the eight episodes. Due to the strong language throughout and the violence, it has not earned our Dove seal, but it does make a suspenseful and a fast-paced action series for viewers.

This action-packed series moves at a rapid pace, and regrettably features strong language and violence throughout.

A prayer is offered in a scene, and a man says, “Amen.”

A man’s family support him following the loss of the man’s wife and daughter; a friend tries to help a main character by talking with him; a man is loyal to his family.

A lot of language including GD, JC, Good Lord, H, multiple uses of the F word including MF, S, BS, D, and a slang for male genitals.

Shootings, bloody wounds, blood seen on the wall, blood on the floor, explosions, guns held on people including a gun put in the mouth of a man, man grabbed by the throat.

Several bar and drinking scenes including beer and whiskey; a sign about light beer is seen; a man gives his friend his own prescription drug for a headache; man seen with a cigar in his mouth.

Tension between characters; death and grief including the loss of a man’s Navy SEAL team and his wife and daughter; betrayal, tattoos, gambling.