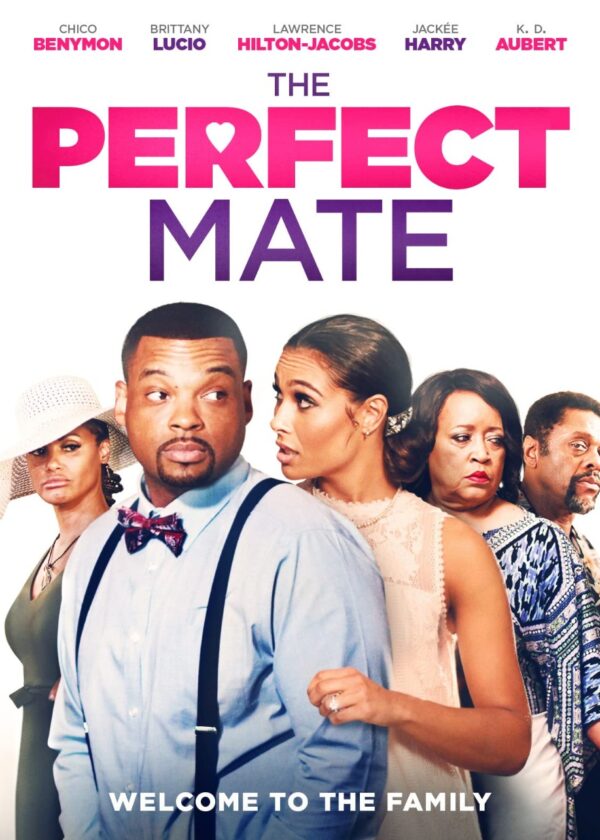 Hope (Brittany Lucio) is a control freak and a perfectionist and nothing would please her more than bringing the perfect Christian future husband home for the weekend to meet her father Reverend Adams (Lawrence Hilton-Jacobs), her mother Mrs. Adams (Jackee Harry), and sister Cherish (KD Aubert). On the day they’re scheduled to leave she’s dumped by her fiancé. That’s when she enlists the help of her platonic male friend, Jesse (Chico Benymon), who is the epitome of everything ungodly, to impersonate her ex, the upcoming pastor. While there, he learns to appreciate family and faith in this hilarious Christian romance comedy.

Hope (Brittany Lucio) is a control freak and perfectionist, who plans on bringing her next-to-perfect fiancé home to meet her Christian family that has very high standards, especially her preacher father Reverend Adams (Lawrence Hilton-Jacobs). When the couple unexpectedly part ways, Hope is desperate to pull off her plan to impress without a hitch, but The Perfect Mate offers one surprise after another.

In a moment of desperation Hope decides to convince who she thinks is her uber driver Jesse (Chico Benymon) to pose as her fiancé for the evening, which turns into a weekend of antics with an outcome that no one expects. Hope’s mother Mrs. Adams (Jackeé Harry) adds to the comic relief, as she works to bring her squabbling adult children together peacefully after many years apart, but Hope’s sister Cherish (K.D. Aubert) suspects both Hope and Jesse of not being honest. With Cherish’s son acting as a “little devil,” constantly stirring the pot, and goading Jesse on, laughs and confusion reign supreme.

However, it’s Hope’s tough father who is fooled by the couple the most, as he sees good in Jesse and encourages him to follow his moral lead in life. While Hope struggles with resentment towards her family, especially her bitter and angry sister, Jesse is slowly wooed into falling in love with all of them. He, surprisingly. becomes the voice of reason, and urges Hope to look closely at her own choices.

While Jesse starts out the weekend as an unbeliever his philosophy of life and belief in God transforms, as the Reverend Adams increasingly includes Jesse in his ministry to others. As Cherish and Hope both learn some humility, a man is healed, and broken trust is forgiven. Overall, Jesse and the viewer have many opportunities, along with plenty of laughs, to appreciate how family and faith can make an integral difference in one’s life and the lives of those around you. Though he and Hope traverse some hiccups, the ending to this delightful Christian romcom is worth the wait.

The Perfect Mate is a prime example to trust the unexpected turns in life that may lead to the greatest blessings.

Main characters lie throughout, but are exposed and convicted; secondary characters are mean and selfish but are corrected.

A young boy punches an adult character in the face, and the adult in turn threatens him in a comedic manner.