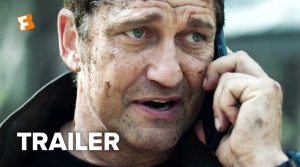 The Dove Take: Angel Has Fallen sheds light on the secrets and deception that define politics and threaten presidencies. Though this film fights for truth, fights for the good guy and restores the meaning of family and friendship, rough fight scenes and much rougher language aren’t appropriate for many audiences.
Watch Trailer
Watch Trailer
12
Negative Rating
12345
SexLanguageViolenceDrugsNudityOther
4
Positive Rating
12345
FaithIntegrity

Secret Service Agent Mike Banning is framed for the attempted assassination of the president and must evade his own agency and the FBI as he tries to uncover the real threat.

Mike Banning (Gerard Butler) is next in line as director of the Secret Service—which sounds like quite the honor until it comes with the legal accusation of attempted murder on President Allan Trumbull (Morgan Freeman).

On the run, Banning must not only find out who is behind this political stunt, he must also prove his innocence by partnering with his estranged father and making his way back to President Trumbull’s hospital room before the bad guys get him first.

Angel Has Fallen portrays the looming threat of fatal foes and deathly lies that our government leaders face each day, all while highlighting the importance of restoring family bonds, protecting loved ones and sacrificing self for others. However, gun, knife and bomb violence are consistent throughout the movie, and the film is heavily scripted with rough language.

Though this movie offers a strong, action-packed plot for adult audiences, the violence and language are enough to make this film fall short of our Dove-Approved rating.