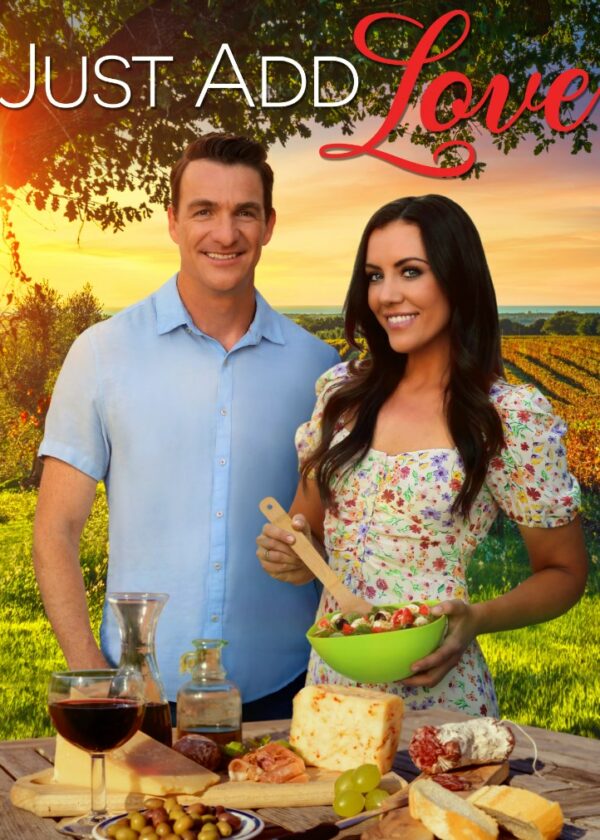 April, an uptight health-chef guru is on the verge of notoriety, but her brand of cooking is failing. Despite her assurances healthy is tasty, those who have tried her recipes disagree. Unwilling to give up on her hard work and career, April vows to reinvent herself and travels to Italy to learn how to incorporate the country’s notoriously rich culture of food into her own recipes. There, she meets Rob, a brilliant chef specializing in Italian cuisine, who helps April find a new joy and freedom in life and in cooking.

A charming movie that will take you to the beauty of Europe where the preparation of food is such an important part of daily life.  As you watch the story unfold, and if you love cooking, it may be the spark that finally compels you to book your trip to that awesome Italian cooking school you’ve been dreaming about.  That’s what this reviewer will be doing!  Dove approved for all ages!  Enjoy!

April Meyer (Laura Mitchell) loves to cook healthy food, but when the focus group fails every recipe for the new cookbook, she is puzzled and deflated.  Healthy food, but no one wants to eat it, so the debut cookbook is on hold, but the publisher is willing to give her four weeks to come up with a new angle.

Uncle Derek (Scott Christopher), the family’s favorite uncle, lives in Italy and April promised her publisher she can make Italian food healthy.  It’s off to Italy to reinvent herself!

A culinary tour is the best place to start and Roberto is the perfect tour guide.  As April is introduced to the rich Italian food culture, she is excited to figure out a way to incorporate the deliciousness into her own recipes.  As she tries to adapt to a healthier version, Uncle Derek is not overly flattering in his critique and April realizes her strategies need some serious revamping if she is to be successful.

When April becomes suspicious Roberto’s Italian accent is fake, he confesses he is an American and despite being a brilliant chef, cannot get a job.

As April and Rob cook together, they are complementing each other’s culinary skills and April is finding a new joy and freedom in life and in developing her recipes. The results are awesome as Rob introduces April to foods that look and taste sensational.  They are realizing their dreams are similar.

When Rob accuses April of not giving him credit for his help, they argue but April is unrelenting.  But when she rethinks the harshness of her words, she quickly posts the truth about the help she received from Rob.  Social media explodes and an offer comes in that neither April or Rob can refuse… and it’s all sealed with a kiss!  A heartwarming movie that ends just as it should and will leave you with a happy feeling!

As you cook up the recipe for your life’s direction, be sure to include a sprinkling of candor, joy, honesty, and a  good life-partner choice to ensure your menu will contain all the deliciousness of a happy and fulfilling future.

None displayed but Christian values are evident and prevail in the interactions amongst the characters.

April is loyal and relentless in bringing healthy food options to her social media followers; Rob is supportive and helpful beyond expectations; April’s family is encouraging and allows April the freedom to pursue her dreams.

Wine with dinner; no unruly behavior or abuse of alcohol.