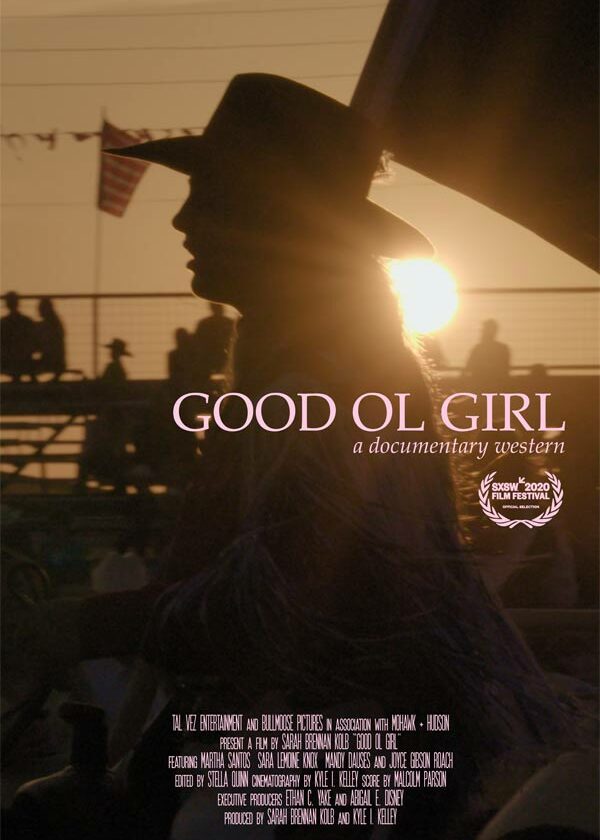 The documentary film Good Ol Girls explores the changing landscape of the “Cattle Kindgom” in the modern West — a place where the male cowboy mythology now answers to an authentic, and some would say, subversive female story. The narrative follows three Texan women, Mandy Dawson, Sara Lemoine Knox, and Martha Santos, in separate locations of Texas, who are involved to some degree with being a ranch managers.

Mandy isn’t even from Texas; she is a Virginian, who left home to follow her dream of managing a ranch, against her parents wishes. Sara struggles between what she feels is a responsibility to carry on her family’s legacy by honoring her father, who constantly pressures her into taking over the family ranch; and her dream of being a lawyer, which is her current profession. She asks herself: “Is this my identity; is it tied to this property?” She was personally given hundreds of acres at the age of 12, and is integrally involved in the running of the entire ranch ongoing.

Martha, on the other hand, would give anything to manage a ranch like what Sara has, as she too seeks to continue to honor her family’s legacy. While Sara and Mandy help oversee hundreds of acres, this work involves a mass amount of responsibility for animals, people, and land, and the stress and pressure on them both, especially Many, to keep it together, is palpable at times.

While each of these women’s stories is touching for various reasons, the love of the land and the desire to leave a legacy is the thing that continues to drive them forward. While Sara is a lawyer by profession, she is also very active on the family ranch and assumes a great deal of responsibility as her father ages. Her other siblings have moved on to different pursuits, and the older generation talks of how the younger ones are not “coming to the table.” She and her father talk often of what will happen to the land when he is gone, and she is visibly torn about how to move forward with her life, but her dedication to her father seems to be winning out.

While Mandy does not personally own the land, she has ranch bills to pay; people to manage; and sick animals to tend to, among other grave duties, such as herding cattle herself. While she smokes and drinks throughout, the pregnancy she discovers and her pointedly absent boyfriend, both leave a major impact on Mandy’s experience, as she breaks down in one scene while discussing how important it is for her to have a partner in ranching and in life. She appears to be “settling” with some of her current choices, and there is a sadness surrounding this.

By some contrast, Martha’s journey is slightly different, while she is driven to honor her own father, who hails from the industry, having left a family legacy in Laredo, he was pressured to sell his land – the family talks of ranching as a dying art. Martha, however, wants to own her own ranch and is actively looking for opportunities, which are scarce since so much land has been commercialized. She has to support herself in the meantime, so we see her endlessly job hunting, which as she states, is a full time job in itself. There is a mystical quality around her expression of yet realizing her dream but never giving up.

We are asked to consider in this movie that an era is becoming extinct as farmers increasingly give into the large industrial complex and sell big portions of land that are turned into parking lots for 18 wheelers. The question remains “what needs to change in order to survive?” Thus, there is both a mournful and hopeful mood about this little film, as the viewer witnesses the jarring transition between generations that illuminates the weight of heritage and tradition. As the old guard wanes, these three women stand amidst the vast ranch lands of Texas as the now most viable options left to carry on the legacy of the great American West.

Good Ol Girls is an inspiring and insightful glimpse into the lives and hearts of three cowgirls, whose dreams are to carry on the tradition and legacy of the Texan cattle ranch and the Western American dream of freedom through ownership of space.

One main character mentions God and faith throughout.

Main characters grapple with personal sacrifices in order to sustain an American legacy.

One main character smokes and drinks casually in several scenes.