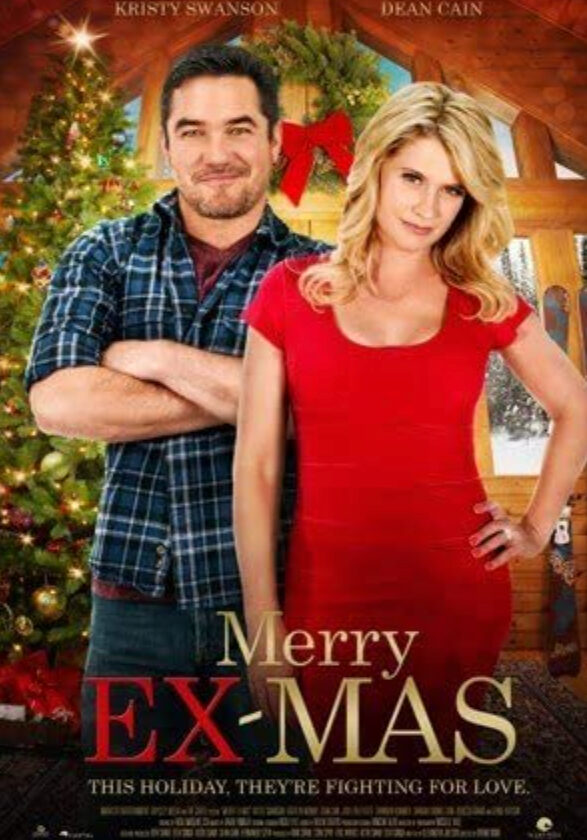 During a blizzard at Christmas, a man becomes snowbound with his daughter, ex-wife, former mother-in-law, and his ex’s wealthy suitor.

Merry Ex Mas is a fun rom-com about Neolle Rogers (Kristy Swanson), a wedding planner, who firmly believes the propaganda that her famous husband Jessie Rogers (Dean Cain) has cheated on her. Though he professes his innocence throughout, even after their divorce, she refuses to believe him. As they navigate separation and co-parenting, she becomes involved and eventually engaged to Flynn (Locklyn Munro), who has some under-handed motives of his own.

Comedy ensues as Noelle’s and Jessie’s teen daughter Carrie (Shannon Kummer) does all she can to derail engagement plans, especially when they all get stuck together in a mountain top snow storm at Christmas. Further comedic relief is seen throughout with Noelle’s mother Claudell (Sharon Thomas Cain) helping manipulate circumstances. While Jessie’s seeming girlfriend prances about provocatively in tight fitting clothing that reveals plenty of cleavage, she surprisingly offers up relationship wisdom, as this film has moments of more serious considerations when ideas of faithfulness, meddling, and trusting and supporting one’s spouse are discussed and put to the test.

Flynn’s lawyer Ashley (Jodi Lyn O’Keefe), who is along for the ride as his support buddy, will likewise have the viewer chuckling, as escapades get increasingly out of control. Jessie and Flynn have a rough moment where Jessie shoves him aggressively, and Claudell makes a surprise business deal at the end that is morally questionable, but the pastor brings in notions of what is right before God, and highlights Jesus as the main point of Christmas; furthermore, the idea of virtue reigns supreme in this film as Jessie never gives up on his one true love.

For a holiday rom-com that is sure to keep the viewer engaged, Merry Ex Mas is a sweet holiday treat.

Husband remains faithful to ex-wife under unfounded accusations, and duress.