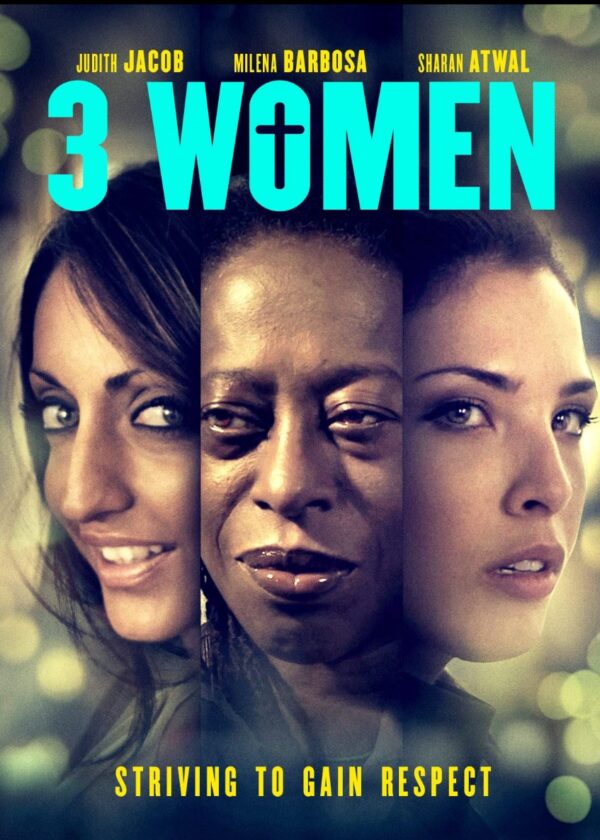 3 Women is a powerful yet touching drama examining the lives of three disparate women reliant on their faith as they strive to gain respect as they go about their lives in their corner of London.

This movie features a story that takes place in England, with three women who face hardships, and various ministers who want to point them to Christ. The character of Pre (Judith Jacob) is in an abusive relationship, Nicola (Milena Barbosa) is a career executive in a man’s world, and trying to earn respect among her peers, while Sajmal (Sharon Atwal) has a brother in a gang. Self-hate is one of the things that is examined in the film.

The movie lays bare the difficulties and hardships of life, and the fact that God allows things to happen so that people may look to Him. The various three women deal with questions and, in some cases, bitterness, but the men of God in the story do their best to help them. We see a family gathered around a patriarch in the hospital who is about to pass away. And a woman, after helping her kids do homework, is confronted by her husband, a police officer, who demands his dinner when he returns home, and who acts as if she did nothing that day. One woman’s husband calls a pastor a “door salesman” and the pastors themselves meet to discuss what their various approaches are to help people in need. One pastor, with a congregation of 400, says what he is doing is “not working.” And there are some good lines in the movie, such as when one of the three women, who says she has a man of “stature” (who is abusive), is told that what she needs is a “man of God.” She cares about her boys which is why she has hung in there as she has.

In one scene, a police officer asks a question that is an important one: “Why can’t we all just get along?” The problems that prevent this are shown, such as the selling of pills, and of drinking, not to mention physical shoving between characters, and intense tension. This movie doesn’t sugar coat anything, but it shows realistic characters dealing with real-life problems. One woman says to a pastor, “We’re nothing more than rats on a treadmill. Why are we willing to kill one another?” And racism is a topic in the movie too, as one character states, “He’s a black man with a white girlfriend, it’s so white guys will hate it!” And the gangs definitely find ways to get into trouble.

And respect is something not easily earned in this movie. As one lady says, she is educated, a nurse, saves people’s lives, but, “Do they respect me? They don’t even know me.” She is told, “God knows.” And a wonderful song is included, which features the lines, “I surrender, with a willing heart, and I give my all to you.” It should be noted that the music score in the film hits the right notes and is well done.

Without spoiling it, the movie has a satisfying conclusion, and it has earned our Dove seal for Ages 12+.

As a large cross is seen inside a church in the film, this movie points the broken and crushed souls to the Lord and to the cross.

Various pastors are trying to help people; God and the Bible is mentioned; the inside of a church is part of a scene.

Various people help one another; a nurse helps people in a hospital although she doesn’t seem to be appreciated; pastors counsel people in order to help them and to point them to God.

A woman was sexually abused as a child; a man is unfaithful to his wife; a woman talks about “lust and penetration”; a man is seen with a hickey on his neck; a woman mentions a married man hasn’t been in touch for four months but now wants her for a “couple of hours.”

OMG/M/G; H; “Dunce Head”; “Moron”. It should be noted that some of the British accents are hard to decipher and we caught no other strong language.

A gun is seen passed to a character; shoving between characters; a gang pursues two characters.

Drugs are in a young man’s pocket; drinking and what looks like pill-taking happens outside at night; wine is seen and is consumed by a woman.

A woman’s bare mid-riff is seen.

Tension and arguments between characters; a woman questions the existence of God; “Allah” is mentioned and there are pastors and a church scene included.