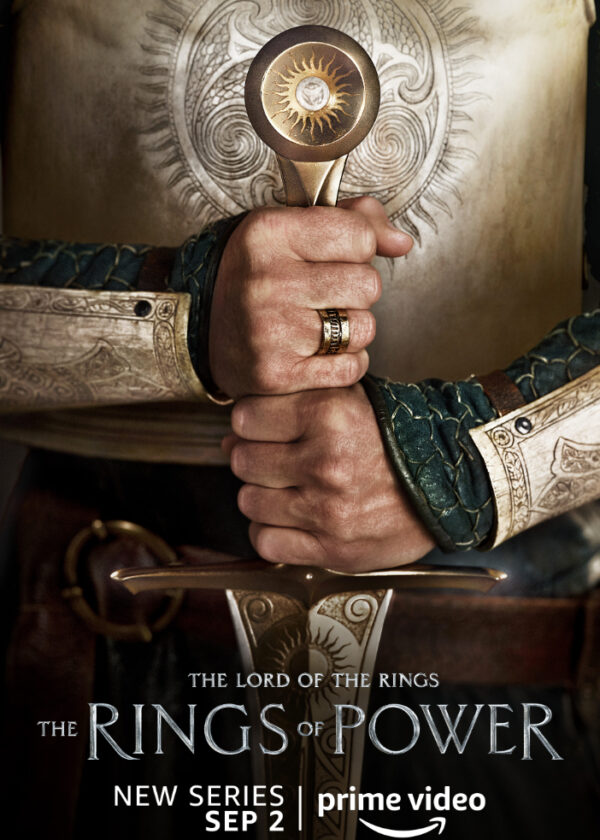 The Lord of the Rings: The Rings of Power

Epic drama set thousands of years before the events of J.R.R. Tolkien’s ‘The Hobbit’ and ‘The Lord of the Rings’ follows an ensemble cast of characters, both familiar and new, as they confront the long-feared re-emergence of evil to Middle-earth.

“Evil doesn’t sleep. It waits.” Galadriel makes this statement while other elves argue that Sauron is gone. They try to convince her that the war is over, but she believes that he still lives, biding his time and growing in strength. She knows that sometimes evil waits until they are comfortable.

The Rings of Power is an Amazon Prime show that takes place during the second age of Middle Earth in The Lord of the Rings lore and mythology, thousands of years before the movies by Peter Jackson. In the first two episodes, several characters are introduced, both new and familiar. Galadriel and Elrond are people from the movies, yet they are young and not yet the powerful elves from the films. There are a few new elves, like Arondir and Celebrimbor, along with a young harfoot (hobbit) Nori. For the dwarves, we see Prince Durin and his family.

The evil devil-character, Morgoth, has been defeated by the elves, as has the evil Sauron. It is a time of peace, and most people believe that the battles are over. Of course, evil is returning underground and in the darkness, and different characters begin to realize this in their own towns and places. An epic story is being set up through the first couple episodes.

These stories aren’t original to Tolkien’s writings, not even in the Simarillion, but fans of The Lord of the Rings will find the style and visuals consistent in quality. The familiar characters are put in a new light, giving viewers more of their backstory in an exciting new narrative, and the cinematography and visual effects are top quality. The themes of good versus evil, light and darkness, and friendship across races and cultures are in line with Tolkien’s work and world.

For parents, there’s no sex, profanity, or drug use. The creatures are scary, and the violence is bloody in the fantasy style of The Lord of the Rings, which could give concern to some with younger kids.

The Rings of Power is a great series for any fantasy fan, especially those who enjoy Lord of the Rings, with important themes of good and evil and why people should remain vigilant against lurking evil.

For fans of Tolkien, Valinor symbolizes heaven. The elves fight to defeat Morgoth, who is a type of the Devil. People/humanity tempted by Morgoth.

There are discussions about following the light, how to follow the light, and the responsibility of fighting against darkness and evil. Elements of friendship between different cultures.

Stranger man falls from the sky and is in small shorts.